Commuters walking near State and Madison streets in downtown Chicago had a striking new image in their sights Tuesday morning: a giant, bright-yellow, six-story mural on the north side of the Stevens building. 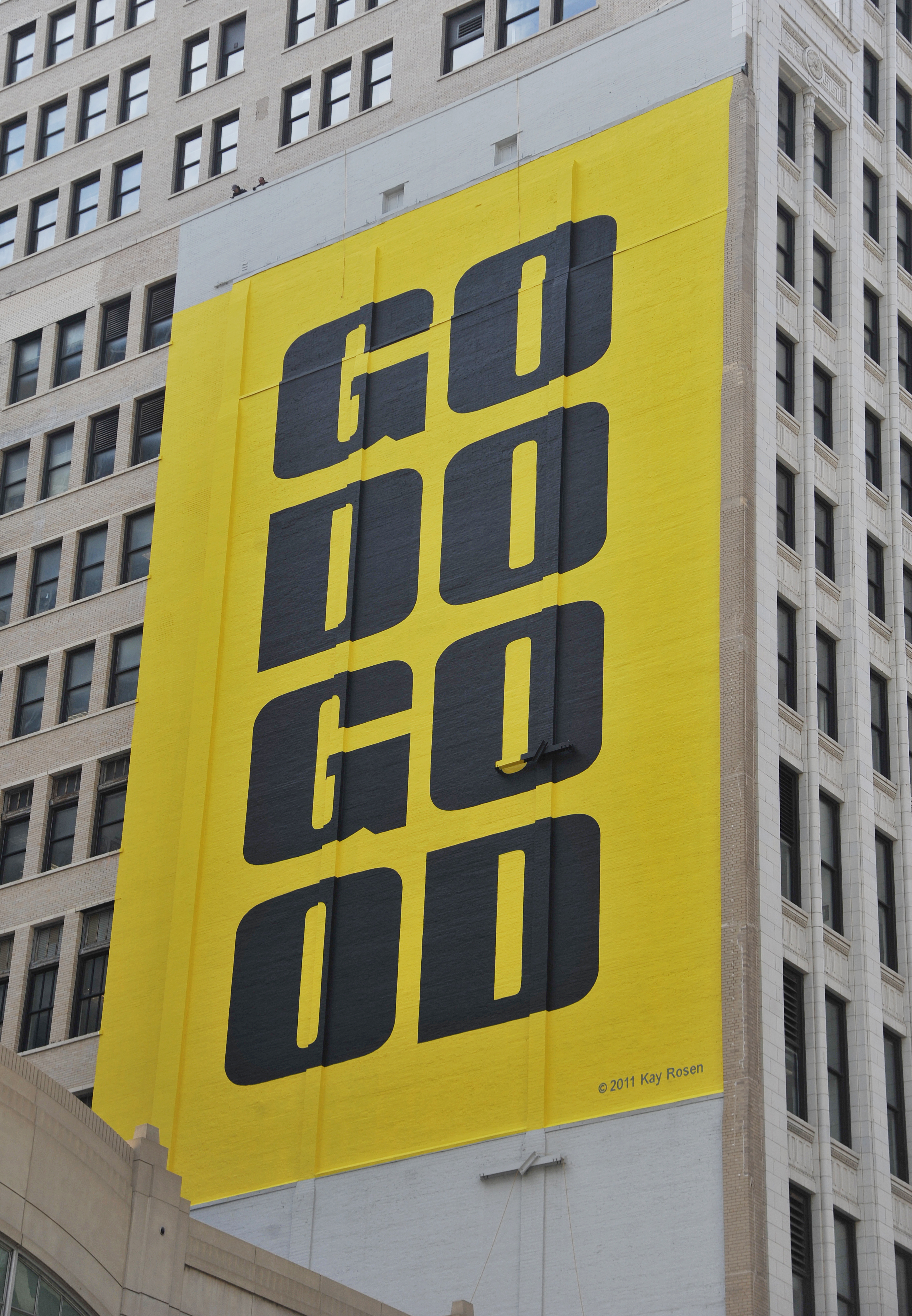 The mural is a work of Midwest-based designer and artist Kay Rosen. It's also the emblem of a new initiative by the Chicago Loop Alliance in conjunction with the United Way of Metropolitan Chicago, which is hoping to inspire 100,000 good deeds by Chicagoans this summer.

"We are using the art as a call to action for Chicagoans to make a difference," said Ty Tabing, executive director of the CLA, in a press release.

Chicagoans can visit the website of the initiative, GoDoGoodChicago.com, to find out ways to join citywide volunteering efforts, which will focus on youth literacy in the month of June. But they're also encouraging good deeds of the more everyday variety.

"It can be as big as getting involved in one of our volunteer projects, or maybe you just thank your bus driver, hold the door open for someone, help someone with their bike up the stairs," said Sarah Frick of UW-MC to Huffington Post Chicago. "Small acts and large acts, those all add up."

People are encouraged to mention their good deeds to the project on Facebook or Twitter; they will then be counted on a sculptural "barometer" on State Street toward the organization's goal of 100,000.

In addition to the mural and the barometer, there will be a related installation at the State/Lake CTA station, and a series of banners on State throughout the Loop. The works are part of Art Loop 2011, the second annual summer public art project that brought us the giant eyeball sculpture last year.

"What a great way to connect art into action," Frick said. "We're really excited to see the results."