Rwandans and foreigners alike gathered in the thousands to celebrate an extraordinary event last week: Kwita Izina -- the annual naming of the baby gorillas. This year, 20 baby gorillas were named. Just 30 years ago, it seemed implausible that there could ever be such an event. The gorilla population in 1978 had dwindled to 262. Today's population is up over 400. That's an extraordinary accomplishment for a slow-reproducing large mammal. How did this happen?

Bill Weber and his wife Amy Vedder, who lived with the gorillas in the 1970s, are central to today's success. They chronicled their experiences in the wonderful book, In the Kingdom of Gorillas. Both worked closely -- at times tempestuously -- with Diane Fossey. Vedder spent over 2,000 hours studying and habituating the gorillas to human observation, while Weber considered the bleak challenges faced by the small population. Ultimately, the then-controversial conclusion Weber reached was that tourism could potentially save the gorillas and would certainly not do any more harm than was already occurring at the time. 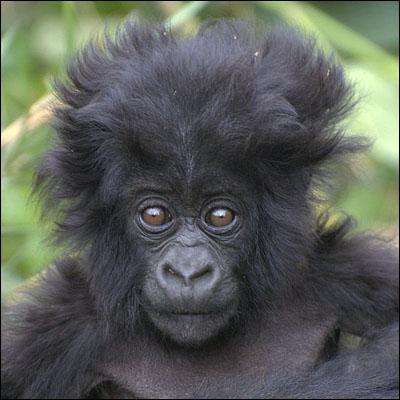 Time has proven Weber right and resulted in one of the great conservation success stories of our time. In 1978, the gorilla park saw about $5,000 in revenue from tourism. This year, 18,000 people will come to Rwanda to see the gorillas for $500 per ticket and generate $25,000 in daily revenues. More compellingly, while Weber still advises the conservation efforts in Rwanda through the Wildlife Conservation Society, there are dozens of capable Rwandans who lead the programs on the ground. Local capacity has been built and the numbers look better and better; 23 babies were named last year and attracted a crowd estimated at 10,000.

Unfortunately, it's still a small, extremely vulnerable population, not far from the heart of one of the world's worst civil conflicts. Their habitat rests on the Congolese border and constitutes a mere 400 square kilometers of land. That's just about one gorilla per kilometer and the way our gorillas eat, Rwanda may have reached its optimal carrying capacity. There's now talk of expanding the perimeter of the park, but that's a challenging political endeavor given Rwanda's standing as the most densely populated country in sub-Saharan Africa. It's a huge shift for today's conservationists to be scratching their heads about what to do about too many gorillas, as opposed to addressing issues of near-extinction.

Some gorillas are now leaving the park and chewing on eucalyptus trees. Is that because they've discovered they like it or because conflict in Congo is pushing populations into Rwanda and straining food resources? It's tough to say just yet, but today's challenges beat those of a few decades ago. Yesterday's poachers are now today's gorilla trackers, and substantial funds from all proceeds are being invested into neighboring communities. So the current gorilla scoreboard continues to look promising: Gorillas 20, Humans $25,000 per day.