LESBOS, Greece -- Everywhere you look, up and down this coast, there is evidence of the perilous crossing from Turkey to Greece. Life jackets, inner tubes and shredded rubber boats have become a fixture on the shores of the idyllic island of Lesbos.

I had seen news images of the mountains of orange life jackets along the beaches, so I wasn't surprised when I arrived and saw those. What I didn’t expect was the children’s pool toys mixed in with the debris.

The first one I noticed was a child's Spiderman life jacket, the kind made for a fun day splashing in the pool. Just a few steps away, I saw an arm-band floatation device decorated with a smiling crab. I started to walk up the beach, and for the first time really took note of how many kids' pool toys there were. I was blown away. Every few feet, there was another one.

A princess armband. A race car ring intended for a toddler. Dora the Explorer and other kids' characters slowly deflating in the Aegean sun. It hit me hard -- I thought back to when I was a kid playing in pools with similar toys. These items designed to bring children joy and laughter had been used in desperation by families fleeing war in search of a better life. Toys intended for a sun-kissed paddling pool were instead used to potentially save the life of a frightened toddler as he or she crossed from Turkey in the cold, dark night.

If anything can represent the true makeup of the refugee population, it should be these images. These toys weren’t used to protect terrorists from drowning; they were used to protect innocent children from a crossing they should never have to make.

I glanced at the back of one of the little life jackets. The instructions sent a shiver down my spine. "Warning: This is not a lifesaving device.” Every day, refugee children are crossing the Aegean Sea with toys strapped to them in hopes that the inflatable devices can save their lives.

Later we heard that a boat capsized shortly after departing Turkey. Three children were reported to have drowned.

RYOT and The Huffington Post are teaming to up present "The Crossing," an immersive reporting series hosted by Susan Sarandon chronicling the refugee crisis as it unfolds in Greece. Read Susan's blog about the project here.

At Lesbos, Children's Pool Toys Are Troubling Evidence Of Dangerous Journey
The Crossing 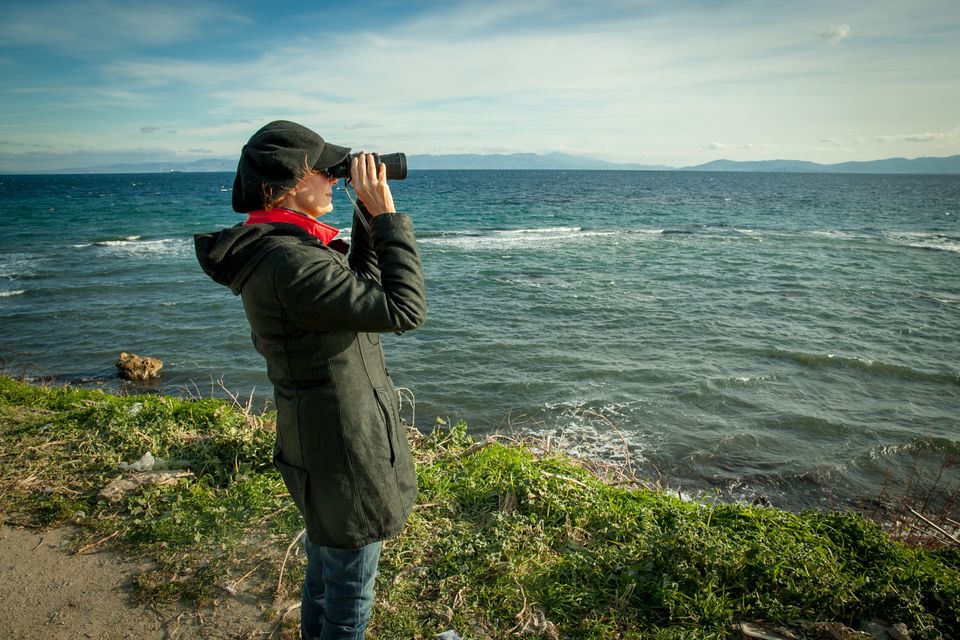