Grover Norquist, the founder of Americans for Tax Reform, had a few interesting picks when he was asked who would be in his ultimate "fantasy" political lineup at Burning Man, the week-long counterculture festival that the conservative advocate attended this year.

In an interview with Fusion’s Cleo Stiller to be aired Monday, Norquist said his dream team would consist of politicians who brought a mix bit of athletic, artistic and technical skills, including Rep. Dana Rohrabacher (R-Calif.), because “he’s a surfer, he would be a natural in here.” He also would draft Rep. Kevin McCarthy (R-Calif.), and Rep. Darrell Issa (R-Calif.) because “he’s a high-tech guy.” The only non-Californian to make the cut was Sen. Rand Paul (R-Ky.). According to Norquist, Paul “would be perfect. I think if he came out here, he’d carry the art vote.”

Burning Man occurs annually the week before Labor Day and is a celebration of art and self-reliance. The environmentally-friendly atmosphere in the Nevada desert is absent of trash cans, and participants take their garbage with them when they leave. This year an estimated 66,000 people from around the world attended the festival, according to the Associated Press.

Watch Norquist's interview with Fusion above. 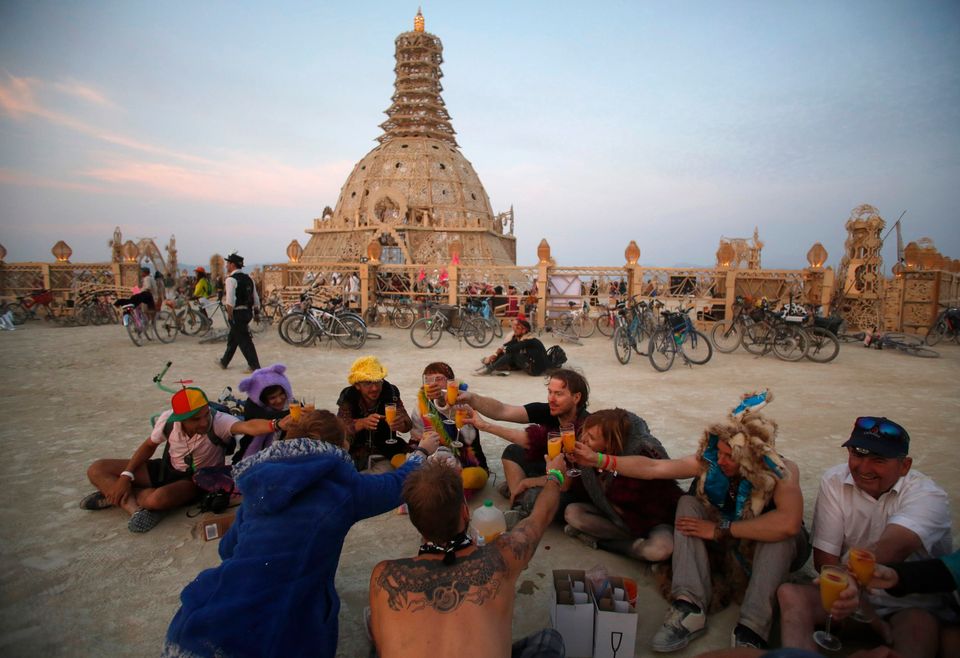