Normally when we think of creating a portrait most true to life, we conjure an image of a photorealist depiction, every freckle and eyelash and wrinkle in its place. However, such a rendering mimics a photograph of the person, but not the person. 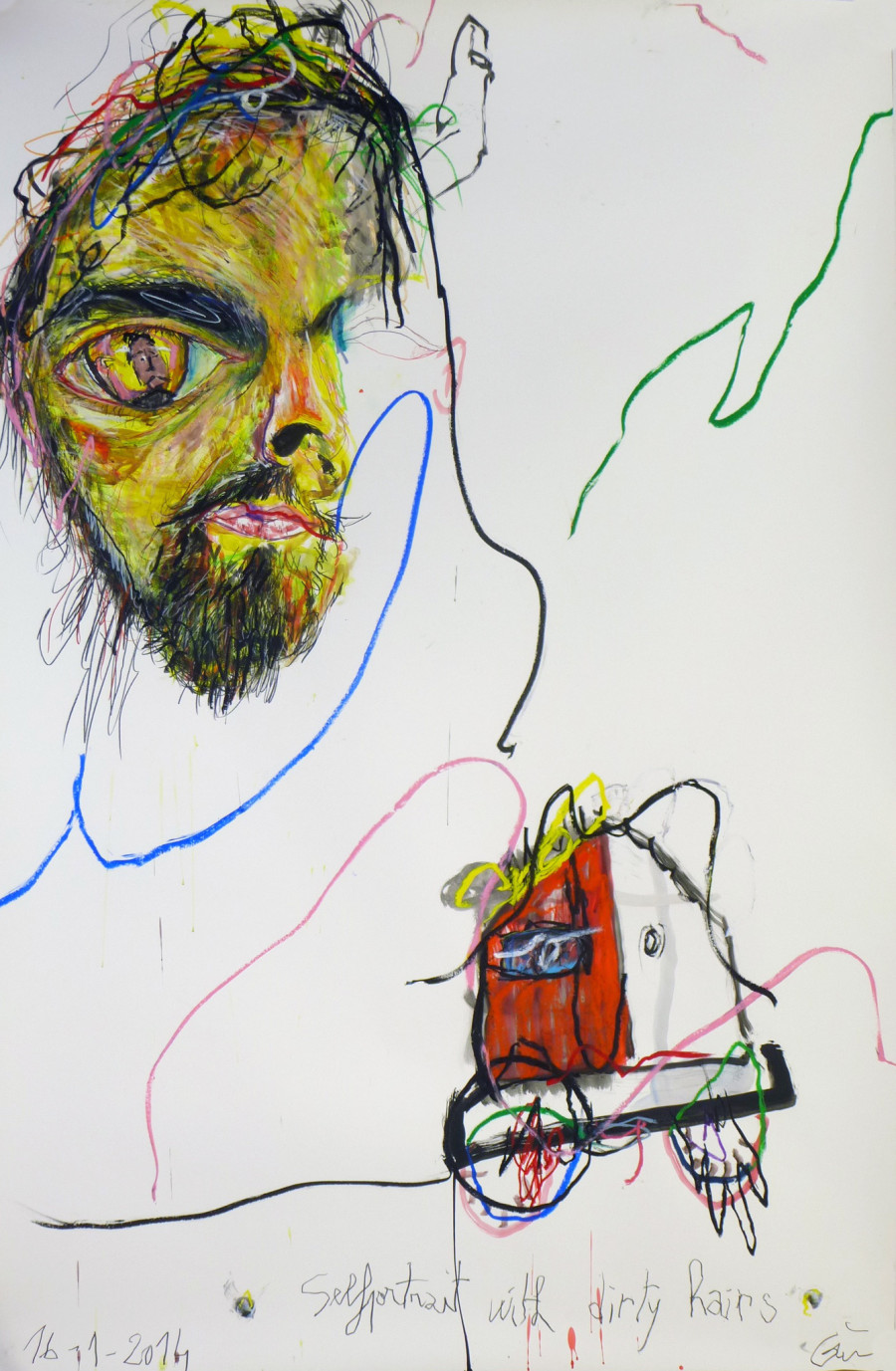 Bruère's portraits are as wild as they are sparse, resembling the cross-pollination of Egon Schiele, Pablo Picasso and a child's frenzied doodle. His ongoing exhibition at Nahmad Contemporary presents a radically intense return to portraiture, an art form that's threatened to wither away in recent times.

It was husband-and-wife curators Simon and Michaela de Pury who discovered Bruère's work, when it showed at the Fondation Van Gogh in Arles. "I was blown away by [the portrait's] raw intensity and power," Simon expressed in a statement. "At a time when a new academism of process-based abstraction has become the norm amongst emerging artists it was a refreshing experience."

We can agree with de Pury on his assessment of the current state of contemporary art; a dreary phenomenon that's been coined by Walter Robinson as Zombie Formalism. The academic, safe and generic have rewired so much of contemporary abstraction, and now portraiture, a traditionally representational tradition, is actually the weirder one. 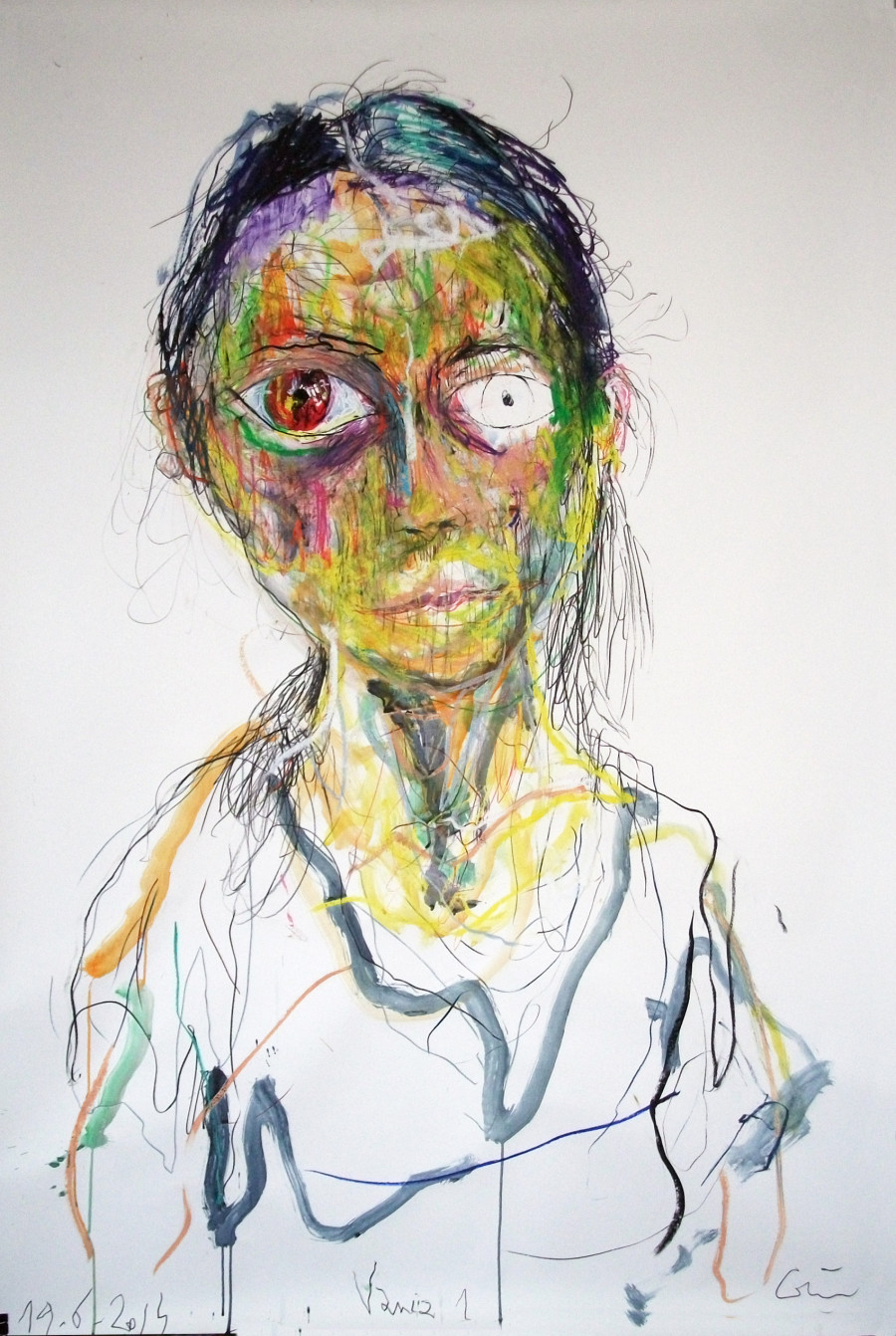 Bruère's creations are hybrid creatures made from oil pastel, watercolor, acrylic and graphite, applied in a series of seemingly infinite permutations and combinations. Eight works in the show belong to a series titled "Vanilla," based on a coworker Bruère became obsessed with. As you might have expected, the renderings barely look like the same species, let alone the same subject. One Vanilla has three eyeballs placed under her mouth while another wears running clothes and is horizontal and vertical at once.

The works and the radical difference embedded within them speaks to the complexity of human beings. To capture his subjects' appearance without hesitation, Bruère tries to work faster than the pace of his own consciousness, creating art rapidly in a trance-like state. Inspired by the philosophy of Emmanuel Levinas, Bruère strips his work of all preconceived notions of his subject, truly recording a human-to-human encounter as it exists in the moment. According to Levinas, what makes us truly human is our ability to encounter one another without prejudice or predisposition. It's no easy task.

"Vanilla" is as conceptually rigorous as it is visually addictive, with bright colors, squiggly lines and alien forms that float, crawl and multiply. The fact that these abstract depictions could actually capture more of their subject than a traditional oil painting ever could? That's an idea we want so badly to be true. Find out for yourself at Nahmad Contemporary, where the exhibition is on view until October 1, 2014. 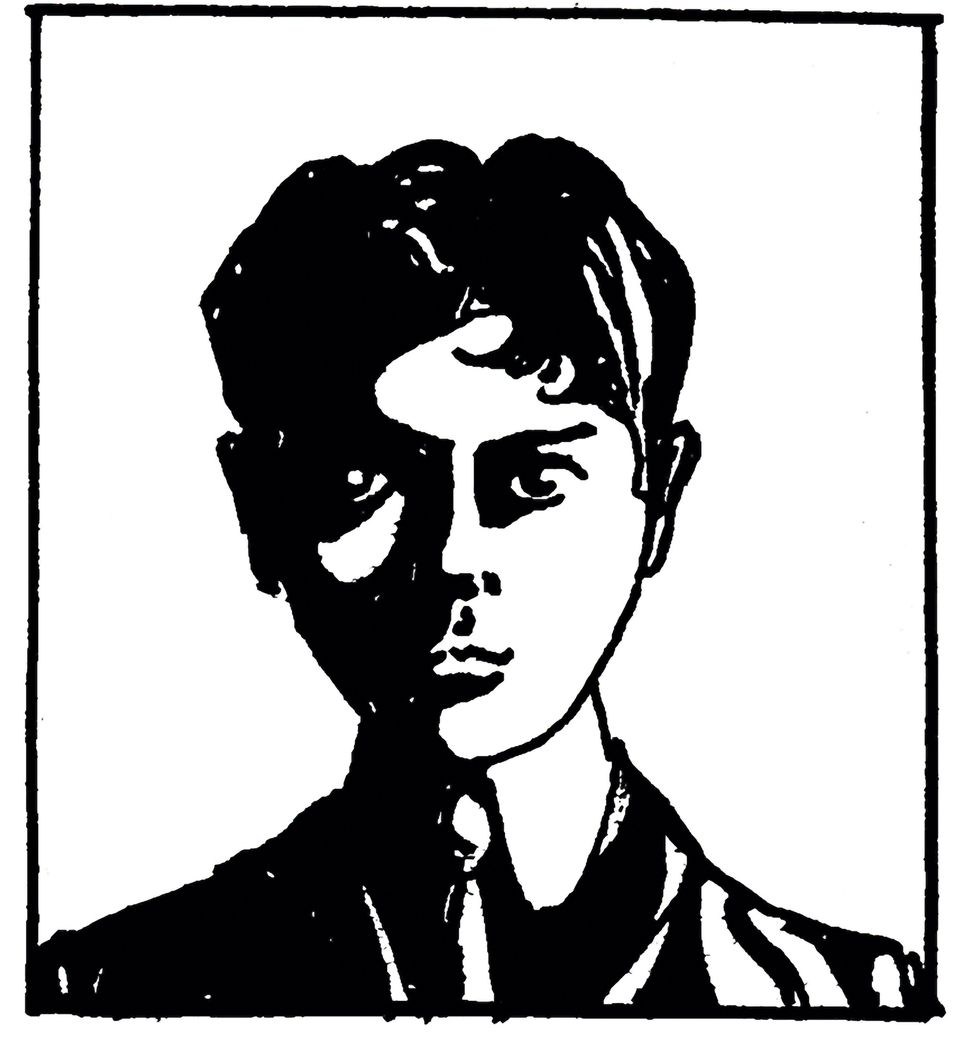