Ladies, we're (well you're) in a weird place. Since the boom of the 80s and birth of the early 90s women have been told they must "have it all". The HBO shaped modern woman is empowered and driven, and if she decides not to take advantage of all the equal opportunities laid casually at her feet she is old fashioned and anti-feminist. Work like a man, play like a man, dress like a diva.

Yet, despite that narrative there is still a patriarchal pressure on women to make marriage the ultimate goal, a pressure that says kids are the only legitimate life choice if you want to fulfil your purpose, and looking after them is your only priority. On one hand, you must have a thriving career, yet if you put in the amount of effort needed to be really successful, you're neglectful and have your priorities all wrong. Literally, what's a girl to do?

Now, I am not female or a mother, so you might ask what right I have to pass comment on either, but bear with me and forgive the anecdotal nature of the next few paragraphs, I have a bigger point I promise.

My own mother went back to full-time work when I was a matter of months old. My mum is extremely independent, and she is as strong-willed as she is loving. While she has always been brilliant when it comes to being my mum, she also had interests and goals besides raising me and my sister. We always came first, but we weren't the only important thing in her life.

Which takes us to the nanny I had as a kid. Rosie was Poppins level excellent. Supercalifragilisticexpialidociously fun, firm, kind, caring and devoted. I couldn't comment on how long it took for her to become a part of our family, but 26 years later she remains firmly a part of the picture. Presumably not every nanny is as excellent, and I'm sure many people have unpleasant child care experiences not far short of a Roald Dahl villain, but we struck it lucky. 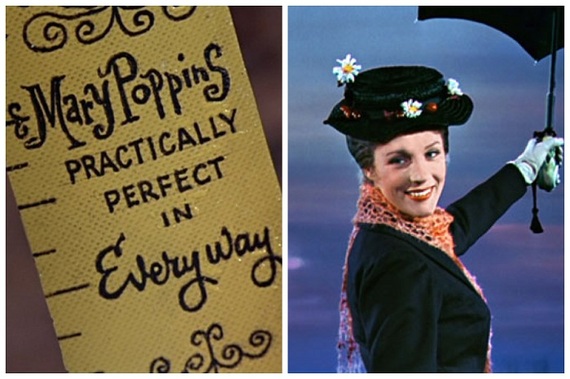 Despite employing a wonderful and capable woman to help with us, and spending half her teaching salary to do so, I know my mother faced a level of judgement. Be it from colleagues or other parents, many felt she had her priorities all wrong. Also, I know she won't mind me saying, I get the feeling that over the years some of that judgement has crept into her own memories and views of the decisions she made at that time.

The interesting thing is none of those feelings or judgements have ever impacted my life. I never felt someone else was taking my mum's place, or that my mum was absent. For every moment that matters, for holidays and birthdays and heartbreaks, my mum was there. I just also have memories of days out with Rosie and her meeting me at the school gates. Okay so this isn't The Help, we didn't have a live-in nanny doing all the day-to-day parenting, but given the negative reaction I have encountered over the years when getting into the nanny debate, we may as well have.

I was born in the late 80's, but even now when I tell people I had a nanny the response I often get is still negative. The assumption is my parents must have been extremely wealthy and somewhat disinterested, both of which are falsities. The thing is, if I had never encountered those reactions I wouldn't even know my mums work life balance was up for debate. Children only know the world they live in and have no reason or ability to compare. Providing they know their parents love them, what's the big issue if somebody else cares for them too?

There is so much written about barriers for women in the workplace, and from people far more capable than me when it comes to articulating the issues, but it is interesting to be a case study for the childcare debate. A recent study from Harvard Business School showed girls raised by working mothers are likely to be more successful at work while boys raised by working mothers are likely to spend more time caring for family members. Ultimately they found that it is women who work and take a 'non-traditional gender role' that may hold the key to eroding gender inequality. Considering nobody has ever, to my knowledge, questioned my dad's childcare arrangements, I would say that is a pretty important key. 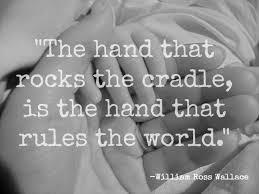 That study speaks volumes about the value of working mothers. When it comes to being a parent there are far better (or worse, I suppose) ways to ruin your kid's life than employing an extra pair of hands. I was lucky, that pair of hands turned into somebody I love very much, but even if they hadn't, seeing how much value my mum placed on dedication and working hard has given me an enormous respect for her and the many others like her who choose to make sacrifices and walk the tightrope of a home and work life balance. It's not about a lack of respect for women who don't work; it's just about legitimising the choice and removing the guilt.

I've always imagined trying to do all the different things you are 'supposed' to do as a woman must be exhausting, especially when those things contradict each other. Many parents agonise over childcare decisions, and of course it's a decision that needs careful thought, but whether you opt for a nanny, nursery services or just help from friends and family, I can tell you I had that in my life and turned out pretty much OK. My sister turned out better, but that's a whole other article.

Voting Made Easy
Register to vote and apply for an absentee ballot today
Register now
More:
mumsChildcareChildrenParentsnanny
Newsletter Sign Up
Raise the kind of person you'd like to know
Subscribe to our parenting newsletter.
Successfully Subscribed!
Realness delivered to your inbox