In synchrony with their philosophy of "indulging in the finer things in life for a deep appreciation of humanity and nature," The Orpheus Luxury Collection proudly hosted a fundraiser to benefit the Hellenic Education & Language Program (H.E.L.P.) recently in Astoria, Queens as part of its Philanthropy Through Travel Initiative. 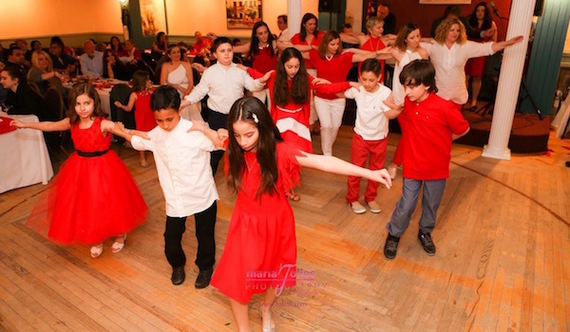 The children and the mothers of H.E.L.P. dancing in unison.
Photo: Orpheus Luxury Collection. 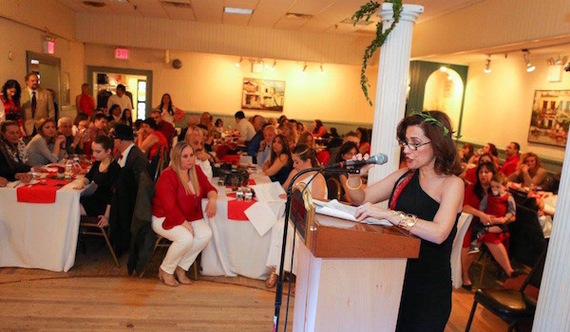 The Hellenic Education and Language Program is a not-for-profit, community-based initiative of the Hellenic diaspora of America and its purpose is to sustain the Hellenic heritage, culture, and language. The goal of the event was to raise necessary funds to ensure the survival of such a program that provides opportunities to existing and future students being educated as the Hellenes -- the humanists -- of tomorrow. 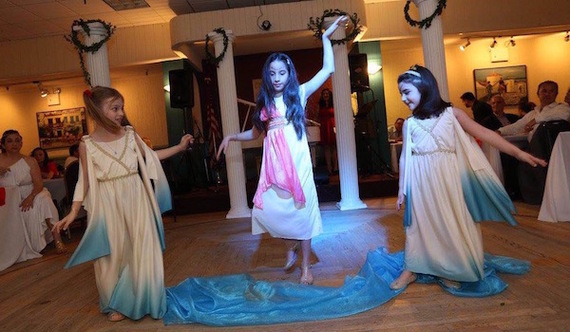 An invaluable cause very dear to Georgia Nomikos is reflected in her personal belief in preserving the Hellenic language and ideals, as well as the identity and knowledge, for generations to come. As Georgia has repeatedly stated "It is these ideals that we have an obligation to pass down to future generations, for the betterment of our Humanity today - and the future." 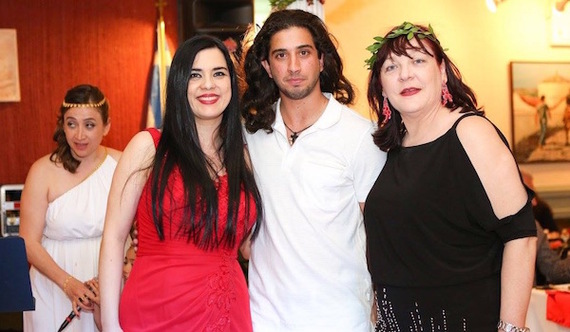 The event aptly themed, "Eros in Muse," highlighted the beauty and dynamic force of Eros with unforgettable and thoroughly entertaining performances of music, theater, poetry, dance, and art. 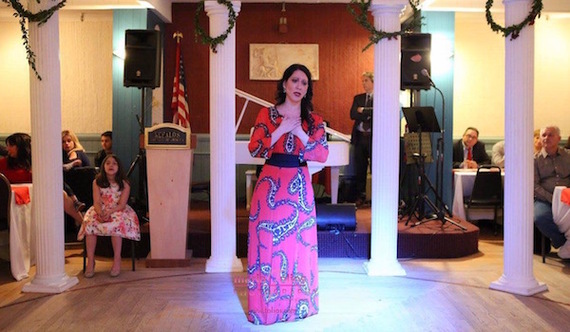 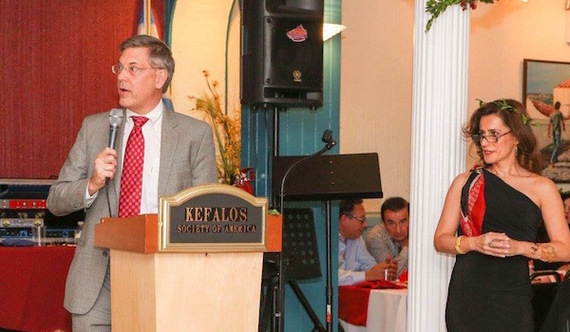 The author spoke on the need to spark H.E.L.P. with Georgia Nomikos.
Photo: Orpheus Luxury Collection.

The program opened with the dynamic soprano, Eleni Calenos, who impeccably performed Vissi d'arte from Puccini's Tosca and song to the moon. Praised by The New York Times, Wall Street Journal, and The New Yorker for her outstanding and memorable performances, Eleni was truly inspirational, winning the hearts of the audience. 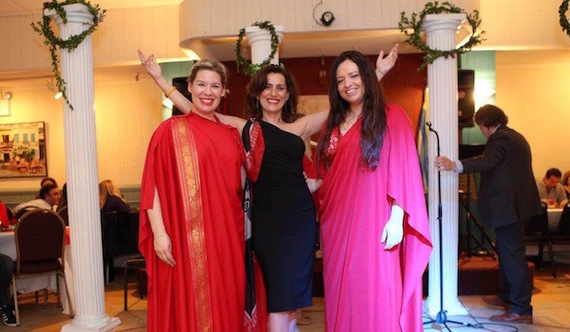 Their repertoire of the famous classic Hellenic tragedies of Sophocles' Antigone and Euripides' Hippolytus rendered, in both classic Greek and English, came to hypnotizing end with the monologue of Phaedra and her love for Hippolytus. 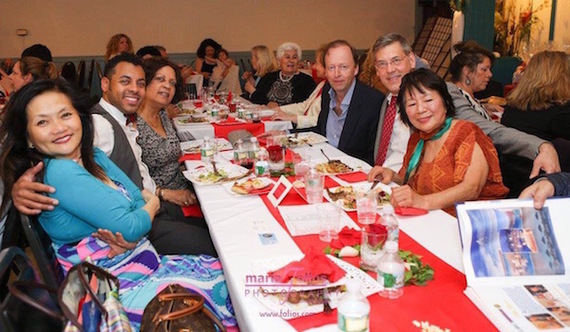 Many of the J. Luce Foundation team attended and supported the event.
Photo: Orpheus Luxury Collection.

The second part of the program opened with enthralling performances by Anna Tsoukala, a multi-talented actor from the National Theater of Greece, accompanied on piano by Gregory Post, composer, soloist, and graduate from Julliard and the Brooklyn College Conservatory of Music. 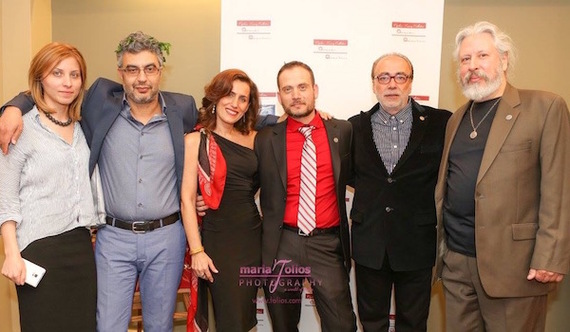 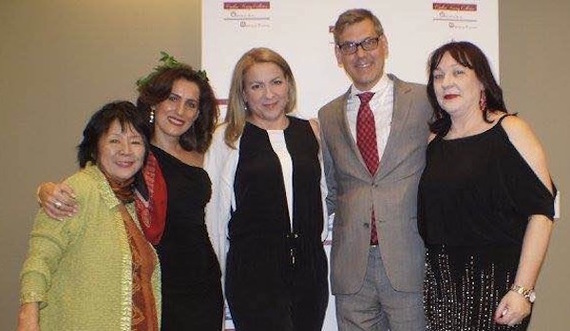 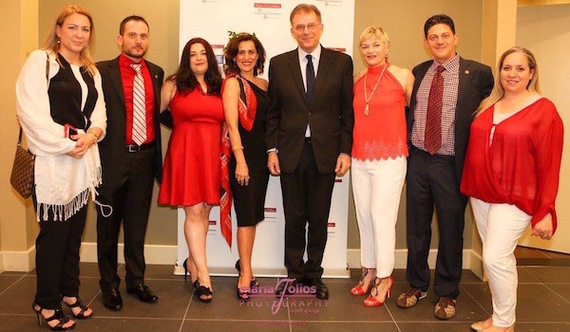 This is not the first time Orpheus Luxury Collection has organized and showcased such worthwhile causes. From their Aesthetics in Motion event (2013) to their Philanthropy through Travel Initiative (2015) and the Hellenic Fund of our foundation (2015), Georgia Nomikos continuously raises awareness with the greatest passion for such philanthropic endeavors. 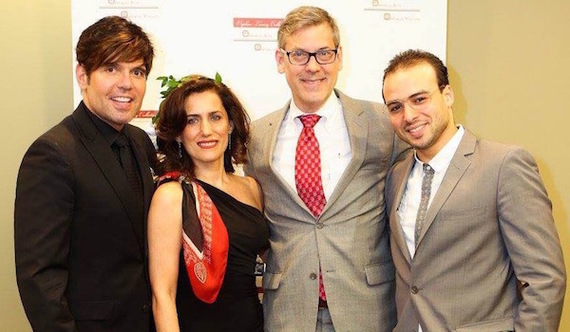 Our foundation greatly esteems and supports causes in tandem with our mission of supporting Young Global Leadership. We recently appointed Georgia Nomikos to our Board of Directors in recognition of her support of so many philanthropic events. Her enormous energy and benevolence to improve the lives of children worldwide, no matter their ethnicity, is extremely admirable. 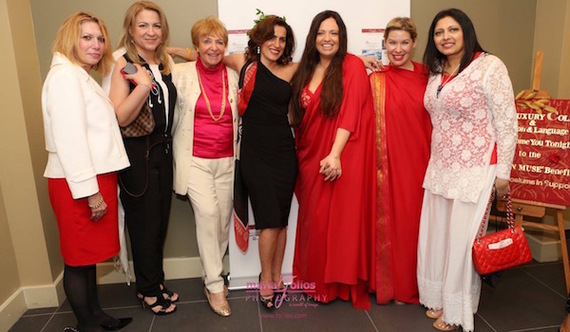 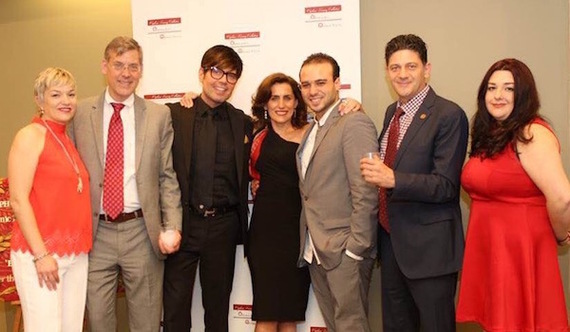 "And a good time was had by all." Photo: Orpheus Luxury Collection.

There existed the possibility of the Hellenic Education & Language Program (H.E.L.P.) closing its doors to the youth who call that place within their soul "Hellas." Thanks to the efforts of Georgia Nomikos and her Orpheus Luxury Collection, H.E.L.P. will continue to shine a light in the hearts of its students in Astoria for another year. Georgia Nomikos is a true thought leader and global citizen and her Herculean efforts are to be applauded.