Outsider Art was born in London, at least officially, in 1972 when the critic Roger Cardinal characterized the movement labeled by French artist Jean Dubuffet as art brut: art generated "outside" traditional circles, often by self-trained artists and sculptors snubbed and snickered at by uptown galleries and museums. The problem is that it's hard to stay an outsider once you've been discovered by the market.

A current show including of the Pop-Bizarre, including 25 Americans, at the Halle St. Pierre, an old market house just at the foot of Montmartre, is a case in point. It's called "Hey! Modern Art & Pop Culture Part II" co-sponsored by the would-have-been underground publisher Hey! 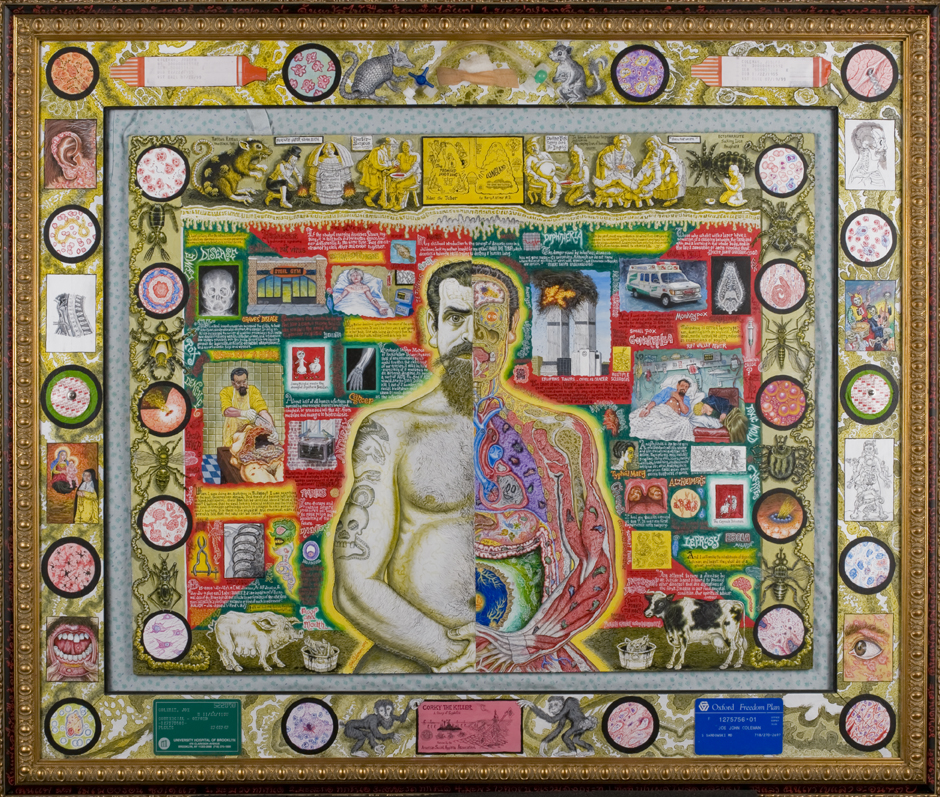 One-time comic book artist Joe Coleman's I Am Joe's Fear of Disease is a good starting point. Coleman paints with a single hair brush and wears a jeweler's loup, crafting intensely complicated objects and forces that inhabit and surround his object--in this case all the creatures that have invaded his chest. Coleman's turf ranges from Box Car Bertha to Charles Manson; his patrons now include Johnny Depp, Iggy Pop and Leonardo DiCaprio.

Brooklyn Sculptor Kate Clark's Male Bust, a creature that seems to be a young buck with green human feminine eyes is the show's poster piece and is surely emblematic of her interest in male, female and animal identities and how it is we understand and treat the diverse "animalities" within the human. Far from being an "outsider," Clark was formally trained at Cornell and the Cranbrook Academy. 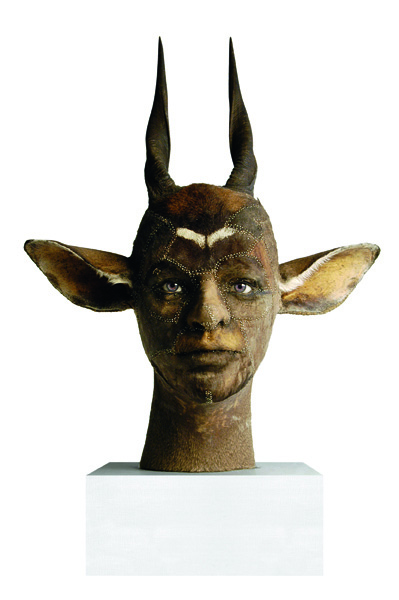 Her work, despite the elegance of its techniques, clearly skates on the plane that often houses both pop illustration and the narrative causes of outsider work. Still more representative is Norbert Kox, who spent his childhood in Green Bay, Wisconsin (otherwise known almost exclusively for the Green Bay Packers football team) where a standard portrait of Christ hung on his parents' wall. As a young man Kox worked on custom motor bikes and was part of the local "Outlaws" biker gang; by his own admission he had "hit bottom" at age 30 pickled in booze and various drugs--after which he returned to Pentacostalism. His intricate if surreal religious obsessions are hardly the sort most Pentacostal congregations would welcome, as in Secret Babylon, below. 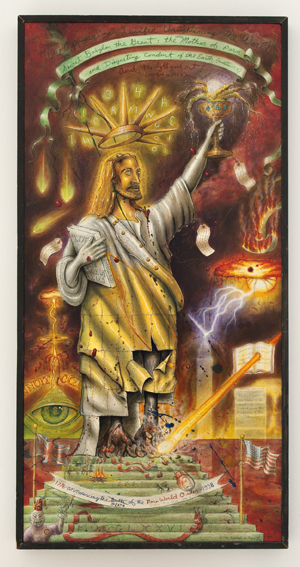 As in much outsider art, it's "outside" not only because the artists are often auto-didacts but also due to their pre-occupations with sex, violence, hell, religion and the afterlife. Subtlety is seldom nearby.

Todd Schorr, who grew up in New Jersey and was deeply inspired by fantasy film characters like King Kong and sundry Disney characters. He later made his way to the Philadelphia College of Art. Regarded as part of the "lowlife" pop movement, he too touches forbidden territories of sex and the savage, not least in his piece Hidden Neanderthal.

For a Japanese-neo Renaissance take there's also Masami Teraoka. Born in Hiroshima, he's spent most of his life in LA. Pop culture permeates his work from AIDS themes to MacDonald hamburgers invading Japan, to a series probing sexual abuses by Catholic hierarchy on almost any body they could get their hands on. 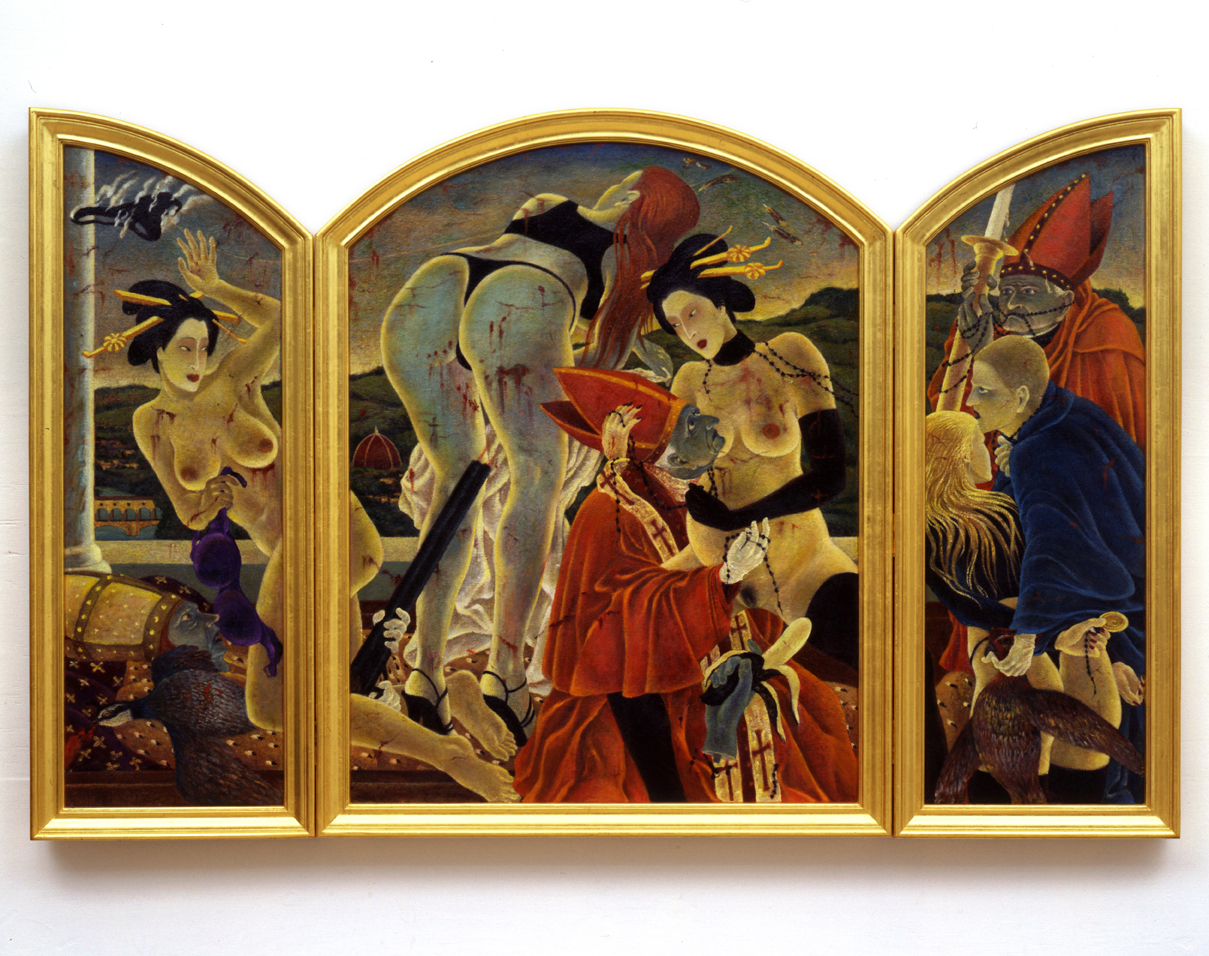 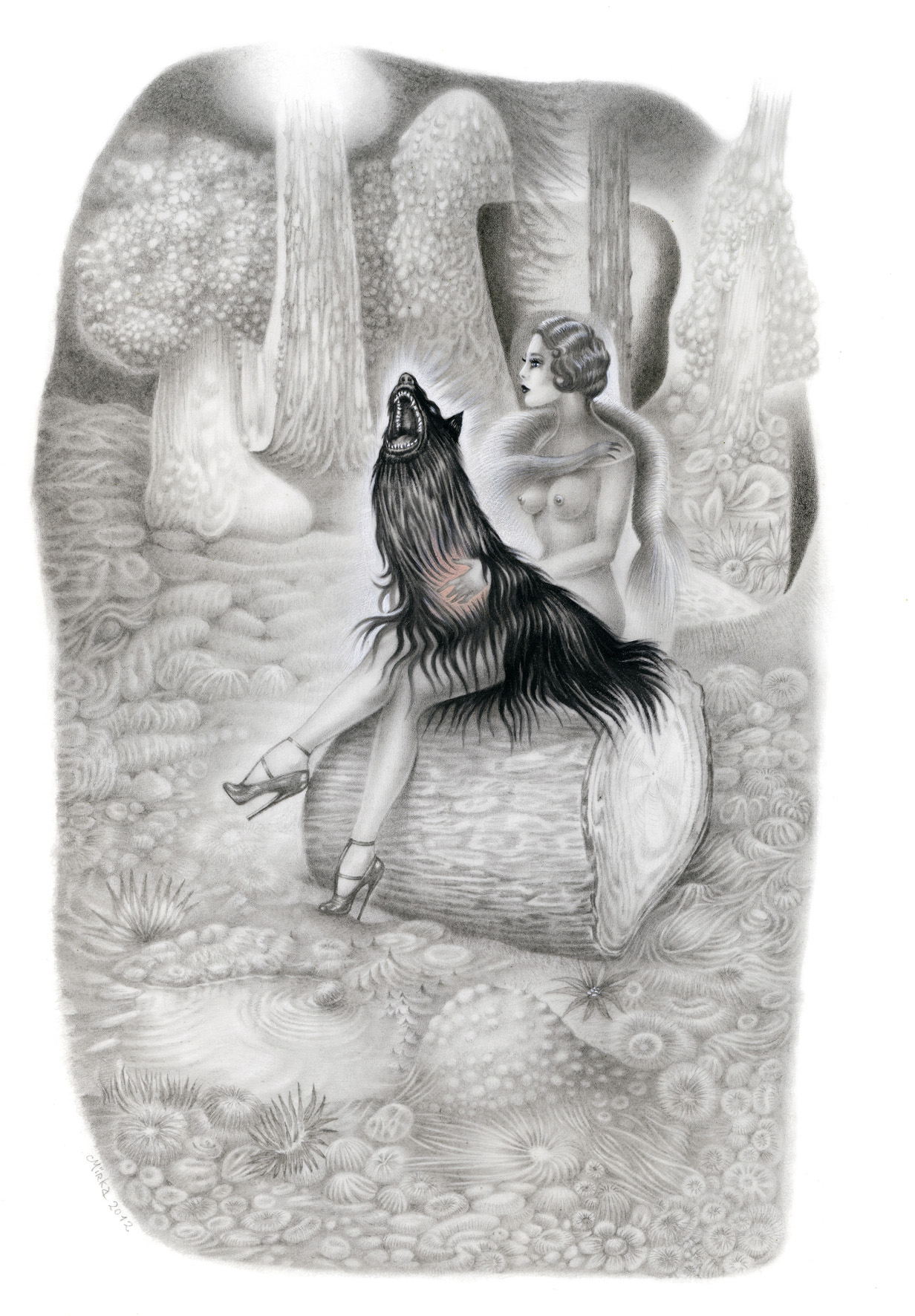 Not that sex and unsaintliness are the sole subjects. Jacksonville native Mike Davis (now a San Franciscan) is a classic outsider, an artist with no training who "scammed" his way in by volunteering as a theatrical set designer, having, he says, never painted anything beyond grade school doodles. In the late 80s he jumped into San Francisco tattoo art where violence, death and the surreal continue to dance and make him money, as in this skeletal painting he calls ForwardNotStraightAhead. 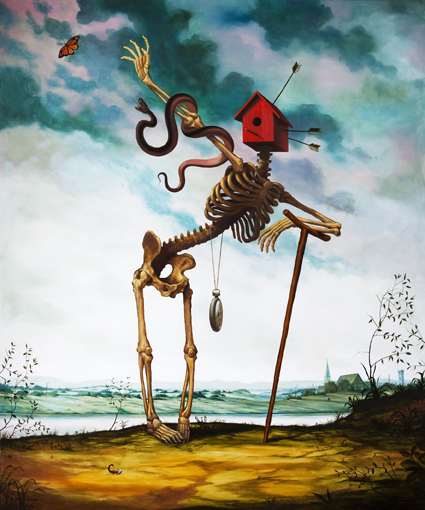 Not all the intimations of violence in the Halle St. Pierre show are brutal. Some are indeed subtle, even bearing a lacquer of elegance--none more so than the faux-Delft Assassin's Kit by Charles Krafft of Seattle. Death is his territory, which won him a grant to Kosovo during the war. He calls his work "disasterware" and claims that he "prefers to be in the company of criminals, undertakers and blue haired grannies." 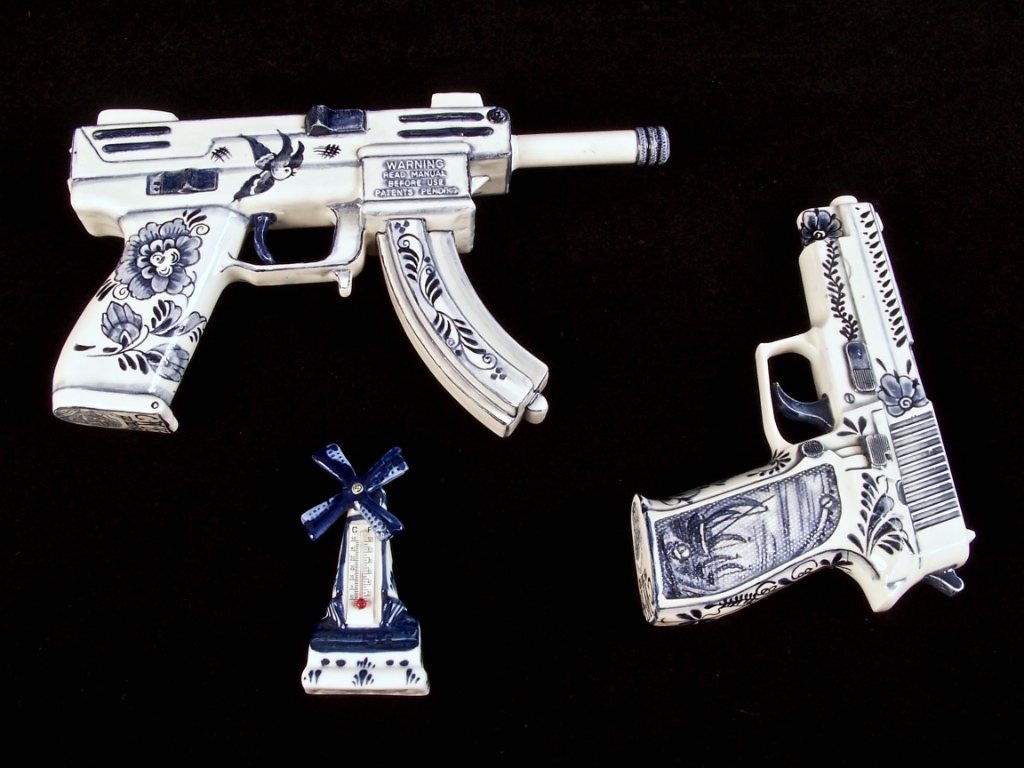