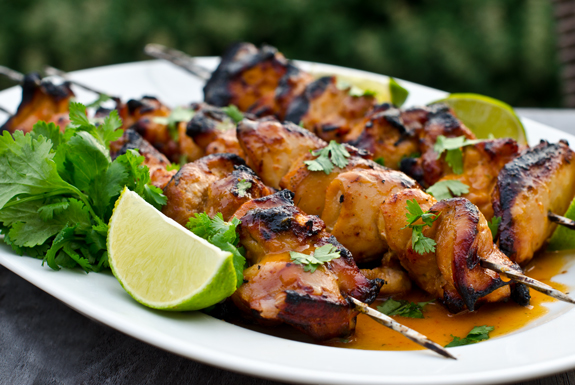 These chicken skewers marinated in honey, lime and Sriracha are every bit as good as they look. And, if you've never tried Sriracha -- the Asian hot sauce named after the coastal city of Si Racha in Thailand -- this is the perfect recipe to sample just how delicious it is. 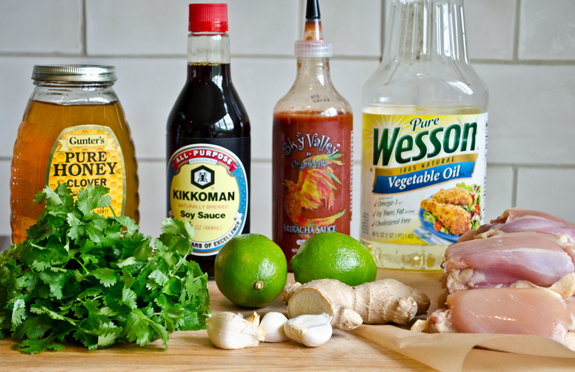 Made from sun-ripened chili peppers, distilled vinegar, garlic, sugar, and salt, Sriracha (pronounced SIR-rotch-ah) is a popular ingredient with chefs in the States. It's used in soups, sauces, pastas, pizzas, hot dogs, omelets, burgers or on anything else to add a delicious spicy taste. It has become so commonplace that you can find it in the Asian section at most large grocery stores. 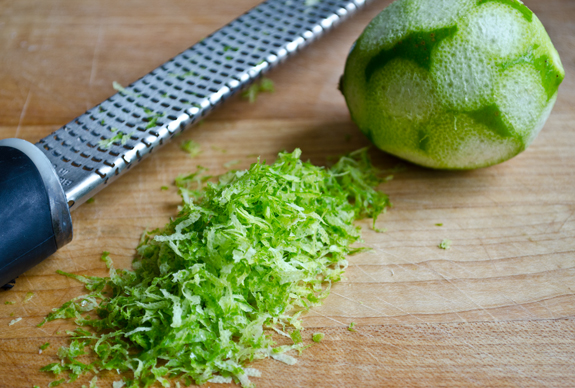 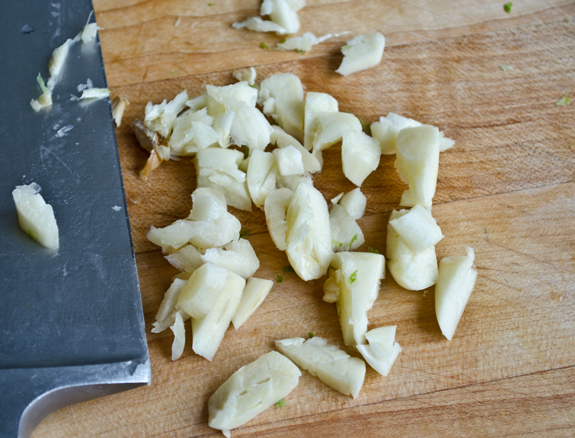 Even though you're puréeing the marinade, it's a good idea to roughly chop the garlic and ginger so they get incorporated -- some blenders can't handle large chunks. 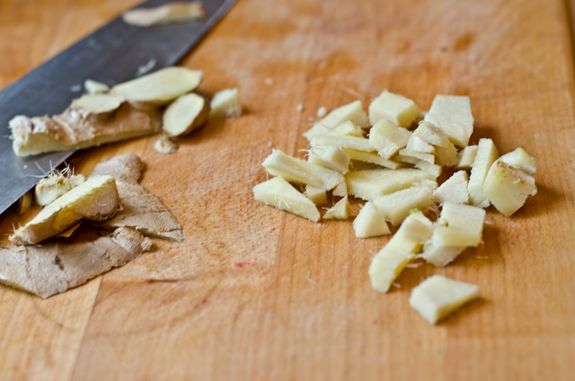 Combine all of the ingredients in a blender. 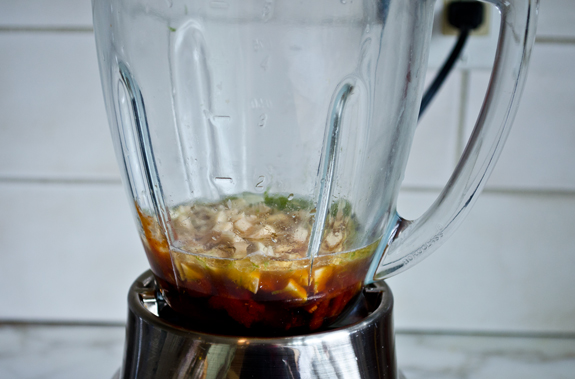 Purée until completely smooth, then set aside 1/2 cup of the marinade to use as a sauce. 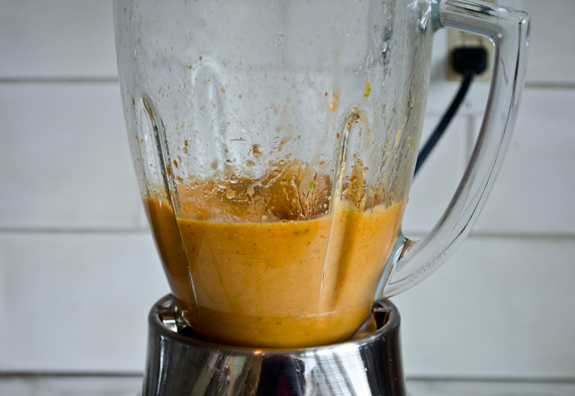 Next, prepare the chicken. I've specified boneless skinless chicken thighs for this recipe because they're more flavorful than chicken breasts and easier to cook without drying out. I know many people prefer white meat but I've tried both in this recipe and, trust me, it's much better made with dark meat. 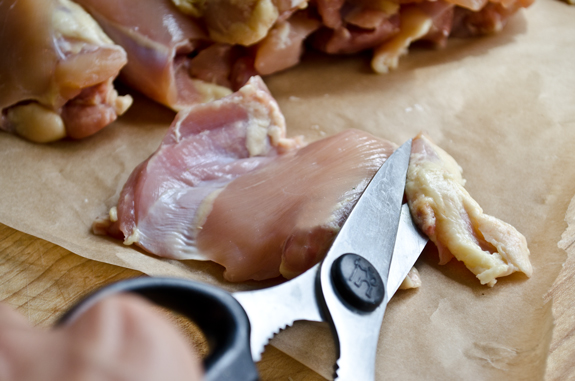 The only drawback to using chicken thighs is that they need to be trimmed before you cook them. I think it's easiest to use kitchen shears as opposed to a knife. So, using scissors, simply cut off any gristle and large chunks of fat (don't fret over every little bit as it mostly melts away on the grill) and then cut the meat into 2-inch pieces. 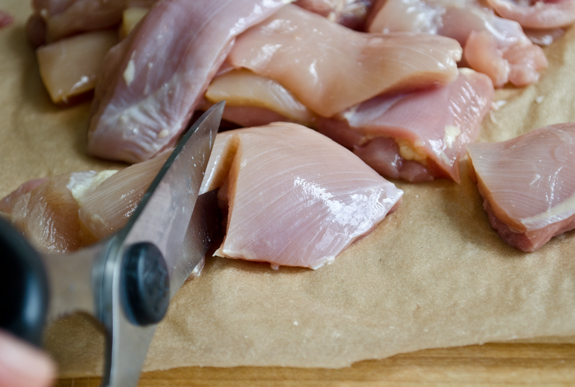 Place the chicken in a Ziplock bag with the remaining marinade and refrigerate for at least 6 hours or overnight. 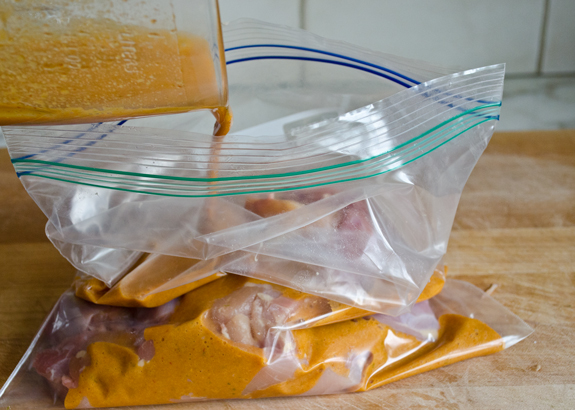 After the chicken has marinated, thread the pieces onto skewers. 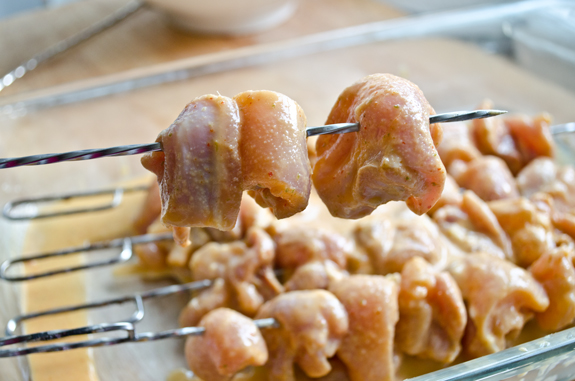 Preheat your grill to medium-high heat. Scrape the grates clean to prevent the chicken from sticking, then dip a wad of paper towels in oil and rub the grates until smooth and shiny. 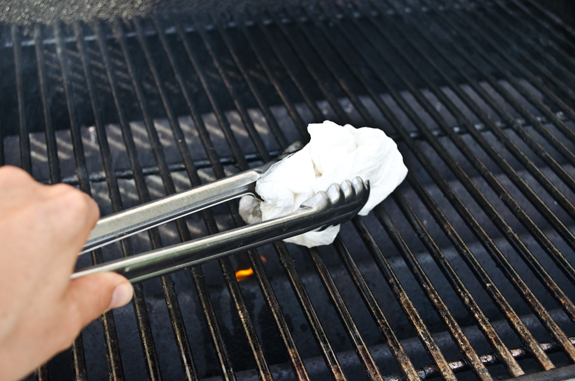 Grill the chicken, turning occasionally to promote even browning, for 10-15 minutes. Keep an eye on it -- the honey in the marinade causes the chicken to caramelize on the grill and turn a beautiful, rich brown color; however, the chicken can burn if the grill is too hot. Lower the heat if the chicken is browning too fast. 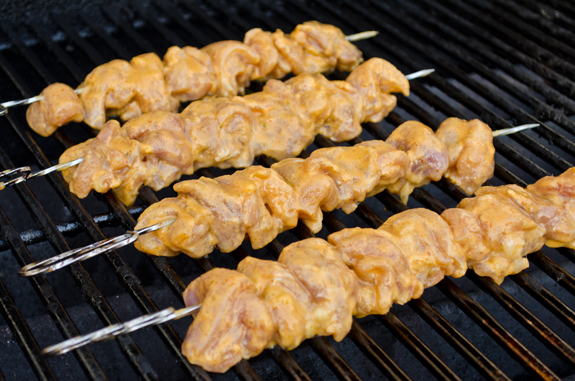 Transfer the skewers to a platter and drizzle with the reserved marinade. Sprinkle chopped cilantro over top and serve. GET THE RECIPE