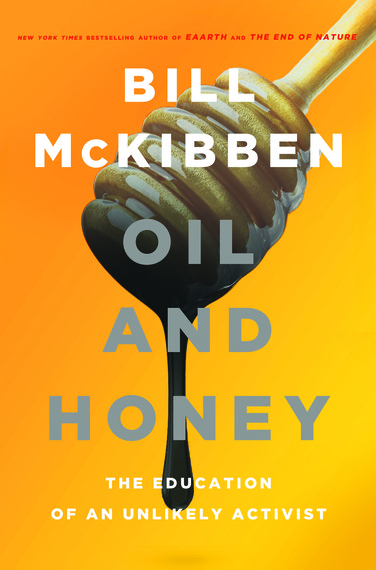 In his newest book, Oil and Honey: The Education of an Unlikely Activist, writer, distinguished scholar and Mother Earth's star-student, Bill McKibben, chronicles his environmental organization, 350.org, speaking out against the proposed Keystone XL Pipeline.

But just what is 350.org and what the heck is the Keystone XL pipeline? Oh, how you disappoint me! You really need to turn off the Kardashians, stop playing Candy Crush, and get your head out of the tar-filled sand. If I am going to be informed about our dismal future living on a carbon-crammed planet I want you to be miserable right alongside me. We will sink or swim together. Literally. Bottoms up!

Let's start with the enigmatic name 350.org. (www.350.org) According to NASA Goddard Institute director Dr. James Hansen (and his fellow Debbie-Downers), 350 parts per million is the upper limit for carbon dioxide in our atmosphere "if we want to have a planet similar to the one on which civilization developed and to which life on earth is adapted."

The bad news: Our current level of carbon in the atmosphere is 400 parts per million.

That's why most level-headed scientists say we're experiencing increasingly severe weather.
In June 2012 alone, there were 2,132 new high temperature marks worldwide. In fact, the planet's temperature has risen 0.8 degrees over the last century. Scientists have long warned that global temperatures cannot rise more than 2 degrees Celsius (3.6 degrees Fahrenheit) without changing our global environment in significant ways. Hansen warns, however, that 2 degrees Celsius is too much and "is actually a prescription for long-term disaster."

As for the Keystone XL Pipeline? This politically sensitive and potential environmental catastrophe is a 1,500-mile proposed pipeline pumping Canadian tar sands south to refineries in the Gulf of Mexico. The shortsighted energy and economic payoff is bringing some 900,000 barrels of oil into the U.S. each day. The price tag, however, is heavy. According to Dr. Hansen in Oil And Honey, "If the tar sands are thrown into the mix it is essentially game over."

To his credit, McKibben lightens up the mood throughout the book by describing his sacred interludes visiting the honey bees on the farm he's building for his daughter, Sophie. "Not only are we dependent on the honey bee for much of what we eat," says McKibben, "there is, of course, a grace and elegance they bring to the natural world that would diminish us all were they to disappear." Kirk Webster, a Vermont beekeeper is in charge of the farm and the beehives. Scientific theories and descriptions of breeding a healthy hive of bees without the use of chemicals are shared by Webster and other bee experts. McKibben notes frequent encouraging updates from the beehive and life on the farm; inspiring the reader to grow an organic garden and purchase a hive. (And, who doesn't want to order a queen bee in the mail!?!) 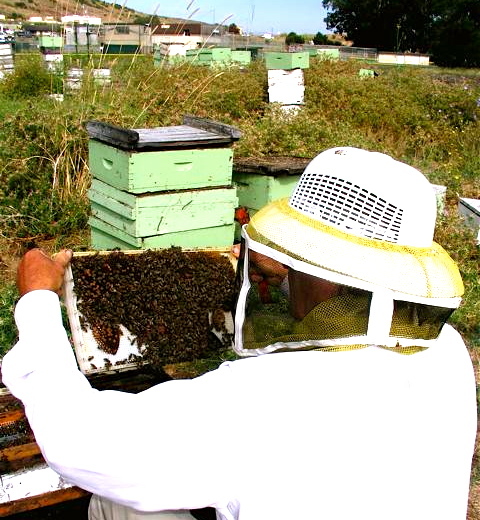 Comparisons are made between the decision-making process of human beings and the way a group of honey bees will organize thousands of bees to scout out new hives. The bees literally dance. "A forty-liter cavity and the bees were practically on Soul Train, " writes McKibben. "The scout bees put a sizable number of alternatives on the table for discussion." In a short matter of time, the best possible home is chosen, agreed to, and the bees move in.

"In every detail, this pretty much describes the exact opposite of how politics works in Washington, and explains precisely why, for 20 years, our elected officials have done nothing to make our earth more secure, " writes McKibben. " We don't have frank debate or foster good communication -- we have Fox News. It's hard to imagine a hive that would, say, go over a fiscal cliff of its own making, or consider minting a trillion-dollar coin to solve its financial woes-or, for that matter, approve a pipeline when its most informed scouts had come back with the information that it might mean "game over for the climate. ""

McKibben has been trying to wake us up from our collective denial about climate change for over 25 years. In the summer of 2011 he cuffed himself to the White House fence with a zip-tie. He and some 1,000 demonstrators were arrested after peacefully protesting against the Keystone XL pipeline. "Depending on your militancy level, we said we were either putting Obama under house arrest, or giving him an O-shaped hug, "says McKibben. 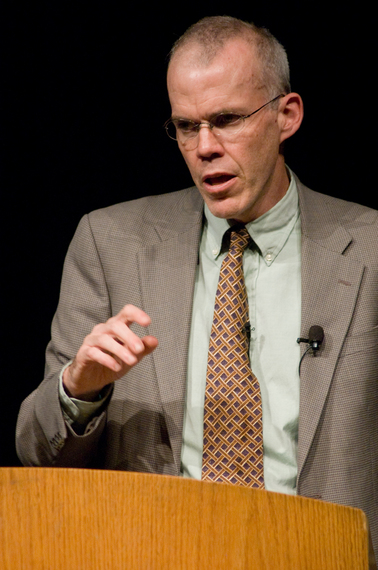 The author gives the reader a backstage pass to the turbulent years of touring, organizing, speaking out and campaigning to bring the fight for a sustainable planet to the forefront. Yet, all along, the poor guy yearns to go back to being a writer and to watching honey bees. "Real politicians, I've noticed, love to work a crowd, drawing energy from everyone they met," he writes. "I'm a writer; left to my own devices, I'll retreat to my room and type. I wasn't cut out to be a leader."

Some hopeful news? We can reduce the carbon level to below 350ppm but we have to drastically cut down on the constant barrage of greenhouse gases spewed into the air from burning coal and oil. Countries like China and India will also have to get on board but since the U.S. produces more CO2 than any other country, and leads the industrialized world in per capita emissions, we need to get the cleanup party started.

Other good news is that McKibben's "Fossil Fuels Divestment Campaign" is gathering momentum at American universities. The goal? Bankrupt the fossil fuel industry. (If not financially, then at least tarnish their reputation by exposing an industry that is profiting from wrecking the climate.) On college campuses, in the 1980s, activism protesting apartheid successfully forced the divestment from companies doing business with South Africa. McKibben hopes to do the same with big oil. "The fossil fuel industry has five times as much carbon in its reserves of coal, oil and natural gas as we can safely burn. These are now rogue industries committed to burning more carbon than any government on earth thinks would be safe to burn," says McKibben.

To date there are 19 active divestment campaigns across the UK and more sprouting up in Australia and New Zealand. "If you could see the drought and famine in Africa, you would understand why, "said Archbishop Desmond Tutu, asking for others to join the divestment campaign.

"All I ever wanted to see was a movement of people to stop climate change, and now I've seen it, "said McKibben as he greeted the crowd of approximately 50,000 last year at the National Mall in Washington. " You are the antibodies kicking in, as the planet tries to fight its fever."