By Justin Lehmiller
This article originally appeared on Playboy.com. 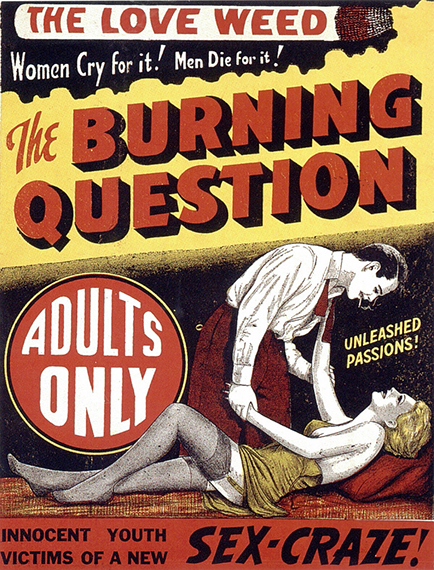 If you're anything like me, you've heard different things from different guys about how marijuana affects sexual performance. Some say it helps; others say it hurts. So what does the research say? What effect, if any, does weed have on your, uh, joint?

Although survey studies have found that many guys report sexual benefits of marijuana use, such as increased sexual stamina, it is difficult to know what to make of findings like this. While the conclusion that marijuana helps guys last longer in bed is tempting, we cannot rule out the possibility that this drug simply alters men's perception of time. In other words, sex might seem to last longer when you're high, but the actual amount of time you spend having sex might not really be any different from when you're sober.

In the hope of providing a more definitive answer, biomedical researchers have begun to conduct more controlled research looking at the effect marijuana has on erectile functioning. Their scientific efforts reveal that, rather than helping erections, weed could potentially hurt them.

Animal studies have found that cannabis has an inhibitory effect on certain receptors inside the erectile tissue of the penis. We don't have parallel research showing the same thing in humans (at least not yet) because of ethical and legal difficulties in conducting the research, but the animal findings suggest that marijuana is more of a sexual inhibitor than it is a sexual enhancer.

However, there are a few caveats.

For one thing, researchers have long argued that dosage is a very important consideration when looking at the effects of this drug, just like it is with alcohol. If you consume marijuana or alcohol in small quantities, the inhibitory effects on sexual performance tend to be pretty minimal. In fact, you may actually experience an overall performance boost with low doses due to these drugs lowering inhibitions and stimulating desire.

In contrast, when drugs like marijuana and alcohol are consumed in larger quantities, erectile and other sexual problems (e.g., difficultly reaching orgasm) become much more likely.

Consistent with the idea that higher doses of cannabis may be problematic, research has found that the prevalence of erectile dysfunction is three times as high for daily marijuana smokers compared to those who don't use it at all.

Beyond dose, there are at least two other things to keep in mind.

First, marijuana is not just one thing. There are different strains of cannabis that can affect the body in very different ways. One strain (indica) tends to more relaxing, while the other (sativa) tends to be more stimulating. Researchers haven't yet looked at whether these cannabis strains impact sexual functioning in different ways, but it is worth exploring.

Second, people differ in their sensitivity to marijuana, just as they differ in their sensitivity to alcohol. We all know some people who get wasted after just one drink, and others who seem to keep it together no matter how much they imbibe. The same goes for smoking up or enjoying some edible treats: some get giddy, others get sleepy, and more than a few get paranoid.

Admittedly, the different psychoactive effects of marijuana probably result from a combination of differences in drug sensitivity as well as usage of different cannabis strains; however, even with the same strain, it is very likely that different guys will experience different sexual effects based on how it interacts with their own body chemistry.

The accumulated research exploring the effects of marijuana on male sexual functioning is pretty limited. While this research suggests that marijuana is likely to be an erection inhibitor, the answer is probably a bit more complicated than this, and we need a lot more hard data (pun fully intended) to understand why different guys report experiencing different sexual effects.

Justin Lehmiller, PhD is a sex educator and researcher at Ball State University and author of the blog Sex and Psychology. Follow him on Twitter @JustinLehmiller.

More from Playboy.com:
Does Pornography Cause Men to Hate Women?
When it Comes to Sex, Millennials Can't Even
It's Rare, but Infidelity Can Make a Relationship Stronger