The adage "People will forget what you said and what you did, but they will never forget how you made them feel" is one we often forget when it comes to business. Once in a while though, you meet a person who makes you feel heard, and inspires you to lead with passion over profit. Entrepreneur and artistic visionary, Charles Ressler, is on a bold mission to prove that by helping other people, you can also help yourself. 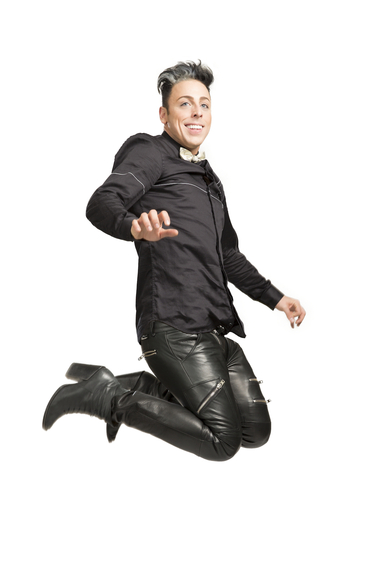 When you meet Charles, you can't help but feel invigorated and inspired by the passion and energy which pours through his words and his smile. Widely known entrepreneur and CEO of Zappos, Tony Hsieh, calls Ressler "A unicorn and a flying monkey all rolled up into one underneath a rainbow of energy." This native New Yorker has been living in and helping build the community in Downtown Las Vegas for the past several years, highly known as the man responsible for growing First Friday Las Vegas (the largest arts festival in the western region of the country) from a few thousand people to over 30,000+ attendees each month.

What separates Charles from most entrepreneurs is his willingness to bring others up with him, to help as many people as he can reach their own dream, and his core belief that every single person's dream is equally important. Ressler's career has been nothing short of impressive from a long professional acting career starring in hits like "The Little Prince" and "Pippen", to an accomplished creative and marketing background with well known companies such as Bergdorf Goodman, Resonance Music Group, and Delivering Happiness.

Prior to his success however, Charles braved the odds to overcome a series of traumatic childhood experiences. Sparked through the need to do something positive in the world to push through his pain, Ressler launched a Twitter experiment in late 2013 centered around the hashtag "dreamMaker" that sparked something magical.

The idea was simple. Ressler asked others to tweet their dreams to him using "#dreamMaker" and he would try to help if he could through either his own means or his vast network of movers and shakers. Overnight he began receiving dreams, and during the course of one month his Twitter following went from 458 to over 3,700, and over 500 dreams flooded his account. Beyond the usually rich and famous wishes, most of the tweets Ressler received were tweets from dreamers to help better the lives of others. Ressler even received a tweet from world famous documentary filmmaker, Morgan Spurlock, who had been working on a new film in Las Vegas and became friends with Ressler. Spurlock's tweet under #dreamMaker was "to be a great dad".

Although he can't make every dream happen on his own, to date, Ressler has been able to help 35 people achieve their dreams by connecting them to the right people in his network, many of whom were strangers he has never met. "The No. 1 thing is, I want other people to fulfill their destiny and become dreamMakers" said Ressler. To take his idea to the next level, and inspire others worldwide to become dreamMakers by launching the dreamMaker app on April 2 this coming month. The dreamMaker app will allow 'dreamer' - those with dreams, ideas and goals they need enhanced or funded - to connect with 'makers' - those with the ability to fund, connect, and bring these dreams to reality. 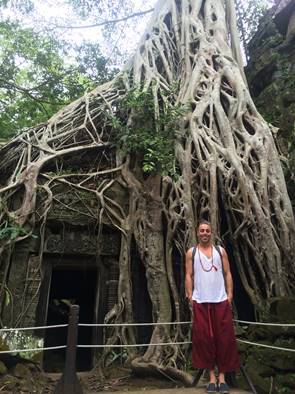 In October, Ressler took a sabbatical alone to Asia where he reflected on his next steps in life. "My hypothesis is that the more dreams you assist with, the closer you are to your own," Ressler stated. Upon meditating in Thailand and Cambodia, he decided he wanted to return to the stage and perform.

Ressler is about to turn his dream into reality by using his voice to effect positive change in others. After helping many others find their dream, an incredible team of support has rallied around Ressler to bring "BRAVE", an original musical showcase written by and starring Charles Ressler to the stage of The Smith Center for the Performing Arts on April 2, at 8 p.m. "BRAVE" is an original composition written and performed by Ressler about stories of the human spirit, and was created to spark inspiration in others to fulfill their own dreams and walk away thinking differently about self-value and their place and interaction in their community.

Ressler has some impressive help, from production directed by Larry Pellegrini (the original creator and director of "Tony n' Tina's Wedding"), musical direction from vocal coach Jimmy Lockett (Broadway cast of "CATS" and "Starlight Express"), to practicing aerial routines with Delphine Gaillard (former star of Cirque du Soleil's "Love"). In alignment with his passion to help others, all proceed of this one-night-only will benefit three local charities, Opportunity Village, I Have a Dream Foundation, and Las Vegas Philharmonic. All three charities closely tie into Ressler's story featured in "BRAVE."

Immediately following the performance of "BRAVE" at The Smith Center that evening, the dreamMaker app will be available for free download through iTunes and Google Play. 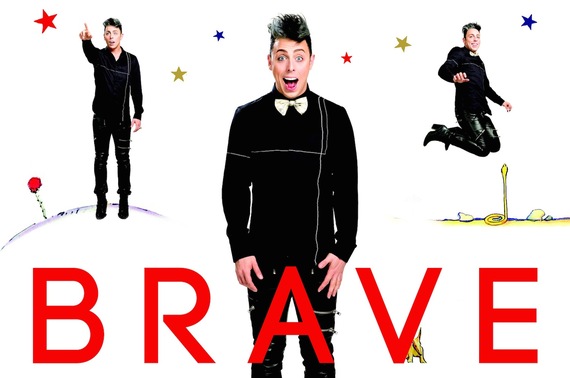 This is just one person, doing what he loves and helping others reach their dreams. Every single person has the capacity to help someone in some way, either small or large. Summed up in only a way Charles Ressler can, he says "Compassion, empathy, love, bravery, truth - these are the keys that unlock magic."