Ah, Cinco De Mayo. I can smell it now: the tacos, the margaritas, the racism.

Cinco De Mayo is about Mexicans, but all other Latinos get lumped in with Mexicans so often that on Cinco De Mayo we know that more than any other day, we're all Mexican and we're all vulnerable and we're all going to be treated as subhuman (more than usual, at least). Here's how to show the Latino people around you that you don't really care for them as humans: 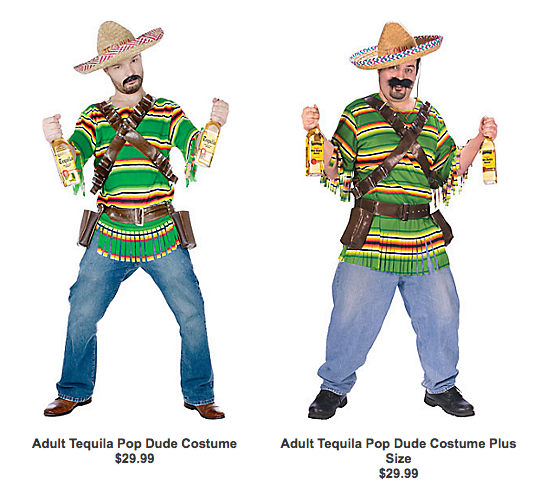 Yes, these are actually being sold by Party City right now as I type this in the year of our Lord Beyoncé in 2016. Yuuuuup. There's many articles that have been written about why this is wrong so I'm just going to sum up the gist of them: what the fuck, brah? 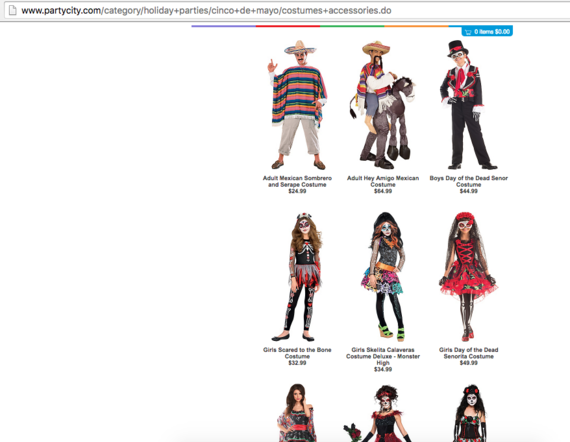 Dia De Los Muertos (Day of the Dead, aka The Day Where Those Cool Sugar Skull Skateboard Decals Come From) is a Mexican holiday in which individuals honor their dead loved ones by visiting their graves or having celebrations in their honor. For many it is deeply religious and is a source of comfort that those that have passed on are still loved and are with us spiritually.

So of mothaflippin' course some pendejos have made a mockery of it and have made costumes of the holiday, which is bad enough in itself, but it's made ten times worse now that it's being lumped in with Cinco de Mayo (as you can see in the URL of the screenshot). Dia De Los Muertos is in November. Cinco De Mayo is in, brace yourself, May! Your racist calendar is out of whack.

3. Assume It's Mexican Independence Day Even When People Tell You It's Not

4. Use Spanish or Spanish-like Words as a Joke

Look, I know that you're using botched Spanish on Cinco De Mayo only because it's a novelty on that day to you and you think it's funny to be yelling "Drinko tequila!!!" while wearing a fake mustache. I know that you assume yourself to be the life of the party at whatever backyard you're currently pissing in the bushes at, and I don't want to take that away from you. But maybe you can still get shitfaced without calling it Drinko de Mayo or Cinco De Drinko or calling your gathering of assorted Caucasians a "Fiesta" or making a mockery of an entire population's language.

5. Assume That We're Telling You Not to Celebrate It Ever

I'm not trying to take away your tequila. What I am trying to take away is the offensive costumes, the Drinko nonsense, the generalization of all Latino cultures as if we're all Mexican (and Mexico itself is extremely diverse!), and the racism of it. I'm not telling you not to celebrate as long as you do it in a nondouchebag way. You can dress up real pretty; you can wear a cute summery dress if it's a barbecue or one of those button ups where you roll up the sleeves halfway if you're going out to a bar later. Just don't wear a mustache and poncho! Is that so much to ask?

Many Atheists celebrate Christmas by exchanging gifts and they don't go running into churches just to flip off a cross for shits and giggles. They don't parade around dressed like Jesus Christ while doublefisting red wine. Imagine that, enjoying a holiday that isn't for you without making a mockery of it! Que escándalo!

Anyway, I hope you have a blast partying it up on Cinco De Mayo. My family and I will be at work.