After a massive earthquake hit Ecuador this weekend, volunteers and aid workers have rushed to provide help to victims and their families.

As of Tuesday, the death toll had climbed to nearly 500, with more than 4,000 injuries in the biggest earthquake the country has seen in decades, according to Reuters. And thousands have been left without their homes.

"Everything can be rebuilt,” President Rafael Correa said in a call to state TV, the New York Times reported. “What can't be rebuilt are human lives, and that's the most painful."

Here's how you can provide support to families affected by the disaster.

Unicef has already delivered 20,000 water purification tablets to Pedernales, the coastal city worst affected by the earthquake, according to a release. The organization is working on the most urgent priorities, including preventing the spread of disease and protecting children separated from their families.

The organization has asked for $1 million to meet the immediate needs of quake-affected children, and to continue to provide water and sanitation supplies to those in need.

You can donate to Unicef’s efforts to provide children with sanitation here.

2. Support Those Both Physically And Psychologically Injured

The Ecuadorian Red Cross has more than 800 volunteers and staff deployed in coastal cities in search and rescue operations, to help those hurt by the quake.

The group has mobilized to provide psychosocial support and first aid to the injured, both physically and emotionally. Many have witnessed horrific deaths and injuries, and have seen their buildings and bridges collapse.

“Depending on the number of health facilities affected there may also be urgent needs around maternal and obstetric care,” Walter Cotte, the Red Cross' Regional Director, said in a release.

You can donate to the Red Cross’ search, rescue and health support efforts here.

3. Provide Rescuers With The Tools They Need To Help

CARE is sending reinforcements to support their staff in Ecuador to provide emergency services after the quake, according to a release. The organization is assessing the situation and has identified the greatest needs as food, shelter and water, as well as gloves and machinery for rescue workers.

The death toll from the disaster is still expected to rise as many of the hardest-hit areas are difficult to reach by road or air, according to CARE staff.

"There are some places where we don't have access," Doris Guerra, CARE's support manager, said in the release. "They're still removing rubble."

Donate to CARE’s efforts to provide emergency services on the ground here.

#Ecuador Update: “Many are missing. Others are out in the street, without shelter & looking for family members.” pic.twitter.com/oZpt104Ydc

Oxfam is responding to the disaster by providing much-needed water and sanitation support to victims and their families, according to their website. Many people on the coast have been left homeless, with local health and hygiene infrastructure heavily impacted by the quake.

Donate to Oxfam’s efforts to provide access to safe water and hygiene here.

Global Shapers, a local group of 18- to 30-year-olds committed to social change, have launched a fund to help purchase and deliver emergency items, including blankets, canned food, mattresses and clean clothes.

They started with a fundraising goal of $8,000, and in just one day they've raised more than six times that amount, with more than $50,000 donated so far.

Donate here to support the youth bringing supplies to those in need.

6. Provide Food Kits To People In The Hardest-Hit Areas

The United Nations World Food Programme (WFP) responded to the earthquake by sending an initial convoy with food for around 8,000 people, according to a release. They brought emergency food assistance kits to the worst-hit areas, with nutritional essentials such as quinoa, oatmeal, tuna, and lentils.

“This first delivery of food assistance will make a tremendous difference in the lives of people who are overcoming such hardship,” said Kyungnan Park, the WFP representative in Ecuador.

After this first delivery, additional food assistance will be brought to 260,000 people in the areas most affected by the earthquake, according to a report.

Donate here to support WFP's efforts to bring food to families after the quake.

How To Help Ecuador Earthquake Victims
Earthquake in Ecuador 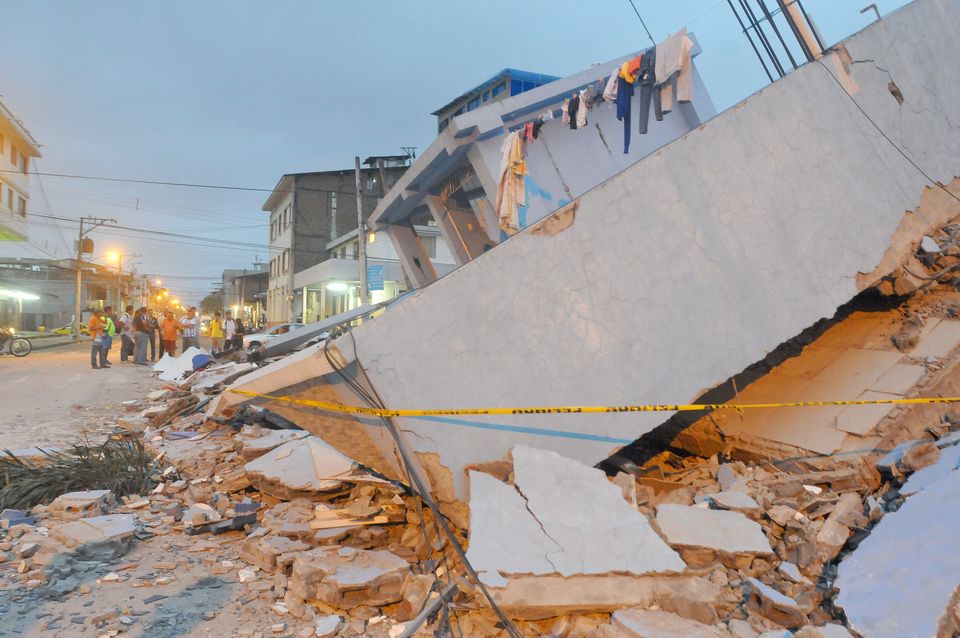