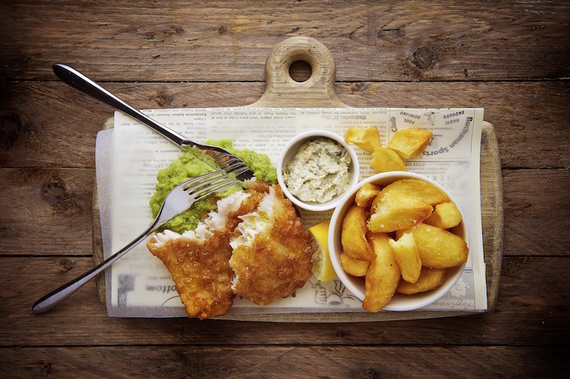 Earlier this week, the news broke--and subsequently broke the internet--that your body and metabolism may have more of an effect on your weight maintenance than just willpower. (See, those cravings are real.)

Essentially, after following the season 8 contestants of The Biggest Loser over the course of six years, scientist Kevin Hall discovered that all but one contestant had gained all of the weight back despite major healthy efforts. Plus, each contestant was burning about 500 fewer calories a day (!) than other people their age and size.

But a new op-ed released by neuroscientist Sandra Aamodt in The New York Times gave new hope to those who want to get to healthier weight. If dieting isn't the answer, what is? Mindful eating, or "paying attention to signals of hunger and fullness, without judgment, to relearn how to eat only as much as the brain's weight-regulation system commands," she says.

RELATED: How Practicing Mindfulness May Prevent You From Overeating

Because your brain and stomach are constantly in contact, if your mind decides what your perfect weight is (AKA a "set point"), it understandably goes into shock when it falls under--then it holds onto calories to keep your body sustained, Aamodt says. But when mindful eating is the priority, your mind and body are not in opposition (as they are when you dramatically cut portions and trick the brain into thinking you're starving). "[Mindful eating is] a powerful tool to maintain weight stability, without deprivation," Aamodt says.

While mindful eating can start in small ways (like putting down that phone while you chow down) it all boils down to becoming more aware of your senses. From pausing before each bite to carefully preparing your meals with clean ingredients, slowing down all aspects of your eating will help you become more mindful. Easier said than done, true--we're still struggling with that whole mindful monotasking thing.

More Reading From Well+Good:
Why "The Biggest Loser" Contestants Almost Always Gain The Weight Back
Why You Really Should Be Eating Mindfully, And How To Do It
Why Monotasking Is Better Than Multitasking