This morning's Drudge Report gives the banner treatment to a report from the Wall Street Journal's MarketWatch, detailing how the International Monetary Fund has set a 2016 date for "the moment when the "Age of America" will end and the U.S. economy will be overtaken by that of China." Per MarketWatch, this "provides a painful context for the budget wrangling taking place in Washington, D.C." and "raises enormous questions." (Basically, what it all means is that some big numbers will get bigger and something that's been true for a long time -- China's economy is growing at a faster pace than that of the United States -- will continue to be true.)

Here's another enormous question, though: What is going on in the picture that Drudge provides for this story? 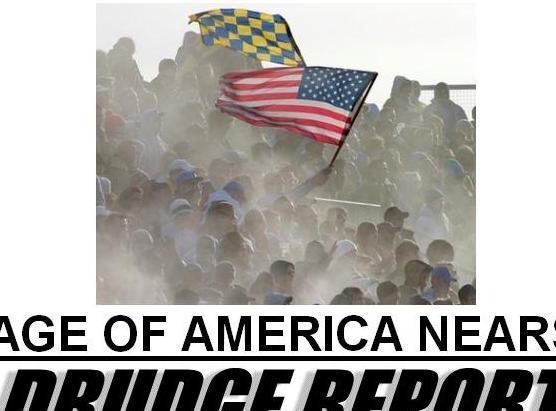 Holy crap! What is going on there? Have the mobs already formed to rampage over this news from the IMF? What have they set ablaze? And are we all uniting under this blue-and-gold checked banner, for freedom?

Actually, no. None of those things are happening. Apparently, what's depicted is a gathering of the "Sons of Ben" -- fans of the Philadelphia Union of Major League Soccer, so named for Philly's own Benjamin Franklin (which is bad-ass, by the way). It seems that this is a shot of the Sons, cheering in the "River End" section of PPL Park in Chester, Pennsylvania. I've got no idea what the smoke is, but it appears in other images of the fans in full cheer.

[UPDATE: A Union supporter writes me to say that the smoke is from smoke bombs that are set off whenever Philly scores a goal.] 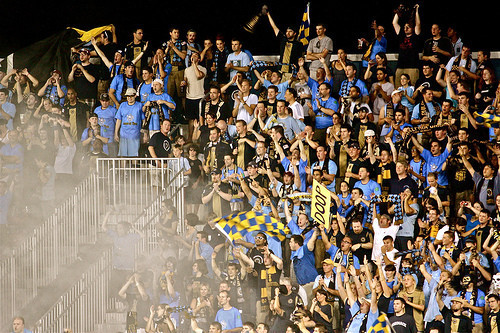 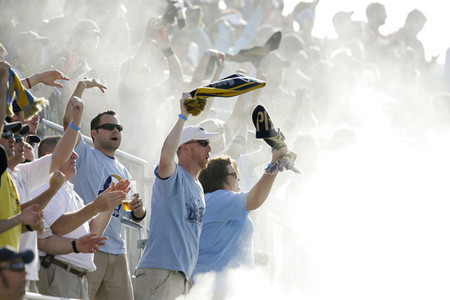 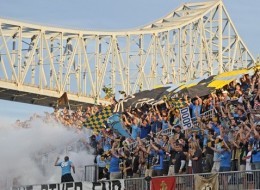 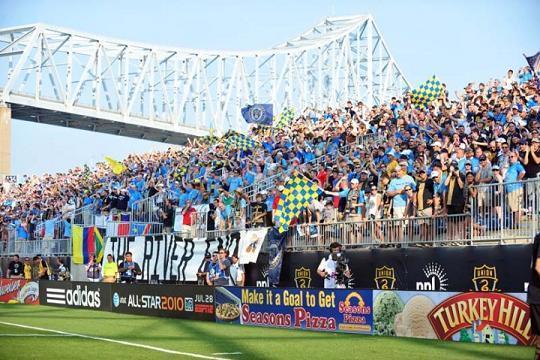 Well, you have to give Drudge credit for getting an image of Union supporters.