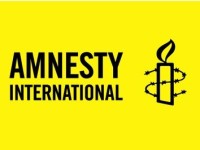 As Americans and people around the world grow increasingly wary of the U.S. government's mass surveillance program, it is our obligation to speak up.

As a former prisoner of conscience in South Africa during the apartheid era, I know from personal experience just how important it is to protect our fundamental freedoms. And make no mistake: the right to privacy is absolutely fundamental to a free society. True, many of us broadcast selfies and personal details of our lives on social media every day. But that is our right and our choice. It does not give the government the right to collect and store every piece of data about us, without our consent.

The cost of widespread government surveillance is steep. The knowledge that everything we do can be monitored will change the way we act and what we say. This is how governments create a climate in which people fear the consequences of expressing themselves openly and worry their beliefs and activities can be used against them. It turns ordinary, waking life into an Orwellian nightmare. It undermines our rights to freedom of expression, information and association, which are essential to a democracy.

The sheer scale of mass surveillance challenges our basic human right to liberty. It places every moment of our lives under scrutiny, and that is simply not acceptable. If the government has probable cause to believe that a crime has been committed, it has the legal right to intrude on our privacy to the extent necessary. But otherwise, our lives are our own.

In the past year, growing awareness of the scope and proximity of mass surveillance has caused a public uproar and fundamentally changed the way we think about the systems our government uses to protect us -- but has it elicited any change in policy?

Not yet. To the contrary, last fall the FISA Improvements Act was introduced, which, if approved, would actually codify unconstitutional NSA programs, including mass surveillance and data collection. This bill also enables unidentified "law enforcement agencies" to conduct investigations without warrants. For me, that's a nonstarter.

The United States is one of the most powerful and influential nations in the world. It is absolutely crucial that we demonstrate to the global community that we value human liberties, including privacy. Our elected officials must steer away from ineffective, intrusive programs and focus on respecting the human rights of the people they were elected to represent and protect.

A few weeks ago, Amnesty International USA joined a campaign called, "The Day We Fight Back Against Mass Surveillance." The campaign was endorsed by a wide range of politicians, technology companies including Google and Twitter, and human rights and civil liberties organizations.

Tens of thousands of phone calls and hundreds of thousands of e-mail messages were delivered to Congress in support of the USA Freedom Act, a bipartisan bill that will end bulk data collection of our phone calls and require greater transparency from the Obama administration regarding surveillance. The bill is not perfect and fails to fully uphold the rights of people outside of the U.S. -- who make up 95 percent of the world. But it is a small, significant step in the right direction.

Congressman Jim Sensenbrenner (R-WI), who introduced the bill, was also the primary author of the USA Patriot Act, parts of which seriously threatened human rights and civil liberties. Yet, even he says the NSA ignored legal restrictions, abused the public's trust, and assumed authority never imagined by Congress.

Elected officials should turn away from pushing legislation that jeopardizes fundamental liberties, and instead support the USA Freedom Act. Rather than exchanging freedom for safety, it guarantees that the two operate together, maintaining national security without sacrificing human rights. This USA Freedom Act isn't simply a reaction to NSA spying; it is a recommitment to protecting the right to privacy.

Chair of the Board of Directors, Amnesty International USA