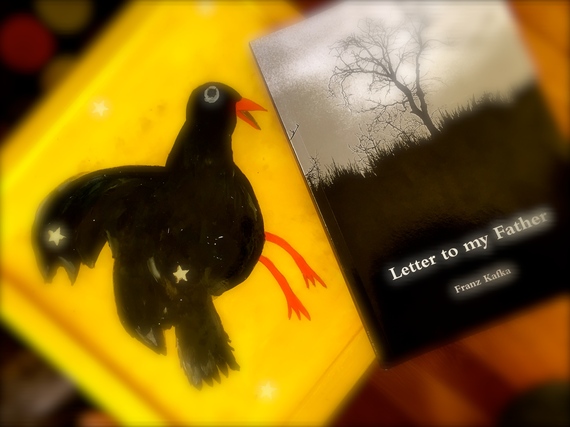 It all became obvious to me while reading Franz Kafka's Letter to My Father, probably one of the finest psychological assessments of a parent-child relationship. Kafka skillfully navigates the line between blame and responsibility, between chance and conscious decision making, which are all so fundamentally different in the case of an adult and in the case of a child.

Kafka never mailed the letter to his father, continuing a lifetime pattern of repressed emotions and lack of communication. We will never know how Kafka's father would have reacted to that letter, but one thing is clear: Connection and communication are essential if a relationship is to exist.

The tremendous negative results of broken or unskillful communication are even more obvious in the light of Ferguson and Staten Island incidents. We live in one of the most prosperous nations in the world, one that even contains the word "united" in its name. Still, no fewer than 458 Americans died at the hands of police in 2013, compared with just eight in Germany and zero in both Japan and the UK.

Also, the United States has the highest rate of incarceration in the developed world: 2.3 million men and women, or one in every 104 of the nation's adults, are behind bars. The incarceration rate is higher in the U.S. than it is in Russia, China or Iran -- company the U.S. should not want to be in.

Although incarceration seems to be very popular in the U.S., research is ambiguous about its corrective value, specifically when it's about small offenses. But studies have consistently found that prisoners who maintain close contact with their family members while incarcerated have better post-release outcomes and lower recidivism rates. A 2011 report by the Vera Institute of Justice states:

Research shows that incarcerated people who maintain supportive relationships with family members have better outcomes -- such as stable housing and employment -- when they return to the community.

We can go a step further and argue that what needs to happen in offenders' lives is the exact opposite of incarceration: an increase in quality social relationships, not a complete cutoff from society and a concomitant increase in close relationships with other perpetrators.

Like many children, Blair Sandlain went her entire childhood with her father behind bars, and this experience gave her the idea to create an app that helps families bridge the communication gap that incarceration so often entails. Connect Inmate, which is free to download, aims to make it easy for families to communicate in a meaningful way with incarcerated loved ones.

She explains, "Often times what keeps inmates out of trouble and gives them hope is the awareness that someone outside cares for them."

Meanwhile, however, the U.S.'s habit of incarcerating people has created a profitable private prison industry. As David Shapiro, a staff attorney with the ACLU National Prison Project, writes on CNBC.com:

As incarceration rates skyrocket, the private prison industry expands at exponential rates. The number of inmates in private prisons increased by roughly 1600 percent between 1990 and 2009. In 2010, the two largest private prison companies alone took in nearly $3 billion in revenue, and their top executives each received annual compensation packages worth well over $3 million.

According to the Vera Institute, in 2010 we spent $39 billion in public money on incarceration, a portion of which is generating large profits for private prisons. The questions is: What is the impact on American cultural and social relationships when we, as a nation, allow corporations to profit from incarcerating more and more of our very own citizens?

Our knowledge of social and family relationships has changed significantly since 1919, when Kafka wrote -- but never sent -- that letter to his father. We now know so much more about the importance of meaningful human connection. And still it seems that, to a great extent, we prefer circulating money over creating social meaning. 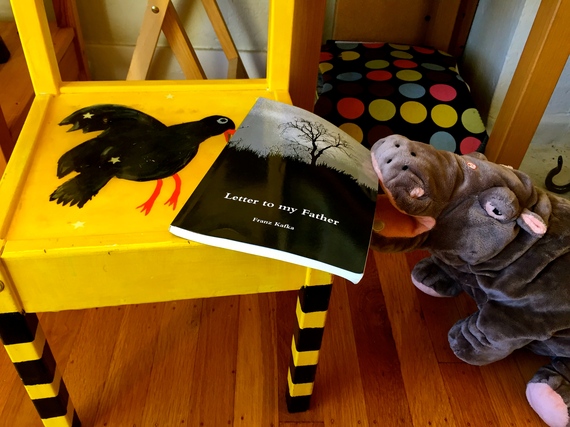