The world is awash in capital, commodities and debt. But rather than conjuring up images of abundance, this toxic conflagration of geoeconomic realities has led many commentators to forecast that the next financial meltdown is just around the corner.

One potential choke point in the global economy is the Western export of debt to emerging markets, and the purchasing of debt in the West by emerging market countries. In the wake of the 2008 Great Recession, Western fund managers eagerly sold forms of credit financing to developing markets. Total emerging-market debt soared to $49 trillion in 2014, representing nearly half of the growth in global debt since 2007.

As well as accruing debt in their homelands, the commodities "super-cycle" of the 2000s enabled many of these natural resource-rich countries to pour billions of dollars into debt structures in the developed world. According to research by the Financial Times, there has been a rise of $1.7 trillion in EM reserves since the end of 2004, a treasure-trove that has served as "a foundation stone in the global economy for a decade."

However, in the last few months, the sustained plunge in commodity prices has simultaneously deprived resource-rich countries of cash to spend abroad, and tarnished the image that their own countries are a sound home for direct investment. This reality, combined with the imminent raising of interest rates by the Fed in the U.S. (providing relative safe havens for investment amidst a sea of chaos) means that global investors are rapidly pulling their money out of emerging markets, and into the U.S.

What many fail to recognize is that in selling an endless supply of debt to emerging markets, these countries will in turn find it difficult to service their own dollar-denominated debt at home, and will therefore be strapped for cash to recycle back to Western markets -- capital which had hitherto fueled growth in the developed countries.

The exporting of our homegrown credit binge is yet another iteration of unhealthy practices whereby we in the West presume we know what is best for other countries.

The exporting of our homegrown credit binge is yet another iteration of unhealthy practices whereby we in the West presume we know what is best for other countries: we package our wares as desirable products that serve our interests at home, and purportedly command respect for the receiver on the global stage. During the bipolar struggle of the Cold War, we exported arms across the developing world in the vain hope that our enemy's enemy would become our friend. After the breakup of the Soviet Union, opportunistic Western defense companies were eager to cash in on newly created markets and sell their merchandise to welcome bidders. This was a high-cost game that eventually caused a deadly "blowback" to the U.S.: for the very same weapons that the CIA channeled to the Mujahideen during the Soviet War in Afghanistan were used two decades later against American soldiers in the Hindu Kush.

Now, in the post-Lehman era, financial debt products have replaced AK-47s, and the export of our credit products will come back to bite us in the end, as we are deprived of the liquidity to our debt markets that we hitherto enjoyed.

Most importantly, we have papered over one of the only seriously bright spots on the global investment horizon: infrastructure in developing countries. Based on pure demographics, infrastructure projects -- roads, bridges, communication, sewage, electricity, etc. -- in developing countries, with their booming populations, offers significant prospects for long-term growth and profit. Such projects enable both public and private investors to bank on capital appreciation for decades. And, while servicing the vital infrastructure needs of billions of young people, these populations will, in turn, generate greater economic growth.

Beneath the veneer of the current market headlines -- and short-term currency traders -- it is the people in these countries that are the market. As Ben Simpfendorfer describes in his book, "The Rise of the New East," in recent years, both Unilever and Honda's sales have more than doubled in Indonesia. E-commerce is booming across East Asia, where online payments by shoppers now amount to more than twice the amount of online transactions in the U.S. and Europe combined.

These prospects for growth are simply lost amidst the common public perception that China is overheated and melting. The lesson we draw is that if China quivers, then any country with a young demographic and successful market economy might crash from irresponsibility and misled government intervention. And yet, as the Economist reports, amidst the recent volatility on the Chinese exchange, a fact conveniently missed by Western media is that that in China, "less than 15 percent of household financial assets are invested in the stockmarket." The savings rate there is one of the highest in the world, standing at about 50 percent of GDP. This is why fluctuations in the market hardly diminish domestic consumption.

And don't forget that India is the next China. According to forecasts by the IMF, while growth in China is set to contract to 6.3 percent from 6.8 percent, growth in India is projected to grow at 7.5 percent. Moreover, BP predicts that India will surpass China in energy consumption by 2035, and perhaps even sooner. Greater energy consumption means a greater need for infrastructure at every level -- from vehicle density to power grids -- to support a burgeoning population that is, in turn, generating greater economic growth.

In purchasing power parity terms, the so-called "developing countries" enjoy greater wealth than the old "rich" countries in the West.

In fact, in purchasing power parity terms, the so-called "developing countries" enjoy greater wealth than the old "rich" countries in the West -- which prompted the FT to launch a debate on "scrapping" the term "emerging markets." Across the global south, increasing purchasing power means a booming consumer market -- unlocking the potential for commercial growth in sectors such as health care and private education. This spells success for consumer companies but not for crafty financial engineers in greying European capitals seeking to exploit hedging and short-term currency trades.

Beneath the fits and spurts of fickle markets -- and the debt products that emanate as the froth and bubble of financial engineering -- a pure commercial opportunity awaits in the form of clear, long-term demographics in the developing world. So let's stop the debt machine. This is as relevant for governments seeking to generate economic growth as it is for global investors in the hunt for yield: private equity groups invested in rose-growing companies in Ethiopia and milk-churning farms in Zimbabwe need to exit companies they have built at high valuations, rather than enterprises saddled with debt.

Yes, by their very nature, infrastructure projects require a healthy amount of lending to get going -- but at a level that is appropriate to the project at hand. Yes, large-scale investment in infrastructure requires governments to lift red tape and work collaboratively with private investors (which is no small feat). To that end, the IMF recently encouraged emerging market politicians to implement structural reforms, such as "easing limits on trade and investment, removing infrastructure bottlenecks" and boost "reforms to education, labor, and product markets" to generate "labor force participation and productivity." And yet, in spite of these factors, raising capital for infrastructure projects has not been a problem: in recent months, key players in the industry have poured billions of dollars into global infrastructure funds.

In such a way, these long-term growth projects may not just be a bright spot for the global south: for in casting aside our preference for the debt-recycling machine, we may actually encourage investment in real assets that would boost output back in the old "rich" countries -- a welcome monsoon rain amidst a sea of paper.

PHOTO GALLERY
Through Your Lens: Ethiopia
Download
Calling all HuffPost superfans!
Sign up for membership to become a founding member and help shape HuffPost's next chapter
Join HuffPost

Why Investing in Infrastructure in Developing Countries Will Benefit Us All
Through Your Lens: Ethiopia 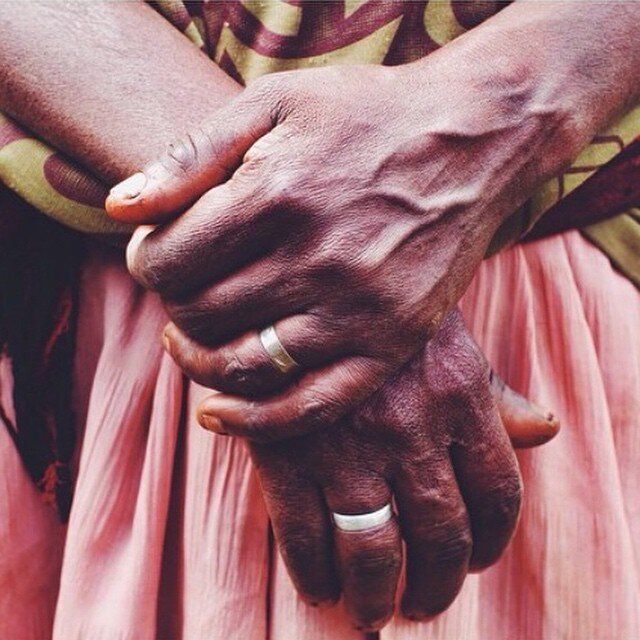