GENEVA, Feb 28 (Reuters) - Iran has stepped up executions of prisoners including juveniles as well as arrests of dissidents who are often tortured in jail, sometimes to death, the United Nations reported on Thursday.

In twin reports issued in Geneva, U.N. Secretary-General Ban Ki-moon and the U.N. special investigator on human rights in Iran, Ahmed Shaheed, voiced concern at what they called an apparent rise in the frequency and gravity of abuses in Iran.

The Islamic Republic, which is under economic sanctions for its disputed nuclear programme, has failed to investigate "widespread, systemic and systematic violations of human rights", Shaheed's report said.

He called for the "immediate and unconditional release" of detained human rights advocates, journalists and lawyers.

Shaheed said opposition leaders Mehdi Karoubi and Mir Hossein Mousavi, who are under house arrest, are among hundreds of political prisoners held for exercising their right to freedom of expression during protests over alleged fraud in the re-election of President Mahmoud Ahmadinejad in 2009.

The next presidential election is set for June.

Dozens of journalists, bloggers and activists have been arrested in the past few months, Shaheed said. Lawyers defending such figures had been targeted, including Abdolfatah Soltani who was arrested in 2011 and is now serving a 13-year sentence.

In a case that stirred international outrage, blogger Sattar Beheshti was arrested last October after receiving death threats and died some days later in prison.

Iranian authorities have arrested seven people suspected of involvement in his death and a judiciary official said a forensic examination had found bruises on the blogger's body.

Shaheed said: "An informed source communicated that Mr. Beheshti was tortured for the purpose of retrieving his Facebook user name and password, that he was repeatedly threatened with death during his interrogation and that he was beaten in the face and torso with a baton."

Torture by blunt instruments, including truncheons, and rapes and electric shocks have been reported in Iran, he added.

Shaheed voiced alarm at the escalating rate of executions in Iran and the use of capital punishment for offences that do not meet international standards for the most serious crimes.

"This includes alcohol consumption, adultery and drug-trafficking," he said.

Without referring to the two reports, Iranian Deputy Foreign Minister Mohammad Mahdi Akhondzadeh told the U.N. Human Rights Council in Geneva on Thursday: "Iran's commitment to the protection and promotion of human rights remains steadfast ... There are ample evidences which indicate my country's commitment in civil, political, economic, social and cultural rights."

Shaheed, a former foreign minister of the Maldives, has not been allowed to visit Iran. His latest report is based on 169 interviews with people inside and outside the Islamic Republic.

Some 297 executions were announced by the Tehran government last year, but the true number was closer to 500, he said.

Drug-related crimes account for 80 percent of executions and smugglers are denied the right to appeal against the death penalty, Ban said.

"There has been a dramatic spike in public executions in Iran," he said. Most took place at dawn in front of crowds. 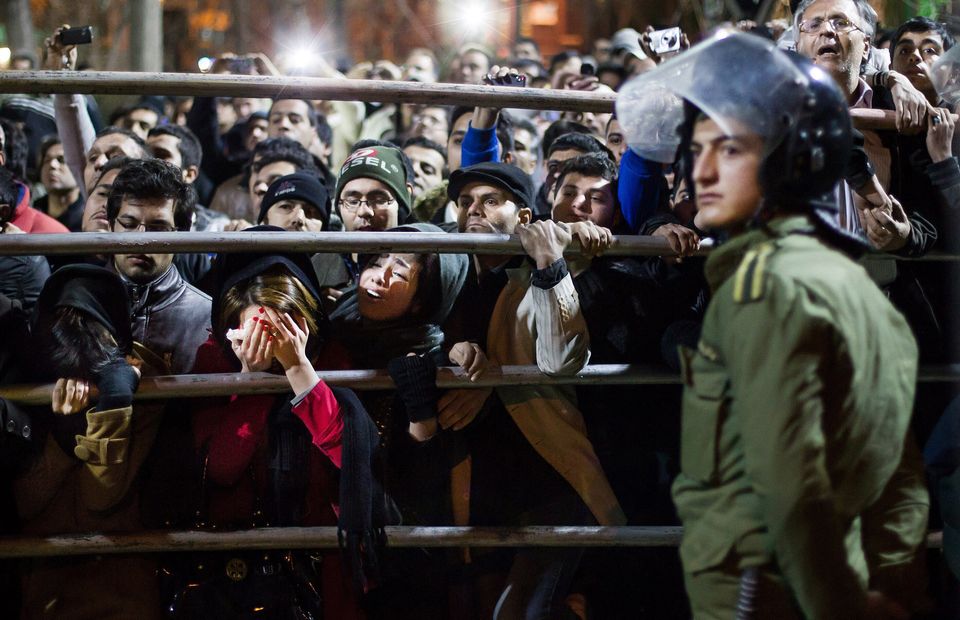