We recently reached a milestone in the history of the human diet: for the first time ever, world farmed fish production topped beef production. In 2013, it's predicted that humans will eat more farmed fish than wild fish. The common refrain is that we need aquaculture because the planet's booming population is running out of animal protein. That's the same argument that says small-scale farmers can't feed the world, justifying a reliance on industrial agriculture. While shellfish farming is actually good for the environment, the facts show that most other forms of aquaculture have scary similarities with industrial meat production.

1. You are what your farmed fish eat

Many farmed fish are carnivorous, which means they are fed wild fish, fish meal, or fish oil, further depleting ocean stocks. And non-carnivorous farmed fish are fed GMO corn and soy. Studies have shown that it takes more than 5 pounds of wild fish to grow 1 pound of farmed salmon. Kind of defeats the purpose of farming fish to protect the oceans.

Like with factory farming and CAFOs, overcrowding of fish in aquaculture results in a higher rate of disease and infestations, leading to increased antibiotic use. Over 80% of all antibiotic use in the U.S. goes to feeding livestock, and it's estimated that farmed salmon are fed more antibiotics per pound than any other livestock in North America. If we don't want that in our meat, why would we accept it in our fish?

Eating fish is good for you, but that nutritional value is diminished in farmed fish. Farm-raised salmon have been shown to have an unhealthy high fat content and higher levels of PCBs. A recent study warned women, children, and adolescents against eating farmed salmon because salmon feed contains harmful pollutants.

4. It's bad for the environment

Fish farming hurts the environment. Offshore aquaculture, even when well-engineered, runs the risk of fish escapement, which can spread disease into natural ecosystems. About a fifth of the world's valuable mangrove forests have been destroyed thanks to shrimp farming in Asia. Wild fish are part of an interconnected web: feeding other species, protecting watersheds, nourishing ecosystems, and providing a livelihood for traditional fishing communities. When we mess with fish, we're messing with a whole lot more than our own diets.

Wild forage fish feed on natural krill, zooplankton, and algae, and the taste of the ocean works up the food chain. Farmed fish in closed ponds eat pellets similar to what you'd feed your cat or dog. That affects the flavor, just like the difference between grass-fed and corn-fed beef. If we want superior ingredients, it makes sense to choose an animal with more terroir. 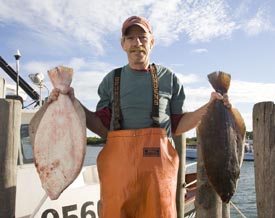 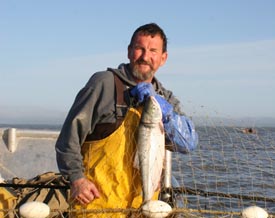 We care about the fish you eat.