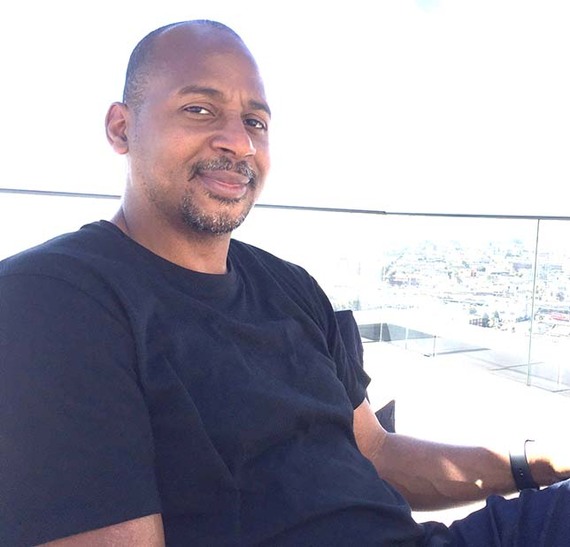 I was sitting on the roof of a high-rise in the SoMa district of San Francisco, across 10th street from Twitter's HQ. I was meeting with Wayne Sutton, the co-founder of Change Catalyst, an organization with a mission to increase diversity and inclusion within the tech profession. It was hot up there, much hotter than it was down on the street-level. I figured the temperature disparity must be a metaphor for something. From our vista we could see the hills and waterfronts of the bay area, and I imagined I was looking at the landscape through Trulia and all I could see was millions and millions of dollars all around us.

Wayne noticed I was gazing out, back towards Pacific Heights and the Golden Gate Bridge. He began to tell me the change he's seen in San Francisco, "You have this gentrification that happened years ago here in San Francisco. There were people that were born and bred here. San Francisco was a very diverse area; it used to be heavily populated by African-Americans and Asians and Chinese. But now it's mostly Whites and Asians and very few African Americans. 6% African Americans, and sure you say Oakland's next door, and Silicon Valley is getting more Latino populations, but still very few African Americans. And you got to keep in mind it to monitor the demographics. There are not a lot of African Americans here. Latinos are here but they are not in tech. So we got to look at, 'Why?'"

"Right," I reply, "Why? Is it racism?" And expected Wayne to say, "Yes, of course it is," but that's not what he said. What he said was a POV on history I hadn't heard before.

Wayne leaned back in his chair, under the shade of the umbrella posted through the middle of the glass table where we were sitting. He said he first heard this POV from an African-American tech founder, "When are you going to realize that in the 60's and 70's when Silicon Valley was being formed, the government contracts for microchips back then, that's how billions of dollars started moving into this area. African-Americans were fighting for civil rights. So African-Americans were just trying to get the right to vote, we were trying to get equal pay, and Silicon Valley was beginning to make millions and billions in the marketplace. So we've been playing catch-up since then."

While Silicon Valley was becoming what it is today, African-Americans were fighting for civil rights and not able to participate; another clear, historical example of white privilege.

"If you look at numbers, it's 60% White males in Silicon Valley," Wayne stated, "Then the highest ethnic population is Indian men and Asians, but everywhere else in the county it's mostly White males and that's it. And then you look at African-Americans, and its 2%, and Latinos are around 1%. Women are 16-30% in that range. Nowhere near the real numbers in America. Of the American population."

Looking at the recent census data, the topline US demographics are:

The data alone spells out the imbalance between the Tech world and the general numbers. 2% Black and 1% Hispanic in Tech presents a large gap, not to mention the huge disparity in gender. Though women make up 59% of the workforce, only 15.6% are in Tech.

So, I went to speak with an African-American woman working at a Bay Area tech firm, Kiwoba Allaire, the CSR lead at Rocket Fuel. I wanted to see what she thought the problem and the solution could be. 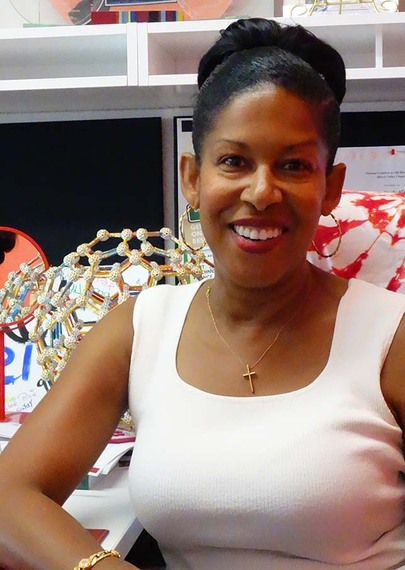 "When I walk around tech companies, I don't see anyone that looks like myself on a daily basis." Kiwoba began as we sat in her bright and cozy office in Redwood City, "It's an all-Silicon Valley problem. And it's not just here it's everywhere.

"I'm not an engineer, you know? But I lead a very rich life and in that rich life, I don't see many people that look like me. Like when I go paragliding with my husband, I don't see many Black people or Latin people. When I go to the symphony, there's very few of them. When I got to the opera or when I go to a few jazz clubs in San Francisco, the black people are on stage! And it's predominantly a Caucasian audience that is watching. Golf, I don't see a lot of Black golfers. Scuba diving, there aren't any! You know, so I'm trying to get them to realize. When I go to a TED conference and I see very-very few women like myself, and it's such a rich environment to learn. I learn so much. At a lot of these conferences I go to and I feel frustrated and sad, that I don't see anybody that looks like me. I see a gap. A huge gap, a huge emptiness, a huge void of people that look like me. And it's in pretty much everything that I do. When I go to yoga class at lunchtime, there is nobody that looks like me. There are no Blacks and there are no Latinos; and yoga is such a rich thing for you. And I'm looking around and I'm like 'Damn, I wish I could see my brothers and sisters here.' You know?"

"Is that due to racism?" I ask. And similar to my conversation with Wayne what I expect to hear is, "Yes, yes it is." But that's not what Kiwoba said...

"I think it's awareness, I don't think it's prejudice anymore. I think it's an awareness issue...I'm here in tech and I'm well received and everybody loves me. It's also that there's not enough of us getting educated enough to do these jobs. They're just not qualified, you know? I know a lot of black people, but they are just not qualified enough to come work here. I try to get them jobs here, but they're not qualified. It starts with the education. And the education has to start young. I want them to live the life that I am living. I'm trying to carve a path! Because if you don't get them and say come on! If I don't bus those kids over here, how are they going to be able to come out here and see what's here? They need the access! They need us! These tech companies need to go get them and bring them in and show them what's available. And then show them how to access it.

"You know they say 'it takes a village?' Well it takes a village to bring up a bunch of kids in STEM education. And I say bring up so that we're not just educating them, but we're bringing them up in the world of STEM. Because STEM is a whole new world for them; and that STEM is behind every single aspect of their world. And they don't realize that.

"If every person looks at it that they are part of that village and they have to step out and physically do something and lift their hand out and lift somebody else up than yes, but if all we continue to just write a check and keep on going than, no. But if everyone put out their hand and physically lift up at least one other person, make a project one person, we can."

I looked back through my notes and saw that Wayne had a similar approach...

'"You fix that [Tech Inclusion] in some of the various ways with some of the work that we have been doing. It's about role models. It's about showing entrepreneurs who came from different backgrounds who don't look like Mark Zuckerberg or Jack Dorsey, or come from the Ivy League schools. You have to have individuals with diverse backgrounds that can be just as successful. And can create wealth and products that can change the world like everyone else. So you have to get new role models and showcase successful and diverse entrepreneurs. We have to showcase that."

The imbalance in the tech community isn't due directly to racism; it's due to the imbalance of opportunity, white privilege, and the history of how Silicon Valley came to be. A recent report discovered that "Black and Latino students [are] less likely to attend top public universities." Both Kiwoba and Wayne, who are heroically trying to fix this imbalance, provided a few actions we can all support. I tried to encapsulate them below:

•Role Models: We need more visibility for women and people of color in the tech community and in STEM careers
•Access: We need to get more young students (middle school) to witness life inside a tech company
•Education: We need to deeply understand the valley ecosystem of hiring from Ivy League/Top Universities and seek to hack the process, to break through, to develop a new pathway

These aren't impossible. Let's get to work.

-----
To take a next step, check out what Change Catalyst has planned and how you can participate and learn more about Kiwoba Allaire's programs here: Girl Stem Stars.

You can also read a longer conversations with Kiwoba Allaire here, and Wayne Sutton here. (This story is an edited version of these two longer-form conversations)

Storyteller at @VerizonNews. Changing the world by connecting the dots.