The scary dairy stories may have you worried. Here are five things you need to know before you make up your mind.

What you've heard: Milk makes you break out.

So...if you're prone to pimples or eczema, drinking milk may exacerbate flare-ups.

What you should know: If you're racing for the restroom after eating an ice cream cone, you know you're lactose intolerant. But symptoms can be more subtle than people realize, says Robynne Chutkan, MD, author of Gutbliss. If you're mildly intolerant, you might not make the connection between your dairy treat and the bloating, mild cramping or gas you experience a few hours later. Research also shows that our bodies get worse at processing lactose, the natural milk sugar, as we age and that some people are more prone to the condition: 90 percent of Asians, 70 percent of blacks and Native Americans, and 50 percent of Hispanics are lactose intolerant, compared with only about 15 percent of people of Northern European descent.

So...milk bothers some people, but it's not like only cute little baby calves should drink it.

What you've heard: Milk doesn't protect your bones after all.

What you should know: From infancy to old age, we need calcium to keep our bones strong, to build new bones and to prevent osteoporosis. Dairy products have the highest concentration per serving of highly absorbable calcium. Milk is also fortified with vitamin D, which plays a crucial role in maintaining bone health -- possibly an even bigger one than calcium, researchers believe. Here's where things get murky. Some studies have suggested that too much calcium (especially without vitamin D) might increase the risk of hip fractures, and other studies have shown that calcium alone isn't enough to protect against fractures. There's a raging debate about the calcium sweet spot; some of the country's most respected nutritionists claim that the current U.S. recommendations (1,000–1,200 milligrams per day, or two to three glasses of milk) are too high.

So...if you're drinking milk for your bones, experts say a glass per day (in addition to a diet that provides around 300 milligrams of daily calcium) should be enough.

What you should know: Milk is high in saturated fat (5 grams in one cup), yet switching to skim won't make you lose weight -- and may do just the opposite. Children who drank skim or 1 percent milk gained more weight than those who drank 2 percent or full-fat milk, found researchers at the University of Virginia. A large Swedish study also discovered a link between fattier milk and a lower risk of weight gain in adult women (normal-weight women who drank one or more cups a day of whole milk had a significantly lower chance of gaining weight than those who drank reduced-fat milk). The theory is that fattier milk increases satiety, decreasing your chances of eating something starchy and sugary later on.

What you’ve heard: You have to drink milk, even if it’s causing problems with your GI tract or your skin or you just never really cared for it.

What you should do: There's no evidence that your health will suffer if you stop drinking it -- as long as you're getting enough calcium and vitamin D from other food sources (here's a handy list, which you can check with this comprehensive database that allows you to search by nutrient). Keep in mind that it's easier to work milk into a diet than, say, cod liver oil, so you'll have to get creative. Chutkan says it may take a while to notice any real difference, and that's why she suggests waiting until around six milk-free weeks to draw any conclusions.

What, Is Milk Suddenly Bad for You?!
Don't Have A Cow: 4 Milk Alternatives 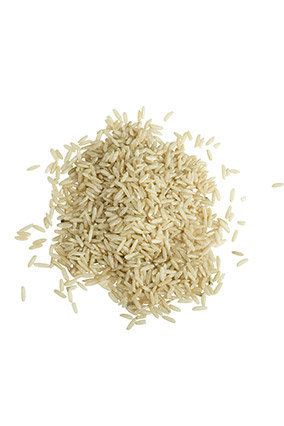 1 / 4
Rice
<b>Taste</b> Light and watery with a subtle sweetness. <b>Why It's Good</b> Fortified rice milk is a safe alternative for anyone who is lactose intolerant or allergic to nuts and soy. It has just two grams of fat per cup and contains no saturated fat or cholesterol. Another bonus: It's a good source of vitamin B12 (which helps create the red blood cells that carry oxygen throughout your body), far exceeding levels found in goat's milk. <b>... But Watch Out</b> One cup packs a whopping 25 grams of carbs (cow's milk has about 12) -- which may be fine for athletes and highly active people but isn't so waistline-friendly for those who sit all day and don't exercise regularly. And like many other types of milk from alternative sources, it's very low in protein: just one gram per serving compared with about eight in cow's milk.
Thinkstock