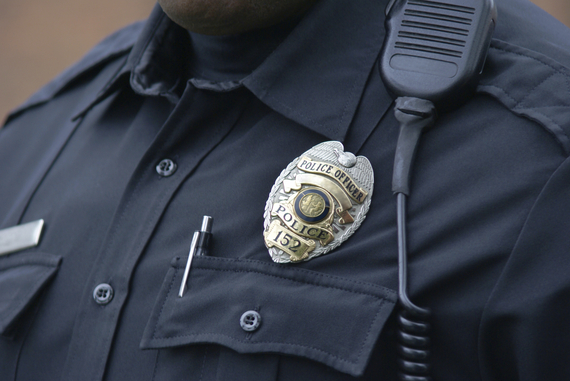 In the real world, the Fourth Amendment is often irrelevant. That's the provocative claim that Radley Balko makes in a recent blog for the Washington Post. Balko focuses on two recent stories involving police conduct that seems to defy the Supreme Court's Fourth Amendment rulings. One involves DUI checkpoints that appear to have less to do with preventing drunk driving than with generating revenue from minor traffic violations; another involves a frightening and brutal encounter between two border patrol agents and a young woman who got shot with a stun gun after asserting her Fourth Amendment rights. Balko's conclusion: "When it comes to the Fourth Amendment, the law as it's laid out in Supreme Court opinions is often quite a bit different than the law on the ground."

What can be done to ensure that police officers are held accountable for Fourth Amendment violations? The only way to ensure police officers are appropriately sanctioned for violating people's rights and victims are made whole is consistent judicial engagement. What follows are three proposals for making the law on the ground more consistent with the law of the land.

The Supreme Court has held that police officers may question and search citizens without probable cause or even reasonable suspicion of criminal activity, so long as the encounter is consensual and a reasonable person would feel free to leave. Courts routinely find consent when officers use request-language ("May I search your backpack?") rather than demand-language ("Drop the backpack and raise your hands") and people comply with those "requests."

But such "consent" is often more fiction than reality. In a recent case, the D.C. Circuit Court of Appeals found that a young man confronted by several officers in tactical gear and asked whether he had a weapon was not "seized" for Fourth Amendment purposes. As Judge Janice Rogers Brown pointed out a separate opinion that accepted but criticized applicable precedent, "viewing such an encounter as consensual is roughly equivalent to finding the latest Sasquatch sighting credible." Despite the Supreme Court's insistence in Terry v. Ohio (1968) that stop-and-frisk searches must be supported with specific facts suggesting that the subject is armed and dangerous, Judge Brown explained, "officers frequently construe citizens' varied reactions to their probes as rationalizing a Terry stop." That is to say, had the young man refused to respond to the officers' "request" to engage in a "consensual" conversation about whether he was carrying an illegal handgun, he knew he would be forcibly searched: "The choice [people] face is to 'voluntarily' acquiesce to the officers' request or to have any reaction to the officers' inquiries... serve as the factual predicate justifying a Terry search."

Judges should not perpetuate the fiction of consensual encounters that are plainly anything but. Rather, they should place the burden on the government to prove that individuals have voluntarily consented to an encounter with the police, instead of inferring it from compliance with "requests" that are perceived as (and in fact are) demands, backed by force.

The Supreme Court has determined that the Fourth Amendment's ordinary requirement of individualized suspicion does not apply in certain, limited contexts. These exceptions are questionable in their own right, but they are more problematic still when they are extended beyond their intended scope, and judges must ensure that they remain limited.

In a recent case, Judge Amy Berman Jackson of the district court for the District of Columbia provided a blueprint for doing so. The Supreme Court has held that routine border checks can be conducted without probable cause and without a warrant. Pushing the envelope of this exception, federal agents intercepted a Korean businessman on the jetway of his return flight and seized his laptop computer, which they hoped would contain evidence of an export-control violation. In a subsequent prosecution, Kim sought to have the evidence suppressed because the agents had no warrant or even probable cause to go trolling through his hard drive. Judge Jackson properly recognized that this was not a routine border check but rather an effort to use the border-check exception to facilitate "a fishing expedition to discover what Kim might have been up to." She granted Kim's motion to suppress the evidence.

The federal law that allows citizens to sue public officials for constitutional violations, 42 U.S.C. § 1983, unambiguously states that every person acting under color of law who causes a "deprivation of any rights... secured by the Constitution and laws "shall be liable to the party injured." (Emphasis added.) But in Pierson v. Ray (1967), the Supreme Court held that police officers sued for constitutional violations can raise "qualified immunity" as a defense and thereby escape being held personally liable for damages, even if they actually violated a person's constitutional rights. This judge-made doctrine has metastasized over time, with the result that police misconduct enjoys not only immunity from liability but, all too often, meaningful judicial scrutiny as well.

Although the Supreme Court has reconsidered its interpretations of Section 1983 in the past, it has not shown any interest in revisiting qualified immunity. But it should--our constitutional order cannot tolerate rights without remedies. At the very least, the Court should revisit its holding that municipalities are not vicariously liable for their employees' misconduct the way other employers are. Getting rid of this glaring double standard would encourage municipalities to be more proactive in discouraging police misconduct while making the costs of that conduct more visible to the public.