By Jaqueline Burt for DETAILS. 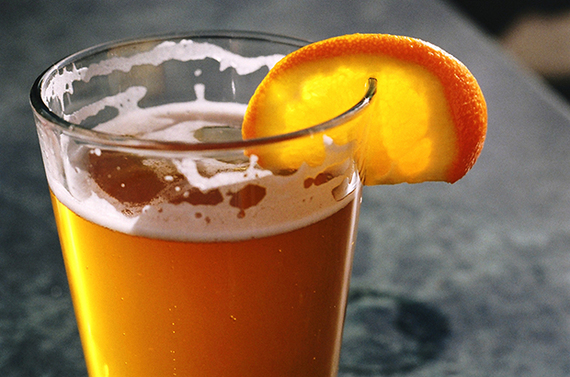 We all know that alcohol is high in calories, but that doesn't really mean we have to give up booze to get in shape, does it? Well, not exactly--but after hearing the complete answer to that rather complicated question, you're still probably going to feel like you could use a stiff drink.
"If you're trying to stay in shape, you don't want to consume more than a drink or two in a night," says Jonathan Keltai, a Nutrition Coach, Certified Personal Trainer, and Performance Enhancement Specialist at DavidBartonGym in New York City.

"And it's best to keep these nights of drinking few and far between. Of course, moderation is key."

Talk about a buzzkill. But science supports Keltai's advice, on various levels. First of all, drinking increases feelings of hunger and decreases judgment skills, which is a pretty bad combo (and a pretty good explanation for why nachos and wings go so great with beer). According to a 2015 study conducted at the Netherlands Centre for Human Drug Research, men who drank the equivalent of just two drinks (20g of alcohol) increased their subsequent food intake by 19 percent.

"Needless to say, these types of foods are generally higher in calories. If week after week you continue to take in extra calories through alcohol itself, along with the high calorie foods that are associated with it, you will be setting yourself up for unexpected weight gain," he adds.

Read more: The Best and Worst Booze to Drink if You Want to Lose Weight

And yes, much of that weight gain probably will show up in your mid-section.

"The beer belly might be real, but not in the sense that most people generally think," says Keltai.

"Short term, a big night of drinking can cause water retention and gut disruption," he says. "In other words, you might feel heavy and uncomfortable the next day, especially in the belly area."

But while this unwelcome side effect fades fairly quickly, the long-term result of continued drinking is more permanent.

"Unfortunately, most men store excess fat around the abdominal region, creating what is commonly known as a 'beer belly,'" Keltai explains.

"Compounding the situation, alcohol can increase levels of the stress hormone cortisol and high levels of cortisol in the body can contribute to gaining excess belly fat."

It's enough to make you want to bring back Prohibition. But if cutting back to one drink a night every now and then sounds like a prison sentence, take heart: There are ways to kick back with an adult beverage and not end up with the physique of Homer Simpson; namely, stick to spirits on the rocks or mixed with seltzer or water (no sugary margarita mix for you), and count your calories. (A 5 ounce glass of red wine, for example, will set you back 125 calories.) Alas, beer comes in as the most calorically dense alcohol of all, but you can still have your beer and drink it too, sort of: Stick to darker varieties, and try to limit yourself to one beer per evening, recommends Keltai.

So if you want a six pack, you're gonna have to give up drinking six packs. But it'll all be worth it in the end, right? Right??