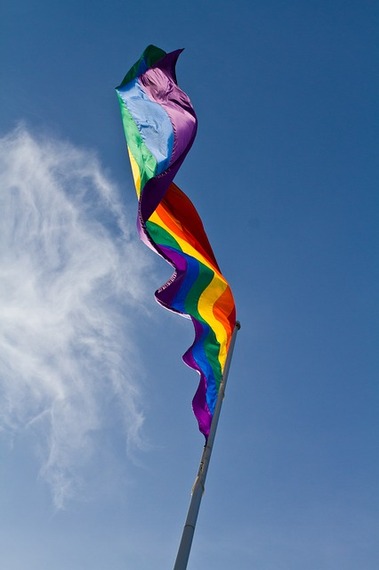 Last weekend was LGBTQ Pride in New York. This year, the celebration was more resonant to me than ever before.

I was a kid who was "funny." I knew I was different from the other boys, and that's such a hard internal struggle, made harder by the fact that I was taunted by other kids, pushed around, called names: Faggot. Fag. Sissy. Homo. Twinkle Toes. (Okay, that last one is kinda sweet.) I learned that God thinks of homosexuality not just as a sin, but an abomination. That really messed with me, let me tell ya.

I moved to New York at 19 to become an actor, but also partly because I thought it'd be a safe place to be gay. As an adult, gay man, I've been beat up twice, once pretty severely, targeted because I'm gay. It took a lot for me to finally come out to my family, and to stand up and be open about who I am. 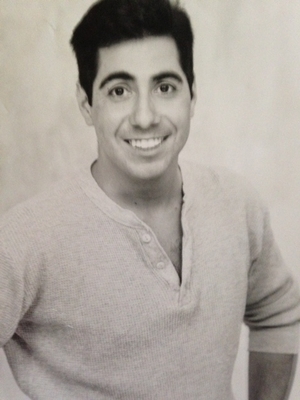 Me circa 1995. Within weeks of this photo session, I was gay bashed for the first time.

I am grateful to the gay men and women who came before me and fought so hard for us to have basic rights. The kind of bravery that it took to fight during Stonewall, to fight during the AIDS crisis, to fight against Don't Ask, Don't Tell, humbles me. We live now in a world that benefits from those struggles. When Gay Marriage was passed, that little boy in me let out a heavy sigh. There was a relief that was palpable. I started to think that maybe people do now think of us as normal, and just like everyone else. And therefore, maybe I'm not different. I'm just as good as anyone.

Then Orlando happened. I feel such shocking sadness and anger, and like that scared little boy again. Vulnerable.

It amazes me that there are still people in this world who think of LGBTQ people not just in terms of being different, but of being less than, and deserving punishment and death. They try to scare us with intimidation and violent acts, sometimes despicably using God as a justification.

That's why Pride is so important and relevant TODAY. We must push back to those people, and anyone who thinks we are second class, by bravely standing up and fiercely celebrating everything that we are, with a parade, music, creativity, protests, dancing, ice cream, floats, drag queens and kings, bands, political groups, celebrities, with every range of person, age, sex, gender identity, sexual identity, race, ethnic group, religious belief. The pride that we celebrate as LGBTQ people, we take with us into our day to day lives. It gives hope to the young people coming after us, and maybe helps change a mind or two.

At Pride we show that we are humanity, in the symbol of a rainbow.