I came upon Jean-Pierre Leaud sitting in a hotel lobby in Lisbon, alone in the twilight, and kneeled before him.

"Could I please ask you what you see now when you look at that last shot of The 400 Blows?"

In the last scene of Francois Truffaut's film, the boy Antoine, played by 14 year old Leaud, escapes from a reformatory and runs to the sea. In the last shot, he turns and faces the camera.

"That is an excellent question," the seventy-two year old actor said immediately. "What do I see in that image? I see one of the most beautiful shots of cinema."

"And what exactly do you see in the boy's look?"

"And what does that look in your eyes mean?"

"Some see that look in your eyes as showing the evolution of a boy into a man. A wised-up regard. A direct confrontation with the viewer."

"Ah--you can take that shot and interpret it as you wish. But what I want to say about it is--it is a mystery!" 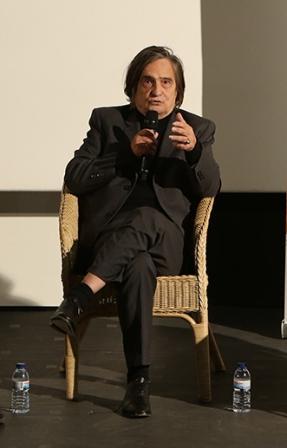 The actor was here at the Lisbon & Estoril Film Festival to present several of Jean-Luc Godard's films, in a retrospective in Godard's honor.