A long time ago (last October) in a galaxy far, far away (Indiana), a father was tickled pink by a cool idea.

Jim Brock saw a post online that taught people how to make a Stormtrooper costume out of a children’s toy sold at Walmart.

“I make costumes so I figured it would be a fun project,” Brock told The Huffington Post.

The dad, who has made pretty remarkable Thor and Ironman costumes in the past, decided it would be the perfect thing for his 4-year-old daughter, Autumn, to wear to NWI Comic-Con in Schererville, Indiana, last week.

Autumn loved the idea but she had one request.

“She asked for pink,” Brock said.

So, the dad dutifully spray-painted it the rosy hue.

Autumn thought the pretty in pink twist might catch the eye of Kylo Ren, her favorite Star Wars character, at Comic-Con -- and her hunch was right. She got to meet the Dark Lord 2.0 at the convention:

“She was pretty happy,” Brock said.

After Brock made the costume, he posted a picture of Autumn it in and shared it with the popular prop-making forum, The Replica Prop Forum, which posted the cute creation on Facebook.

Another excellent custom conversion of the 48" First Order Stormtrooper toy into a wearable suit of armor for a young fan. Submitted by Jim Brock. #CraftYourFandom #GoodParenting #StarWars #TheForceAwakens

Posted by The Replica Prop Forum on Wednesday, February 10, 2016

As to all the attention his kiddie costume is getting, Brock puts it pretty simply:

“I feel pretty good and proud,” he said. “I didn't expect this kind of attention from it, I just hope my daughter enjoys it for future projects.”

If her new habit of randomly putting on the costume and running around the Brocks’ home, “like she's a real Stormtrooper looking for rebels” is any indication, she’s clearly loving it. 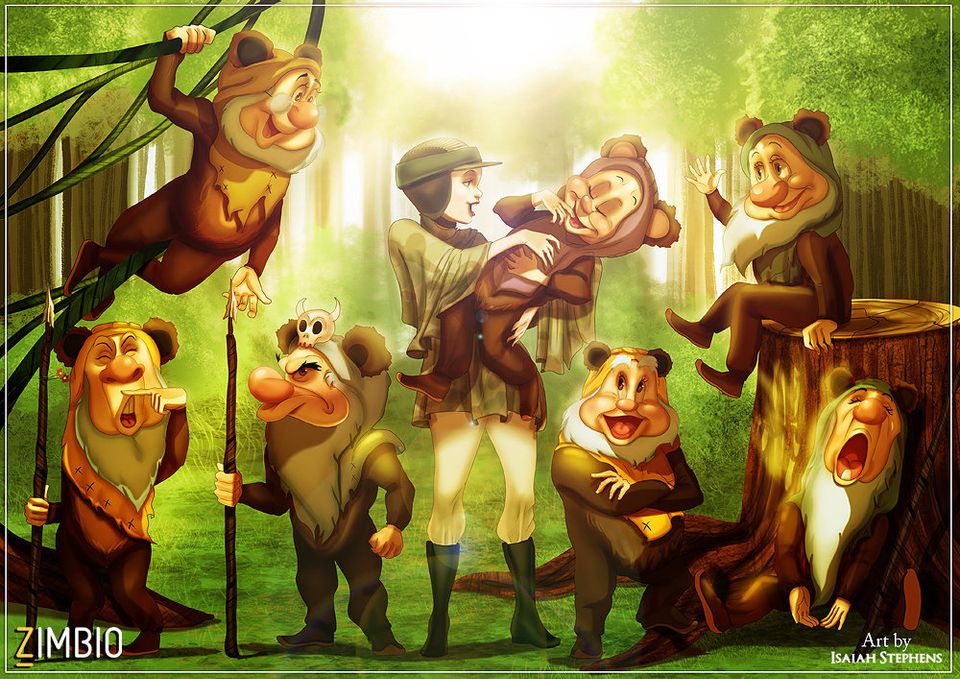