Jimi Hendrix gets the big-screen biopic treatment in "Jimi: All is By My Side," written and directed by John Ridley, who won an Oscar earlier this year for his "12 Years a Slave" script. Outkast's André Benjamin -- you know him better as André 3000 -- takes on the starring role, but without any of Hendrix's actual music used, the film is a mixed bag of poignancy and aimlessness. Despite the script's flaws, Benjamin is wonderful in the role and the movie does provide an intriguing, if sometimes vacant, insight into the early days of Hendrix's career. Ahead, the best parts of "Jimi: All is By My Side."

It Does Everything In Its Power To Thwart Biopic Conventions 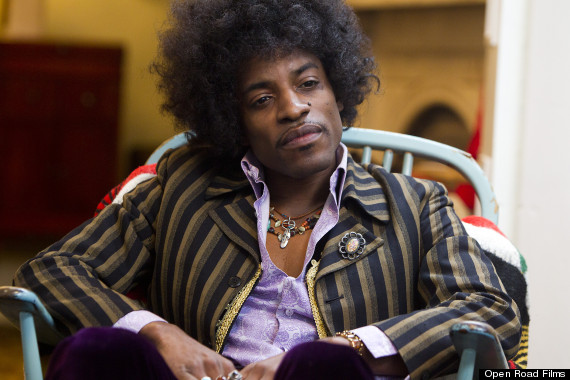 Anytime a famous person is subjected to the cinematic biography, we pore over how many tropes (read: cliches) the movie churns out (see last month's "Get On Up"). But "All Is By My Side" doesn't span the traditional birth-to-death trajectory. It traces Hendrix during the period right before he became famous, 1966 and early 1967, and because the singer's estate denied filmmakers the rights to his music, the 116-minute movie contains not a single Jimi Hendrix Experience tune. Without the constraints of needing to chronicle an entire life span (even a slim 27 years -- the age at which Hendrix died in 1970), Ridley is able to toss out some of the ham-handed staples that govern most biopics. It's refreshing to bypass contrived childhood flashbacks, but the lack of insight into Hendrix's actual music and stardom is a damning omission. That means for every bromide tossed aside, there's a reminder that we aren't getting a full portrait of a famed musician's fame.

Even Without Hendrix's Music, It Still Features A Great Soundtrack And A Museum Of Classic-Rock References

One of the first songs featured is Bob Dylan's "Leopard-Skin Pill-Box Hat," and from there Dylan becomes a sort of spirit animal for Hendrix. "Blonde on Blonde" has just come out as the movie opens, and Hendrix finds more than one occasion to wax devotedly to the folk-rock maestro. In that sense, we do get a layered idea of what Hendrix hopes to accomplish musically. The Beatles, The Rolling Stones and Muddy Waters will also hear their songs incorporated, and among the revolving door of musicians that appear in the movie are Eric Clapton (who has an expected hand in Hendrix's ascent), Keith Richards and Paul McCartney. Perhaps most interesting is the use of "All Along the Watchtower," a track that Dylan wrote and recorded for 1967's "John Wesley Harding" but is more commonly associated with Hendrix because the song became his only Top 20 hit. 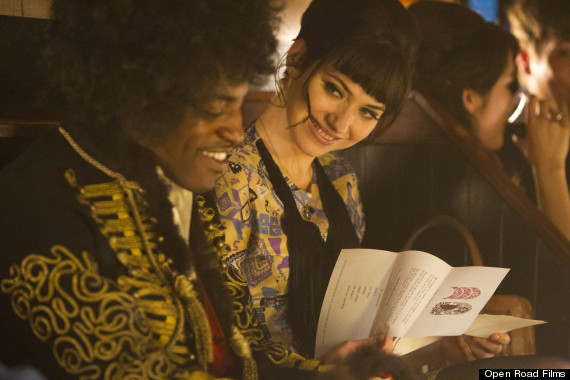 From the instant we meet him in "All is By My Side," Hendrix's signature blend of humility and egoism is on display. He never wanted to be a frontman, only the guitarist. He isn't confident his singing voice is all that attractive anyway. He has a fraught relationship with his parents, as demonstrated by a phone call in which his father is (rather inexplicably) annoyed that Hendrix is calling to inform him he's stationed in London to finalize a record deal. We also see how easily influenced he is by the women surrounding him, namely Linda Keith (Imogen Poots) and Kathy Etchingham (Hayley Atwell), the latter of whom Hendrix met at a nightclub the day he arrived in London. (She became the inspiration for "The Wind Cries Mary" and "Foxy Lady," but of course we don't see that in the movie.) Hendrix has an even-tempered, tranquil spirit until he beats Kathy with a phone after suspecting she's seeing someone else. The scene resonates because it enunciates any given biopic's need to demonstrate its subject's complicated dimensions, but it's a left-field choice for Ridley given the film's overall portrait of Hendrix. It feels like we're inching toward the singer's violent tendencies but reducing them to an afterthought. Does Ridley find Hendrix volatile and perplexing? Only when the writer/director isn't working overtime to show how humble and pensive he is. The movie presents fascinating ideas about who Hendrix was, but they're never brought to completion.

The Costumes Are Fabulous 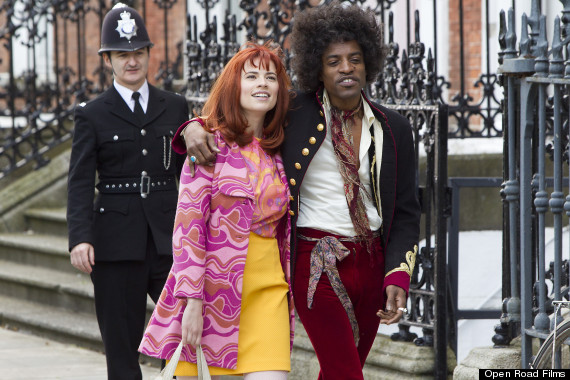 As the movie nears the Summer of Love, witness the counterculture unfold in the form of modish fabrics. More than eye candy, Hendrix and his associates' wardrobes become part of the movie's grander delineation of the late '60s. One particularly enlivening moment comes when two British constables stop Hendrix on the street to lambaste him for wearing a stylish military jacket he purchased at a thrift store. Never mind the latent racism in the police officers' complaints (he's nuzzled up to Kathy, a white woman); what we also get is a confluence of Vietnam-era political sensitivities as they relate to the flippancy of youth culture and, in turn, fashion. Designed by Leonie Prendergast, the clothes are also just great fun.

Most Important, André Benjamin Is Impeccable 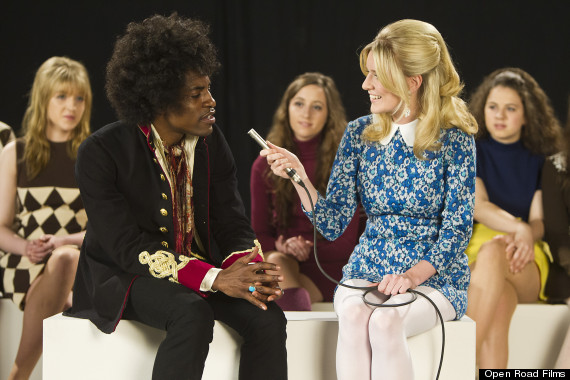 Benjamin lost 20 pounds for the role and softened his voice to carry Hendrix's signature lilt, a hippie-lite upspeak that lends each of his statements an air of philosophical reflection. Benjamin also learned to play the guitar left-handed so as to emulate Hendrix's own shredding, which he does with aplomb. The performance doesn't suffer from the script's weaknesses; instead he settles into line readings with the ease of someone inhabiting a character he both understands and respects. Look out for the one defining musical moment toward the film's close, when Hendrix performs an electrifying cover of The Beatles' "Sgt. Pepper's Hearts Club Band." Benjamin thrusts the guitar behind his back and rams it into his mouth to play with immeasurable confidence. Hendrix doesn't so much as blink during the scene, even though he knows The Beatles are sitting in the audience. Benjamin's magnetic performance carries -- nay, saves -- the movie.

These Are The Best Parts Of 'Jimi: All Is By My Side'
Fall Movies 2014