Johnny Depp turned into infamous former mob boss Whitey Bulger while filming "Black Mass" in Boston this week. Depp stars in the biopic, which is based on the 2012 nonfiction book of the same name.

The Boston Globe reported that filming took place in Dorchester and Depp has been sporting a bald cap and slicked back hair to transform into the controversial figure. Bulger was found guilty on 31 counts in 2013 and was found to have been involved in at least 11 murders. He is currently serving two consecutive life terms for his crimes.

Photographers captured Depp and his co-stars filming a scene in which Bulger and his conspirators commit murder. 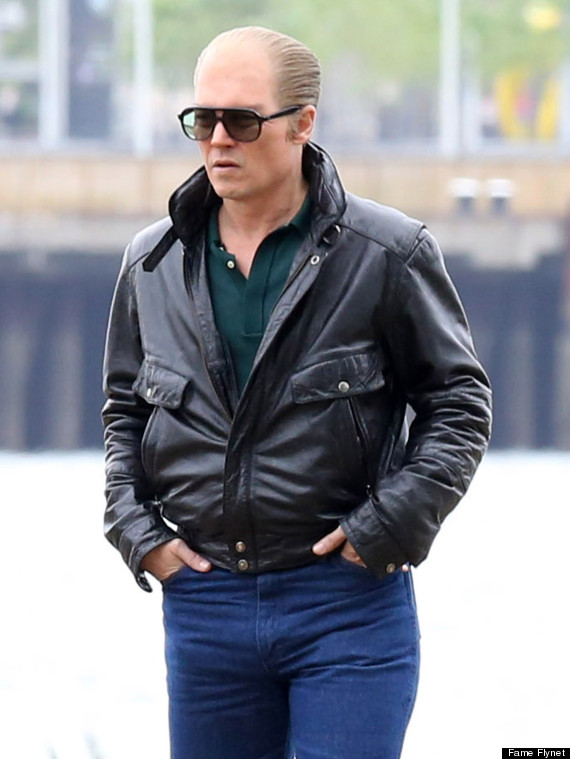 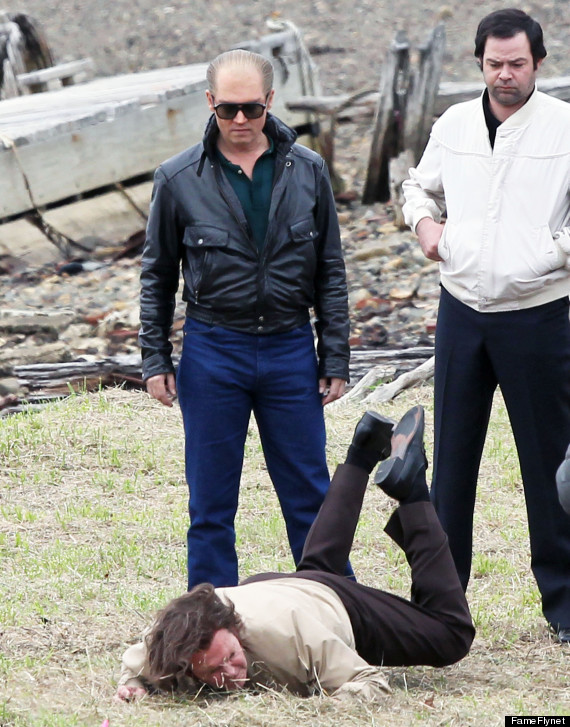