Ten years ago, Hurricane Katrina's flood waters filled my city of New Orleans -- as I watched helplessly from Alaska where I was on vacation. I remember vividly the chaos and confusion of trying to connect with family, neighbors and colleagues from afar with nothing more than a flip phone. At that time, I was on the faculty of the Tulane University School of Medicine and School of Public Health, where I conducted research, saw patients and oversaw the faculty and students of the general medicine section. After the flood, I was in charge of re-assembling my faculty and helping stand up the medical school, which was being temporarily relocated to Houston. 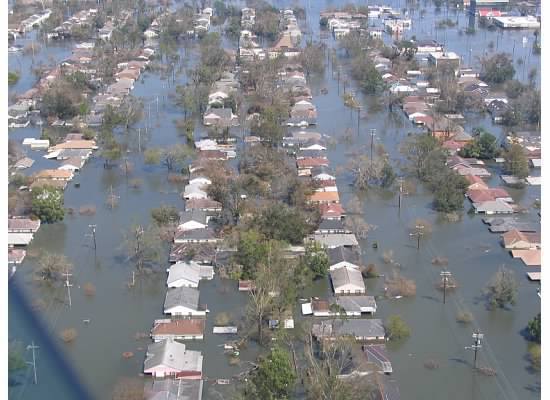 An overhead view of the New Orleans after Hurricane Katrina made landfall on August 29, 2005. Photo Credit: HHS But my focus on the medical school quickly shifted when I saw the immediate need in New Orleans. Hurricane Katrina had torn down our most essential institutions, from 9-1-1 to emergency rooms and hospitals. Eighty percent of my New Orleans was under water. A quarter of a million structures were flooded, electricity and plumbing systems were severely damaged and most care was being delivered by volunteer health care providers working from card tables, sometimes in tents with very limited supplies.

The medical residents, or physicians-in-training, were looking to me for support and leadership in providing needed urgent services and in rebuilding health care in New Orleans. We all saw an opportunity to build something better. Now was our chance to transform the health system into a world class, patient-centered system that would serve patients in their communities and focus on prevention. Instead of waiting to treat people in a coma from diabetes, we would put a structure in place to help prevent diabetes in the first place. We would do this by bringing primary care to people in their neighborhoods. Alongside new houses, we would build medical homes.

But we could not do it alone.

Fortunately, there was an outpouring of support from across the country and around the world. Civilian volunteers and men and women from each of our country's uniformed services came, not just to rebuild New Orleans, but to build it back stronger. Among them were the officers of the U.S. Public Health Service Commissioned Corps, who were so critical to our public health recovery and restoration. 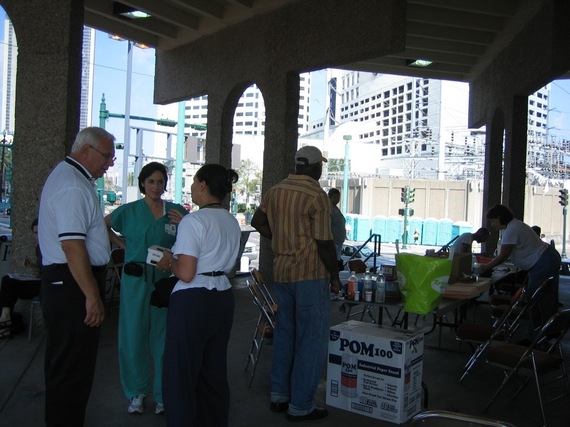 Officers like Captain Kimberly Elenberg and Captain Bill Knight evaluated New Orleans' capabilities and needs and worked with the community to develop a plan for delivering prevention and treatment services. Captain Vincent Berkley (now a rear admiral) organized the daily "nine o'clock meeting" in which health and government leaders focused not only on restoring acute care services such as 9-1-1, but on instituting a broader, long-term policy agenda for health care reform. Captain Patrick O'Carroll (now a rear admiral), a medical scientist, made sure that responders to the disaster were equipped with accurate information about arising health and medical issues. They and their Commissioned Corps colleagues were essential partners in helping us articulate and build our dream of transforming health care in New Orleans.

I am proud of the progress New Orleans has made in making this dream a reality.

Together, we ensured that health care was not only restored, but rebuilt to be world-class and available to all. Today, New Orleans boasts a strong community health system of neighborhood-based clinics that serve 130,000 people, nearly one-third of whom are still uninsured, with high quality, affordable care at 60 sites across the metropolitan area. Additionally, the public health infrastructure has been reimagined and rebuilt into a local force for wellness. It serves the community not only in times of disaster but also on an everyday basis through prevention programs like FitNOLA or good policies like smoke-free spaces that make the healthy choice the easy choice.

While Hurricane Katrina initially devastated New Orleans, it reaffirmed my belief in the capacity of a community to come together not just to survive, but to thrive; to build upon a dream, born of disaster; to no longer be the city that care forgot.