The publicist for Henry Ford, William J. Cameron once said, "Money never starts an idea; it is the idea that starts the money." The quote fits quite nicely within the context of crowdfunding. What happens though after the money comes in and the product has been fulfilled? Does crowdfunding lead to something more substantive or is it a one-time solution to finance a seemingly innovative product or creative idea with little chance of turning into something more substantive? This is a particularly relevant question given the surprisingly low failure rate (9%) of Kickstarter projects meeting their funding goal.

The 2012 article by Aubre Andrus of Tom's Guide listed the "10 Best 'Crowdfunded' 2011 Kickstarter Tech Projects." I wanted to see where crowdfunding had led these projects five years after their campaigns were completed to help answer the proverbial interview question, "Where do you see yourself in five years?" After all, the best kind of sight is hindsight.

iTar was an attachment that would transform an iPad into a guitar. This was the only campaign of the ten projects featured in the article that didn't reach their funding goal. Obviously, this project was unsuccessful. Staying within the music genre, Imaginary Marching Band raised a little over their goal of $10,000 to bring to life open-sourced wearable instruments that allow people to create real music through pantomime. Although the campaign reached its goal, the website for Imaginary Marching Band is no longer live, so we can only assume the success of the product was short-lived. 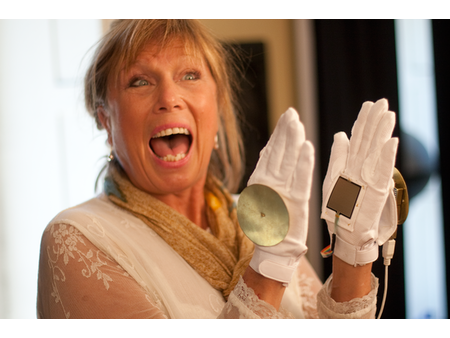 The Hanfree iPad Accessory would allow for hands free enjoyment of an eBook or movie on the iPad. The campaign was successfully funded and raised over $35,000. Unfortunately for backers of the project, the product was never finished and resulted in the creator of the campaign filing bankruptcy. Another iPad accessory, the Table Claw was successfully funded, is currently being sold in Office Depot and on Amazon. Being successfully funded on Kickstarter has led to a success in the marketplace for the Table Claw but its success hasn't led to any further innovations from the creators of the campaign. 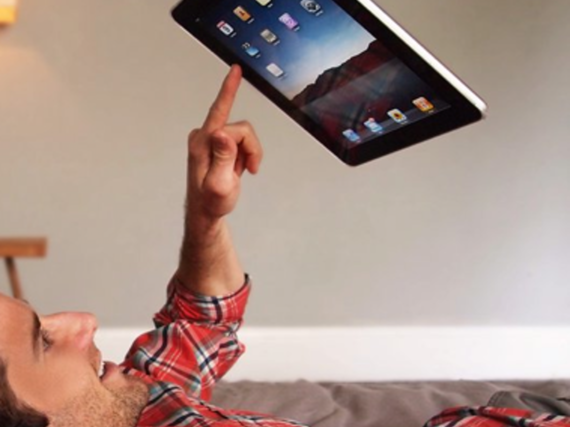 The Cassellet was designed to be an iPhone case and a wallet in one. The campaign did well enough to reach its funding goal and for the campaign's creator to deliver the product. The product was limited to the iPhone 4/4S. Versions for later generations of the iPhone or other smartphones were never manufactured.

The final four campaigns all raised over $100,000. The lofty success of these campaigns begs the question, does raising more money increase the chances for a single campaign to evolve into an actual company? TouchFire received over $200,000 in funding and since 2011 has received rave reviews for their iPad keyboard. The success of the campaign and of the TouchFire has allowed the creator to expand their product offering to include a protective case for the iPad. 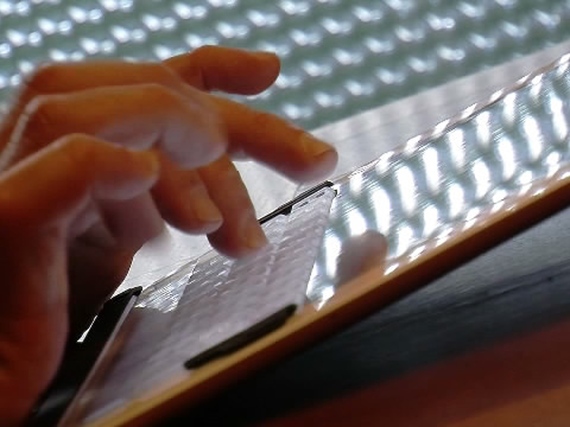 SpnKix are battery powered, motorized skates that attach directly to shoes. Peter Treadway, successfully launched the Kickstarter campaign and raised over $120,000 for his remote controlled skates. Since that time a scooter, Rocketskates , and possibly their most exciting product, an electric skateboard called a Blink Board have been developed. The company is now called Acton and their products can be found at retailers like Wal-Mart, Target, Amazon, and Best Buy. 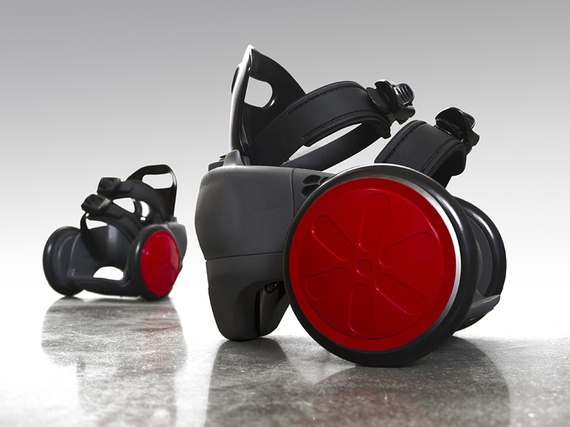 The Hidden Radio and Bluetooth Speaker raised over $900,000, more than enough to bring their version of a portable speaker for the iPhone and iPad to fruition. The initial version of the HiddenRadio has been improved with the next iteration, the HiddenRadio2. The second campaign raised close to $750,000 on Indiegogo. 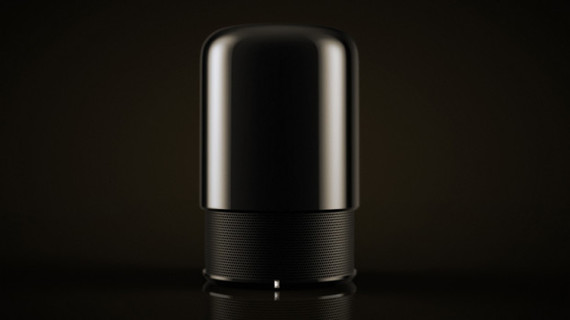 The last two Kickstater campaigns raised the most money and not coincidentally their campaigns have led to the most successful creation of companies. The first, the LunaTik Touch Pen is a stylus that can write on an iPad or tablet and on paper with just the click of a button. The success of the original campaign has led to other highly successful Kickstarter campaigns for solutions to protect the iPhone and the Apple Watch. The company's four campaigns have raised a total of over $2,000,000. Scott Wilson, the creator of the LunaTik, was named one of the Most Creative People in Business by Fast Company. Wilson credits Kickstarter with allowing him to "humanize the brand, and allowed users to feel that they were part of creating something." 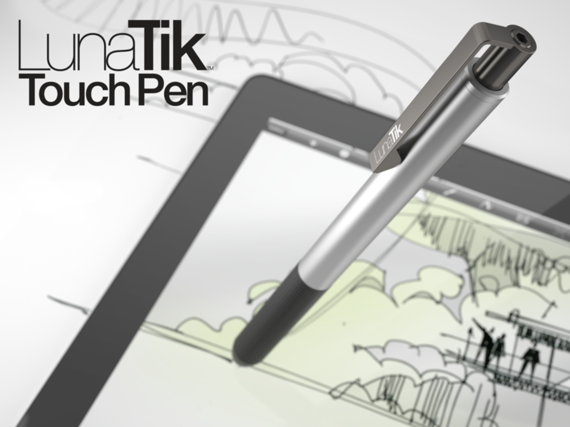 CineSkates was the brainchild of Justin Jensen. Frustrated that equipment used to create cinematic quality camera movement was expensive and difficult to use, Justin set out to create a simple solution. CineSkates is an inexpensive, configurable tripod with wheels that enables filmmakers to shoot smooth panning shots. "I thought the idea was good, but I needed a way for the market to validate it without having to take a large financial risk. Kickstarter provided that,"said Jensen. CineSkates exceeded the funding goal ($20,000) by the largest percentage (2,432%) of any of the campaigns that were on the list from 2011. 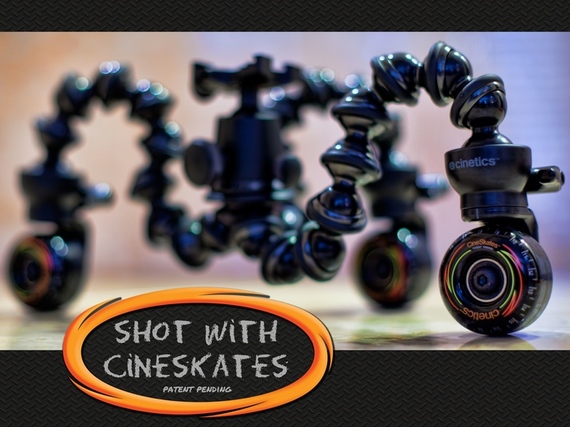 From CineSkates, the company Cinetics was born. Cinetics has since launched two other highly successful Kickstarter campaigns. CineMoco followed CineSkates and raised over $100,000, followed by Cinetics signature, motorized slider, Axis360. The brand Cinetics has become synonymous with innovative equipment that allows independent filmmakers the ability to capture quality camera movement without a Hollywood budget. Jensen also credited Kickstarter with giving Cinetics their avid and loyal fan base. "Without Kickstarter, allowing so many loyal customers to be part of what we were creating wouldn't have been possible. The real reward is seeing how someone uses our equipment to create something really cool and shares it with the world." Cinetics and its full line of products can be found in some of the biggest camera stores in the world like B&H Photo and on Amazon.

As evidenced by looking back at some of the most innovate tech campaigns from 2011, success on Kickstarter doesn't equate to being able to answer the where will you be in five years question with certainty but it seems to help. Of the nine campaigns that reached their goal, the five campaigns that realized at least 300% of their original goal created successful companies. Kickstarter allows entrepreneurs to raise money while building a loyal following, validating ideas, and market products all at once.