You know those annoying sales catalogs that show up a little too often in your overcrowded mailbox? The ones that go straight into the recycling bin? At The Park School in Brookline, MA, where I teach fourth grade, these catalogs were a problem. We were receiving over thirty per day. Some weekly catalogs were addressed to teachers who had retired years earlier. What a waste!

So we decided to do something about it.

We held a friendly "Catalog Canceling Challenge" among grades three, four, and five to see which group of kids could cancel the most catalogs in thirty days. Some took school catalogs home to cancel, others canceled their parents' unwanted catalogs. Thinking the students might cancel a few hundred, I built a small wooden bin in a school hallway with three columns - one for each grade - to display their piles of canceled catalogs. This created a physical bar graph showing the contest unfold over the month. 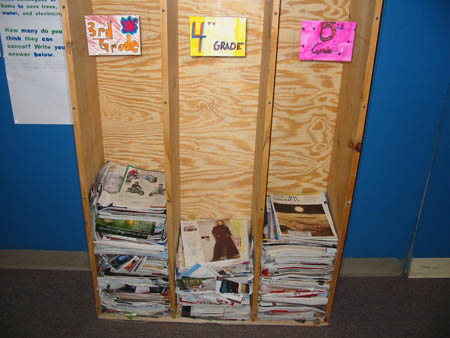 To my surprise (mixed delight and dismay), all three columns were full in eight days! And the third grade started a wobbly three-foot pile next to their side of the bin. I had to build additional columns for the kids to drop in more - hundreds and hundreds more. They got into it and enjoyed doing their small part to help the environment. Some went door-to-door in their neighborhoods offering to cancel neighbors' catalogs. Several children canceled over 100 each.

After thirty days, 145 children in the three grades had opted-out of 4,125 catalogs! If stacked, this would be a thirty-foot-tall pile! Everyone was stunned by their efforts.

Sounds encouraging, right? Consider, though, that the catalog industry mails out that many catalogs every seven seconds. (19 billion catalogs are mailed per year. That's 50 million a day, and assuming eleven catalogs per inch, that's enough to make a 70-mile tall stack of catalogs, 12 times the height of Mt. Everest...each day.) 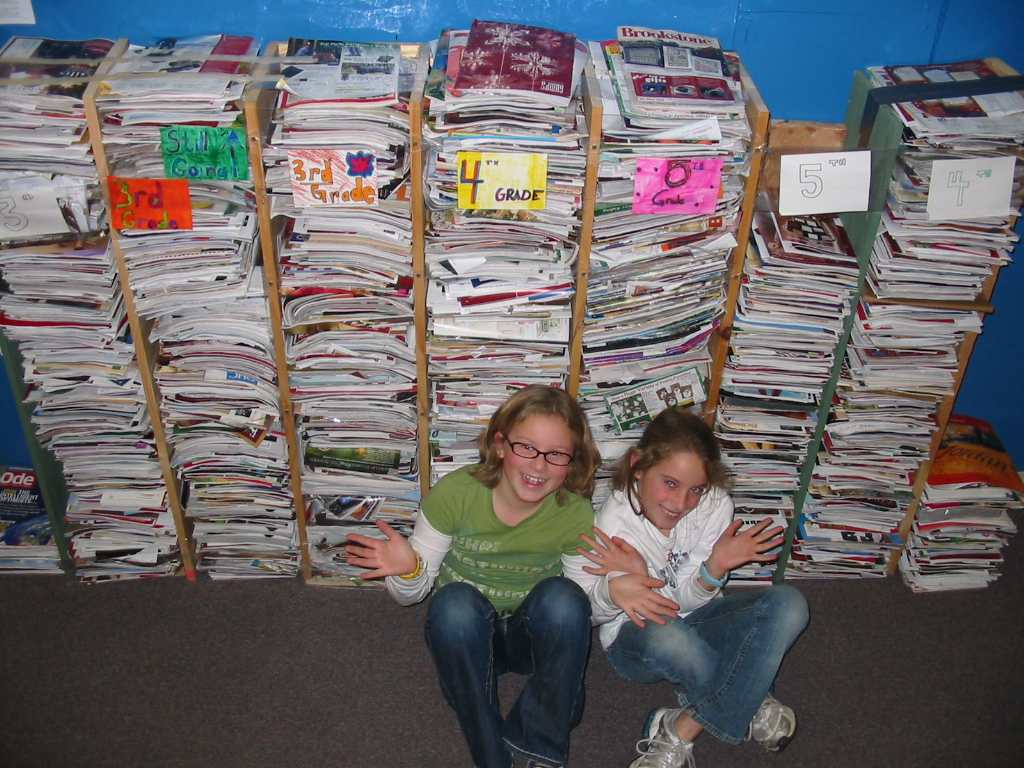 After some calculation, and assuming one canceled catalog represents at least four future catalogs not showing up, we determined that these students saved 50 trees, 50,000 gallons of water (it takes 3 gallons to make the paper for one catalog), and prevented the release of 6,000 pounds of carbon dioxide (the annual emissions equivalent of about 2 cars). These are impressive results that tie a simple, kid-friendly action - canceling catalogs - to preventing deforestation, conserving water and energy, and slowing global warming.

Allowing children to take hands-on action that helps resolve issues they hear about and that may worry them helps them gain control over their world and some of its troubles. It gives them reassurance that they can make a difference and that we will solve these problems. As one of my students once said,

In taking on this service-learning work - like the recycling program the kids run at school, or the green movement and its implied life changes that are now sinking into our societal consciousness - these children are providing our planet with some relief, helping in its time of need. Giving it some chicken soup! (Oh, and by the way, their parents were thrilled to get rid of those pesky catalogs.)

After a live interview with Ann Curry on NBC's Today Show, other schools and Girl Scout troops have joined our project. In fact, over 3,600 children in eight states have now canceled 22,000 catalogs! We're hoping dozens of other schools, scout troops, church groups, summer camps, soccer teams, community centers, and others will join at http://www.parkschool.org/blogs/ted_wells/ and help us reach our goal of canceling 100,000 catalogs!

If you know any green teachers or kids who want to make a difference, pass on this idea. And thanks!