Officials in South Florida recently took on the role of art critics, condemning a vibrant mural created by artist David “Lebo” LeBatard in downtown Hollywood. Their reasoning? According to the Miami Herald, the finished painting is "too abstract" for neighborhood representatives who feel the commissioned project turned out to be more "graffiti" than art.

“We don’t want it to start looking like a ghetto over there,” City Commissioner Patricia Asseff told the Herald.

Other officials chimed in with their own critiques, claiming that Lebo's end result, a swirling portrait of jazz musicians titled “Bee-Bop Into Outer Space," veered too far from the original sketches. Mayor Peter Bober was also less than pleased with the final work, describing it as "too subjective."

In response to the outcry, the Miami-based artist admits that wall conditions caused him to alter his plans for the Great Southern Hotel mural. While Lebo intended to use rollers and brushes to create a pink, blue and yellow, he ended up using red, yellow and orange spray paint to compensate for the bumpy exterior surface he encountered.

"The changes I made from the original conceptual sketch were aesthetic changes based on what I felt worked best for the landscape. They were not thematic changes," Lebo stated in an email to the Huffington Post. "With that being the case, what opinion should a politician have on color or pattern design? The whole thing is laughable because not only did I do the mural for free, I actually came out of pocket for materials."

(Article continues after the slideshow)

The street artist's last-minute creative changes went so far as to prompt officials to change the bylaws surrounding commissioned murals, reports the Herald, putting constraints on the Downtown Hollywood Mural Project that began last year and has led to the creation of six other outdoor paintings. Now artists are required to sign an affidavit, pledging to stay in line with their initial plans.

Lebo writes, "I think the mayor of Hollywood and most of its commissioners represent how out of touch that city is with what helps foster a progressive art movement. When they say my work makes it look like 'a ghetto,' [are they] saying it's too ethnic or that poor people have bad taste? Either way it's an ignorant, poorly placed comment."

The negative reviews of Lebo's work were certainly unexpected, given that Jorge Camejo, Executive Director of the Hollywood Creative Redevelopment Agency, called him "perfect artist for this opportunity" back in 2012.

What do you think, dear readers? 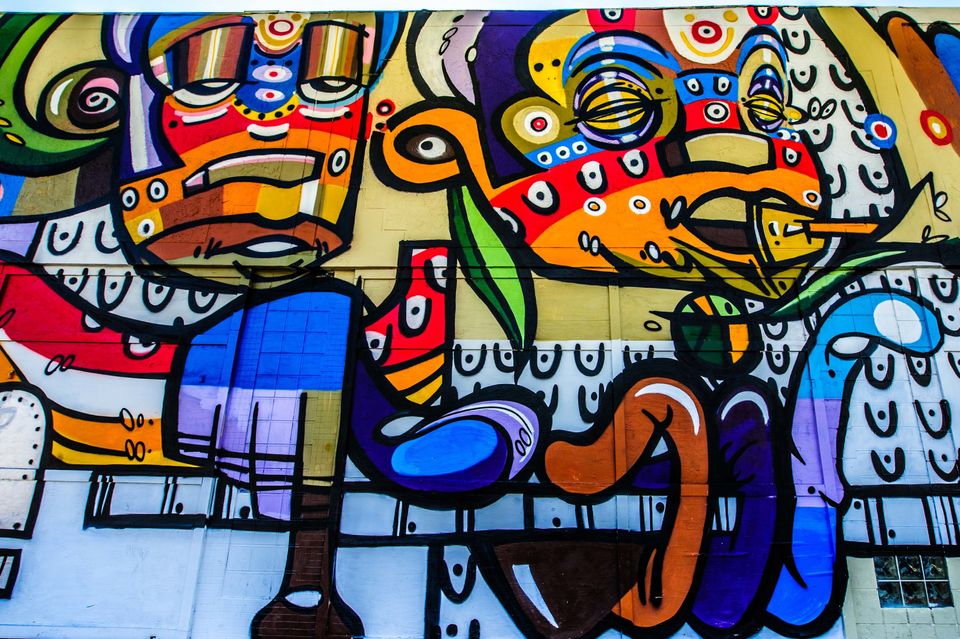