“The Leftovers” has become one of the most divisive new shows of the year, polarizing viewers into categories as opposing as the Guilty Remnant and Chief Kevin Garvey’s police force. Yet regardless of opinions about the series itself, it’s hard to deny the beauty and cathartic power of the show’s opening title sequence.

Once the music hits and the Renaissance-inspired artwork fill the screen, it's hard not to feel emotional, or at least not to feel something. And that’s exactly what the show’s creators and the title designer wanted for the opening sequence -- to make us feel an entire spectrum of human emotions. With the upcoming Season 1 finale of “The Leftovers” approaching, HuffPost TV chatted with Garson Yu, designer of the title sequence and founder of yU+co, the design company behind the “Walking Dead” opening titles and “The Hunger Games: Mockingjay Pt. 1” teaser. 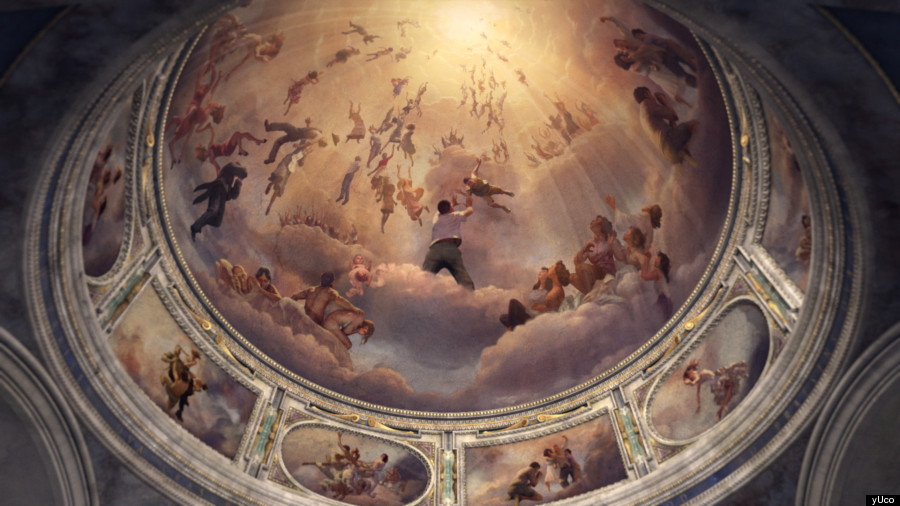 Yu revealed that at first series creators Damon Lindelof and Tom Perrotta had no idea what they wanted for an opening sequence other than something involving Renaissance art. “The show deals with a lot of emotional aspects, a lot of stories about humanity’s reaction to tragedy and oppressions,” Yu said. “So I came up with this idea that what if the stories were depicted on a Renaissance fresco painting.” Yu also wanted to emphasize the religious themes from the series in the opening, so he worked with the artist behind title sequence, Jon Foster, and came up with the concept of setting the fresco paintings in a cathedral setting. “Nothing can be more epic than you walking into a cathedral,” Yu said. “It’s enormous and the reason why is because you feel the spiritual aspect of it and it’s not just physical. That’s what we were trying to accomplish with this sequence.”

Other TV show intros have resulted in mass speculation over possible clues hidden in the sequence that relate to the series’ over-arching mystery. One recent example was HBO’s “True Detective,” which created detectives out of every hardcore viewer. Yet while “The Leftovers” may seem like the ideal series to scatter clues in its opening, Yu told us that it instead tells the stories of the fictional characters from the show and those of real-life people. 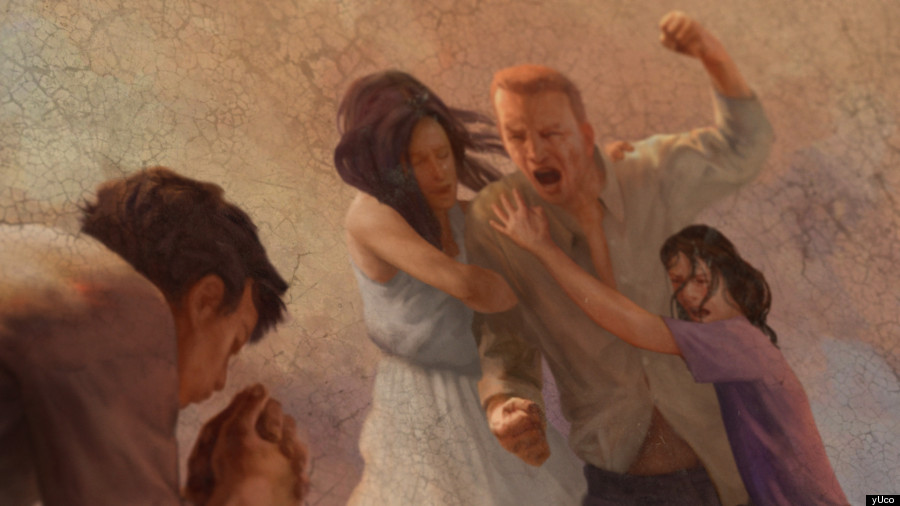 The very first shot of the intro shows an angry cop figure held back by a woman and a young girl. While this represents Justin Theroux’s Chief Garvey in the show, who also has a wife and a teenage daughter, the imagery was also inspired by a real news story. “The story behind it is based on a video on YouTube I saw of five cops beating this one black man to death,” Yu said over the phone. The designer is referring the to death of the Oklahoma man who was reportedly beaten to death by police officers back in February. “That was on the news and that made me think, ‘Okay what if we used the cop, and in the show there’s a cop as well.’” 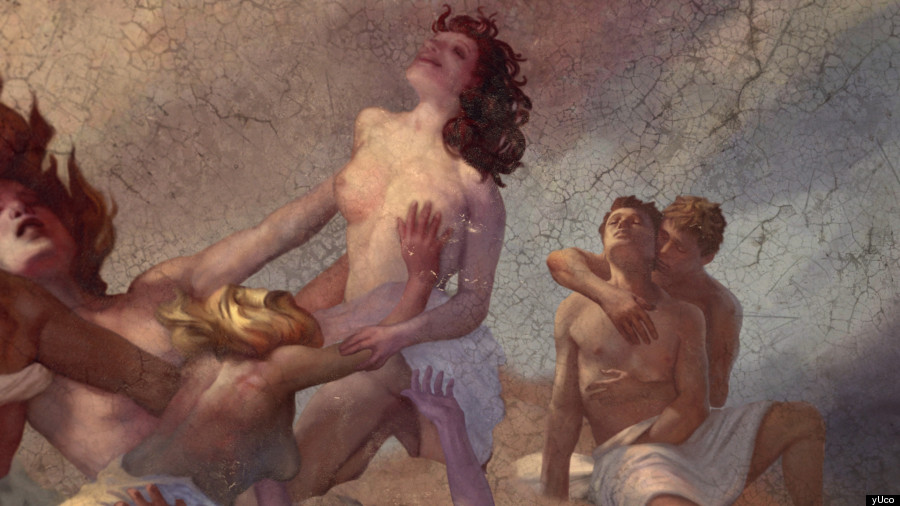 Yu mentioned that he also wanted to represent a variety of people in the intro since the series was about humanity as a whole. There’s one part of the sequence that shows two men embracing, followed by two women. “I wanted to include different types of people, no matter their sexuality,” Yu told us before citing the sex scene depictions of LGBT characters. 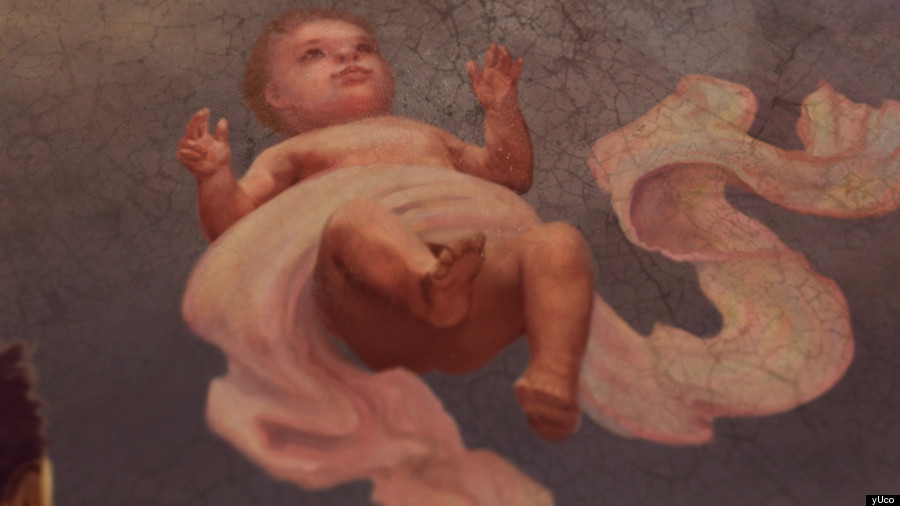 There’s another interesting image included in the sequence that ended up relating very closely to an episode of “The Leftovers” without Yu realizing it. He included an image of the Baby Jesus in the intro without having seen the season’s fourth episode, which is about the missing toy Baby Jesus in the town’s local nativity scene. Yu told us he had only seen the first three episodes when creating the sequence, but wanted to include the Baby Jesus to give viewers a sense of hope. “I think that people are waiting somehow for the next messiah, the next savior, I guess, if you’re a believer. So I wanted to tie in the idea of hope at the end.” 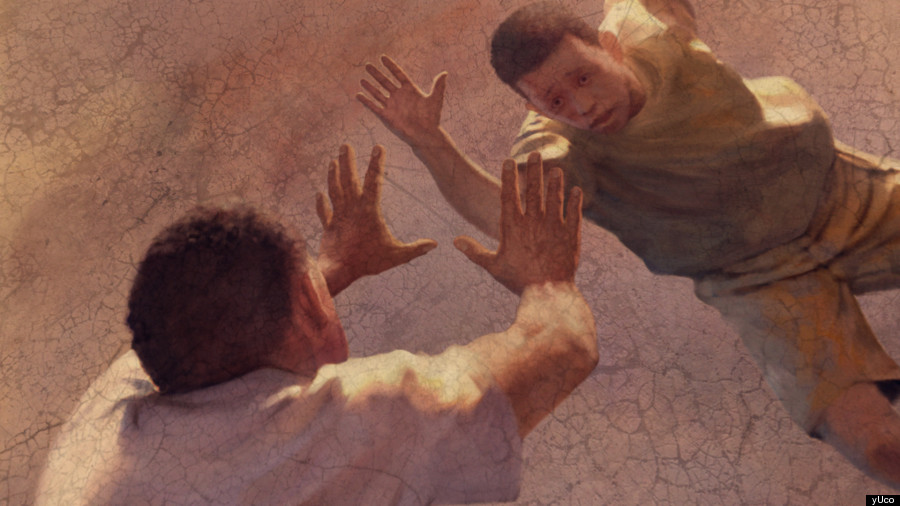 Yu and his design team also wanted to sequence to display a variety of human emotions. In order to do so while also honoring the Renaissance theme, they created an emotion atlas of various Renaissance sculptures and paintings that depicted different emotions. “We divided different types of emotions, dealing with desire, despair, ecstasy, fear and horror,” Yu said. “All those emotions are the most important elements in the sequence.” Beyond just displaying the human reaction to tragedy, Yu and his team also hoped that the sequence would allow audiences to experience their own sense of catharsis. He compared watching the sequence to standing in front of a Mark Rothko painting, saying, “A lot of people will stand in front of his paintings and weep and no one really understands why. I think that matches the show,” Yu said. “I think the emotion comes from our own personal life experiences and memories. That’s what I hope this opening is, this internal growth from the center that will engross the audience.”