Grapevine is a game of six or more people that involves creating a circle and having one person whisper a message to another in the circle until it arrives back to the original sender. Fun and engaging as it may be, the message ALWAYS reaches the initial sender distorted. It could be replaced by a closely sounding word, however, in a big group, it is likely to change to a completely new message.

Reach A Hand Uganda (RAHU) is a youth-led, non-profit organization focused on youth empowerment programs with an emphasis on Sexual Reproductive Health and Rights (SRHR), HIV/AIDS awareness and prevention. We are a dynamic, passionate and committed young team, who believe in the power, potential and future of young people. 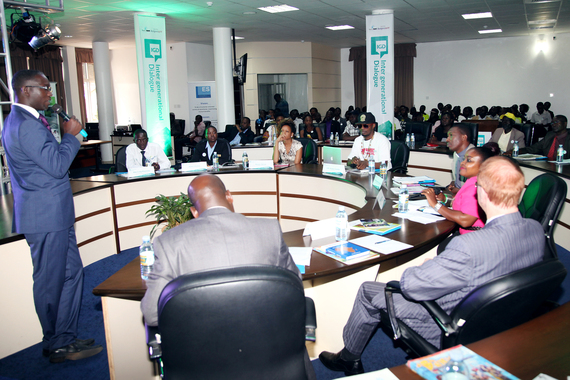 RAHU's strength further lies in the elaborate network of partners that are inclusive of media houses, celebrities and key players in the field of SRHR as well as volunteers. We focus on changing social norms and values that limit access to SRHR services and information through designing effective communication strategies. One key strategy is the Peer Educators Academy, organized in partnership with Segal Family Foundation, MTV Staying Alive Foundation and Victoria University.

At this year's Peer Educators' Academy, we had the 65 participants play the grapevine to highlight challenges faced in communicating about Sexual Reproductive Health and Rights (SRHR) as well as HIV/AIDS.

On analyzing why and from where in the circle the message changed, a participant confessed to having changed it because she felt it was not appropriate to repeat to another person. SRHR information is often shared in bits and pieces, typically excluding what people think may be inappropriate or controversial.

Parents are shy to talk about sex and reproductive health with their children, and in some cultures in Uganda, they actually have an aunt initiative the awkward conversation.

Sex education has typically been an extracurricular activity in Ugandan schools, and not part of the syllabus. This is often how rumors and myths spread among uninformed youth -- like the rumor that one sexual encounter, or sex while standing, cannot lead to a pregnancy.

Someone may have heard something different than another person, and suddenly, it's the grapevine all over again, but this time not resulting in laughter, but rather important information being lost or misunderstood. 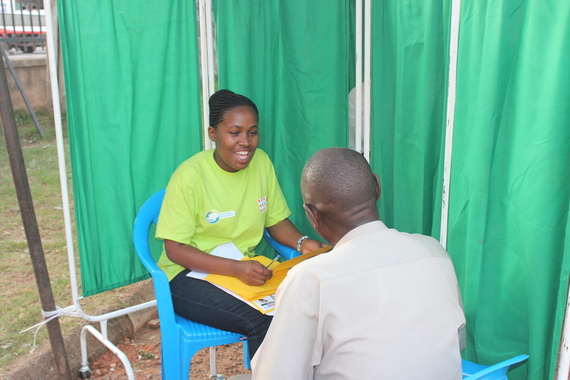 SRHR is a sensitive topic, and because people don't want to talk about it, things will often be misheard or misunderstood. This is why it's important for schools to implement a SRHR program into their curriculum, and it shows that we need to explore alternative communication mediums, like music videos, drama or artistic impressions.

Reach a Hand Uganda was founded by youth for youth. We saw how SRHR messages intended for youth were missing the mark. Today's youth don't want to sit in a public lecture, they will likely be distracted by their phones and friends. But, if the messaging is catchy, then they might look up and listen. We partnered with Uganda Health Marketing Group and UNFPA on a condom-use campaign dubbed "If It's Not On, It's Not Safe." It's catchy, short and drives the message home.

RAHU educates young people from 12 to 24 years with tailored content based on age. Through the Get Your Mix Out (GYMO) campaign, RAHU sends two peer educators per school to 30 schools to teach SRHR knowledge. The peer educators then mentor a group of 25 students for six months, and after six months they become SRHR ambassadors in their schools. They discuss with their fellow peers about the risks of having unprotected sex, encourage them to get HIV tests and advise them to be faithful to one partner. 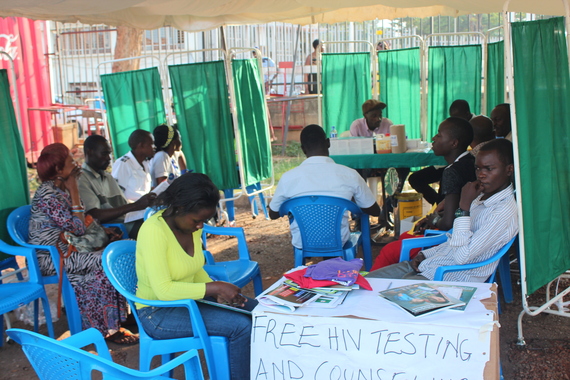 After an HIV session that showed that HIV positive people can live without signs of disease, one of our peer educators had no idea the girl in front of him was HIV positive. He said: "I am shocked that someone with HIV actually looks that good! I could never have asked a girl like her to wear a condom if we were sleeping together." The statement was not meant to be insensitive, but rather shows the misinformation that youth face everyday around HIV, reproductive health and sex.

RAHU also partners with cultural icons that young people look up to to drive the message home. These are successful, reputable people who can influence the youth to make positive change. They include musicians, journalists, local leaders and passionate HIV activists. During projects like GYMO, they speak to the students and inspire them. Our musician icons collaborate to release songs with sexual and reproductive health messages, the latest being "If It's Not On, It's Not Safe."

Many youth rely on the grapevine for real life choices -- not consulting professionals until they desperately need sexual and reproductive health services, and by then, it may be too late. RAHU works to change that. Join us. Advocate for safe sex.

Humphrey Nabimanya is a young SRHR and HIV activist, with a passion for young people, which drove him to start up Reach A Hand Uganda to empower youth with information and skills regarding their sexual health and rights. An alum of community psychology from Makerere University and a peer educator with "World Starts With Me," he believes in developing skills and positive attitudes towards the lives of young people. Humphrey has worked on different projects in Uganda focusing on youth issues especially sexuality and growth. He is also a youth technical adviser on SRHR. Humphrey loves to talk about issues that affect young people and this has seen him presenting a youth centered show on NBS Television in Uganda. For more information, contact Humphrey at humphrey@reachahand.org