This was definitely made by Sir Reads-A-Lot.

The Virginia Beach Public Library recently shared a viral photo on Facebook of one of its book displays, featuring a twist on Sir Mix-a-Lot's "Baby Got Back."

And it's really going to make you appreciate big books.

"I like big books and I cannot lie," reads the display, which showcases only "big books," (either long reads or books that are oversized). "You other readers can't deny; when a book walks in with a good plot base and a big spine in your face you get interested!"

Christine Brantley, community relations and development manager for the library, told The Huffington Post that librarian Brittney Ash is behind the display, which is located at the library's Joint-Use location. Ash, who is known for her creative book displays, found the lyrics on Pinterest and thought it'd be fun to use words and attract readers to take on a big book.

It seems to have worked as Brantley said it has certainly grabbed people's attention.

"It's gotten great reactions from library-goers," Brantley said, telling HuffPost that the display has brought a lot of giggles to people who have witnessed it.

This particular set-up is just one example of the many cool and kooky displays that Ash has created. She's made a Shark Week-themed one, as well as displays for Banned Books Week and a reading igloo made from recycled milk jugs so kids can have a fun place to read.

Brantley said that the librarian is "just blown away" by the positive feedback she's received for her big books creation, and that we'll be seeing more fun from her. She suspects that Ash and her other colleagues will really be amping up the creativity for future displays.

Other book lovers have adapted Sir Mix-A-Lot's funky track to show their fondness for big reads. In fact, a similar concept went viral on Reddit about a year ago as Redditor and bookstore manager ihazahapee shared the window display she created. 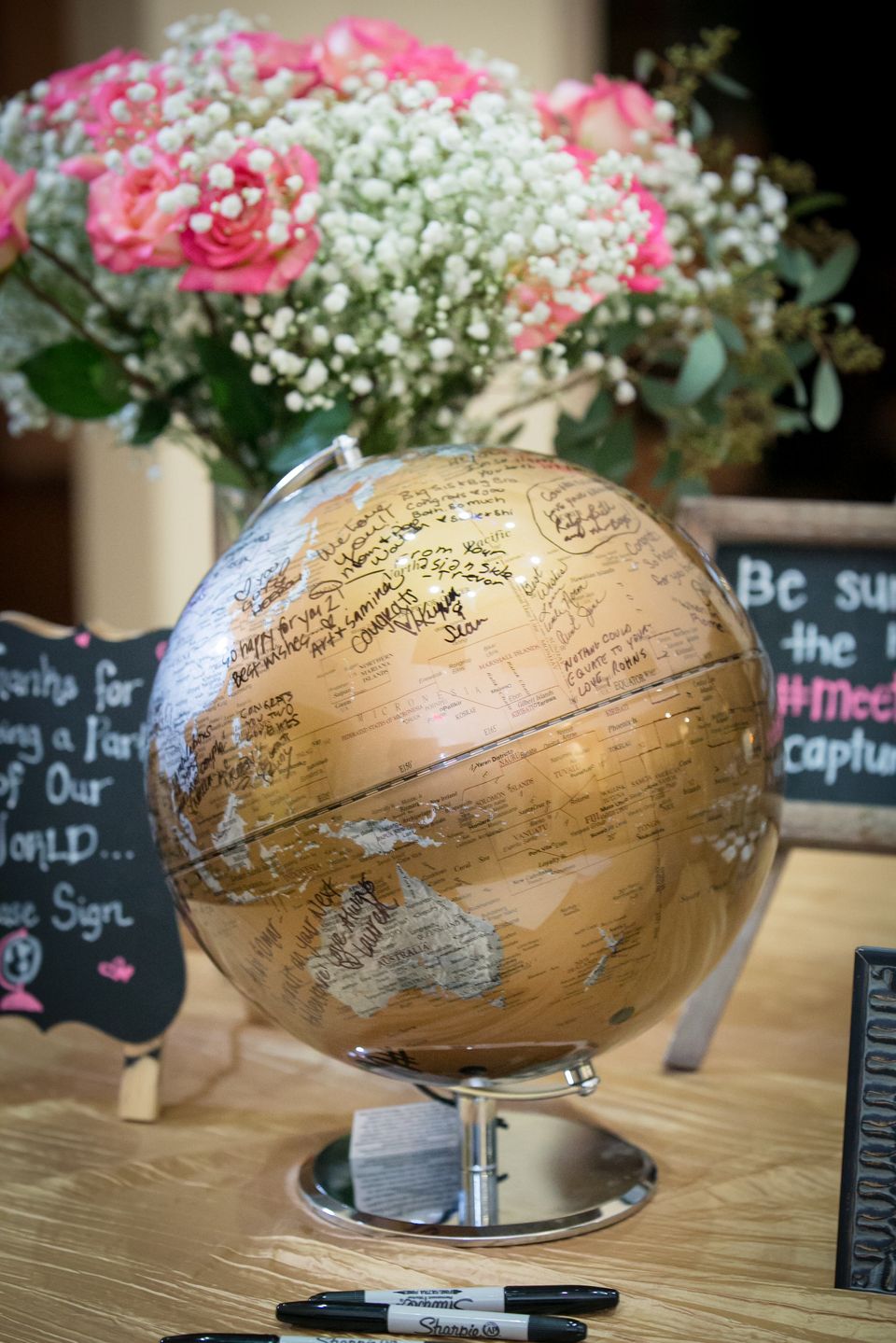 1 / 16
Love to travel? Have your guests sign a globe.
<a href="http://chiemiphotography.com/">Chiemi Photography </a>