Two time Oscar-winner Daniel Day-Lewis ("My Left Foot," "There Will Be Blood") looks every bit the 16th president of the United States in a new poster for "Lincoln."

Steven Spielberg is directing the project, which has been touted as a big time Oscar contender since it was announced. The film is perfectly slated for Oscar success, with a limited release on Nov. 9 followed by a full rollout on Nov. 16. (Those dates are also proof of the Disney's confidence in the film: 'Skyfall' opens on the 9th and 'Breaking Dawn Part 2' bows on the 16th).

The studio has said the film will focus on the president's later achievements. "'Lincoln' focuses on the last four months of the president's life and the political strategizing he undertook at the close of the Civil War to ensure that slavery would be forever outlawed," the studio said.

Earlier photos that have been released reveal a similarly haunting resemblance between the actor (with makeup, of course) and the storied leader.

Here's the poster for the film: 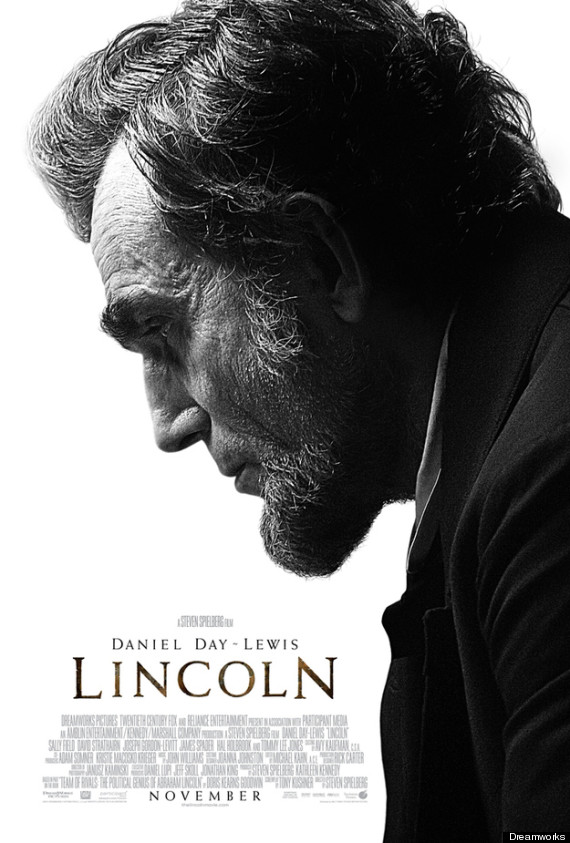