I had left Jerusalem, my hometown, and Israel, my homeland, before, but this time was more painful, because it was much easier. Two years ago, I began my sabbatical at Princeton. After the first year, my family and I returned home, for a summer of war. I should have been used to it -- yet another showdown with no end in sight. But it felt different. The walls of the cocoon seemed harder, the hatred creeping deeper. We hate most those who make us hate ourselves, drowning guilt and shame in resentment. We close our mind, so we can dismiss contradiction and vilify dissension. Israelis and Palestinians have more than their fair share in these crippling dynamics.

After five weeks in Israel, a couple of days after the war ended, I left the bubble -- only to realize I had just reentered another. A benign bubble, for sure, substituting "rationality" for hatred, godless happiness for divine devotion, but a bubble nonetheless, where we scrutinize, but fail to realize, the world beyond, the "unreasonable" conduct of "others" -- be they Netanyahu, Putin, Tsipras, or ISIS volunteers. Yet they all have reasons, which they voice, and we, trapped in our cocoons, lose it in translation. Ultimately, these bubbles we inhabit are bound to collide and burst, revealing the boiling chaos beneath.

"Things fall apart; the center cannot hold," wrote Yeats in the wake of World War I, "Anarchy is loosed upon the world / The best lack all conviction, while the worst are full of passionate intensity." Nearly a century later, similar signs abound. Objectively, ours may be the best of times, an era when, as Steven Pinker showed, the "better angels of our nature" prevail and violence falls. Subjectively, the fall of the Wall commenced an opaque epoch that is increasingly fraught with dangers. God, once pronounced dead, returns with a vengeance. States, once sacrosanct, see their borders violated. Regimes, once omnipotent, are losing their grip. The people, once sovereign, are relegated to subjects. Privacy, once so dear, is lost to new technologies. We seem to be losing material ground, moral face -- and our sense of collective self. Are we living on the edge?

We always have, always will be. Such is the human fate; to know that death is inevitable, only its timing unknown--unless we choose to bring it on. Meanwhile, on the edge of life's gaping abyss, we seek meaning that transcends our transient life. We have constructed elaborate pyramids of human needs and desires, watermarked with a divine eye, forgetting that each pyramid is a vast tomb. 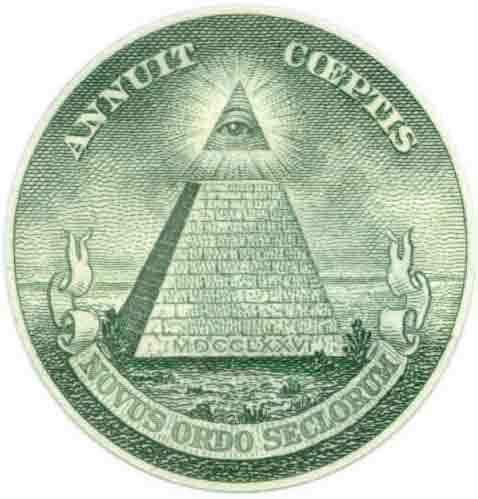 Often we find solace in the bosom of seemingly immortal collectives; civilizations, religions, ideologies, states, and nations. What happens, however, when the nation itself appears mortal, when we live with constant uncertainty about our collective's survival?

Fear reigns. Among mortal nations, the Jewish people have pride of place. "The world has many images of Israel," wrote Simon Rawidowicz in 1948, when the Jewish State was founded, "but Israel has only one image of itself: that of an expiring people, forever on the verge of ceasing to be." Not much has changed, perhaps for good reason. After all, few communities have had to face the lingering mortal challenges of the Jewish people, and of Israel; few have survived. No wonder then, that for decades Israel has been the subject of roughly half the news articles featuring "existential threat" or "existential danger." Netanyahu's everlasting 1938 ("and Iran is Germany") is just the tip of the iceberg. 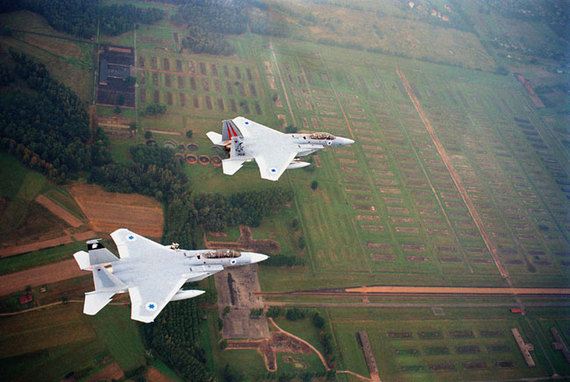 Israel is not alone. Last month, Marine General Joseph Dunford pointed to Russia as posing "an existential threat to the United States," prompting Secretary Kerry to clarify that neither Russia nor China pose existential threats to the US, but that "the rapid growth of groups like Islamic State" does. Beyond single nations, humanity itself, ever since the nuclear age, has been living on the edge. We may well be the perpetrators of the Sixth Extinction, as Elizabeth Kolbert suggested, or, as Stephen Hawking, Bill Gates, and Elon Musk have warned, bring about humanity's "greatest existential threat" through artificial intelligence.

Yet our existential fears reveal what they seek to conceal: existential anxiety. Whether factual or fabricated, fears are concrete, concerning tangible threats. Anxiety is abstract, its origins more profound, and elusive. Fearing for our life veils anxiety about its meaning; we turn to survival instincts we share with all animals to run from what makes us human. Still, as our fears mount, so will our wonder about the real value of what we desperately want to protect. 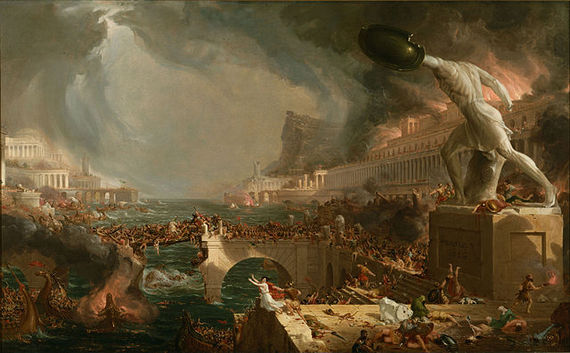 So it goes with politics. Yes, the Iranian nuclear project might pose, in the end, an existential danger to Israel. But what is Israel itself for? If to ensure Jewish survival, does not the Iranian nuclear threat -- directed, even according to Netanyahu, against Israel, not Jews worldwide--undermine the very value of such a haven? Religious Zionists may dodge such doubts by turning to God. Secular Zionism struggled harder, finding its vocation in reviving Hebrew, cultivating the land, erecting an exemplary social democracy, and more. The angst at the erosion of such moral meaning, not the lingering existential fears, are at the heart of many Israeli Jews' mounting sense of impasse.

Israel is not alone. Yes, religious zeal poses existential danger to the liberal West. But what is the liberal West itself for? We can extoll liberalism for its humanism, but such liberalism borders on tautology. If, instead, human life is sacred for "man was created in the image of God," we fall back on the divine. The West's promise of negative liberty from external constraints is seductive, but for many whose hearts and minds we wish to win, that very seduction tarnishes liberalism. To people who choose to join ISIS to find dignity and meaning, liberalism must offer better meaning, if it has one. Tautological humanism and material consumerism will not do.
For Israel, this convergence of challenges could become its redemption, the revival of old ideals in a new age that needs them more than ever. Israel might be the place where brave people burst their bubbles from within, building bridges to help us all live up to our humanity. Last month I returned to Israel. 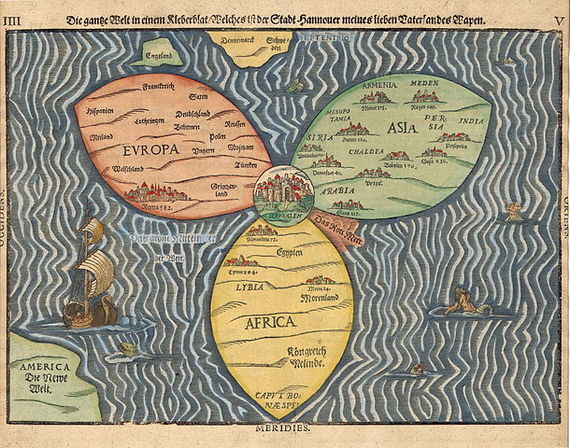