Since "I Love Lucy" premiered in 1951, star Lucille Ball has been one of America's most worshipped performers. Long after the show went off the air, new generations continue to discover her hilarity in syndicated "I Love Lucy" episodes.

But while most know Ball paved the way for future women in comedy, they may not understand the exact magnitude of her influence on Hollywood. More than 60 years after "I Love Lucy" began, the ramifications of Ball's groundbreaking strides are still hugely present in the television industry.

To commemorate the star on the anniversary of her death on April 26, 1989, The Huffington Post compiled some of the ways Ball revolutionized American entertainment.

1. "I Love Lucy" broke barriers with its depiction of pregnancy

Though "I Love Lucy" was not the very first TV show to feature a pregnancy, it was an early one, and broke barriers with the huge success of the storyline. In fact, the episode in which Lucy gives birth to Little Ricky aired the day before President Eisenhower's inauguration, and drew substantially more viewers than his swearing-in.

Though the American public was obviously ready for the pregnancy arc, it still existed in a time of very different moral standards for television. Lucy's character was pregnant, but the show couldn't actually say the word "pregnant" because, according to site The A.V. Club, "CBS deemed [it] too vulgar." Executives reportedly called for a priest, minister and rabbi to approve the scripts before they gave permission for the storyline to air.

2. Lucille Ball was not only a TV star. She had major power behind the scenes 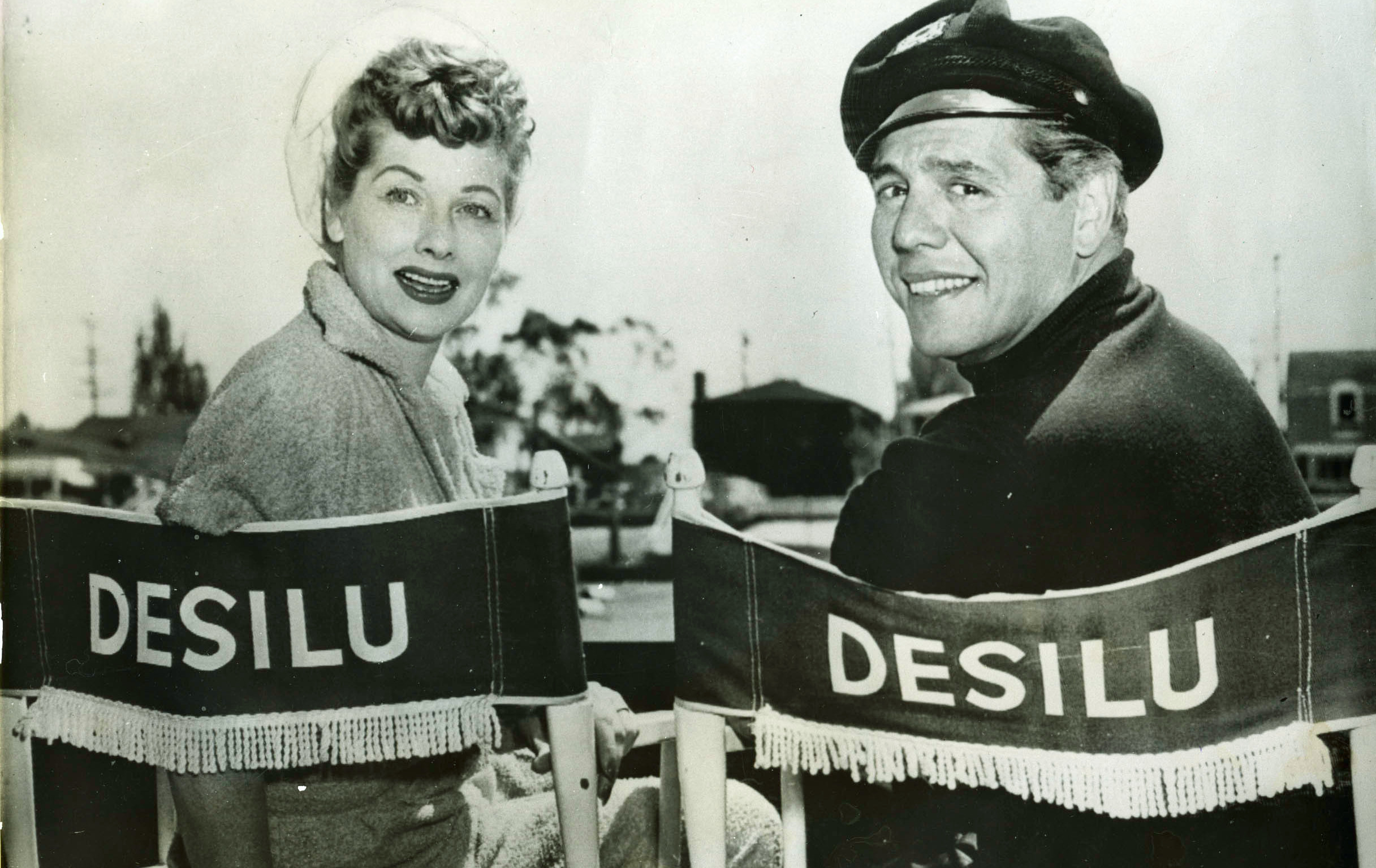 It's no secret that Ball was one of the first comic female leads on television. But the weight of her power in the industry may be lost on current viewers. Ball not only starred in "I Love Lucy," but co-owned its production company, Desilu, with her husband Desi Arnaz. The company -- which produced other hits during Ball and Arnaz's co-ownership, including "The Ann Sothern Show" and "The Untouchables" -- laid the groundwork for the invention of syndication, and was a catalyst for moving American television production from New York to LA.

Other indicators of Ball's iconic status? She appeared on the first-ever cover of TV Guide in 1953 and "I Love Lucy" finished its series run at No. 1 in the Nielsen ratings.

3. Lucille Ball was the first woman to run her own production company 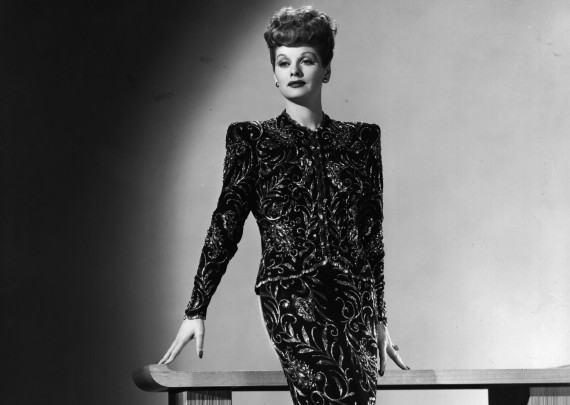 After the "I Love Lucy" era of Desilu, and the divorce of Ball and Arnaz, Ball ended up buying Arnaz out of the company. With this move, she became the first female head of a major production company. While Ball was at the helm, the company produced hits like "Star Trek" and "Mission Impossible."

4. Ethel and Lucy's female friendship was way ahead of its time 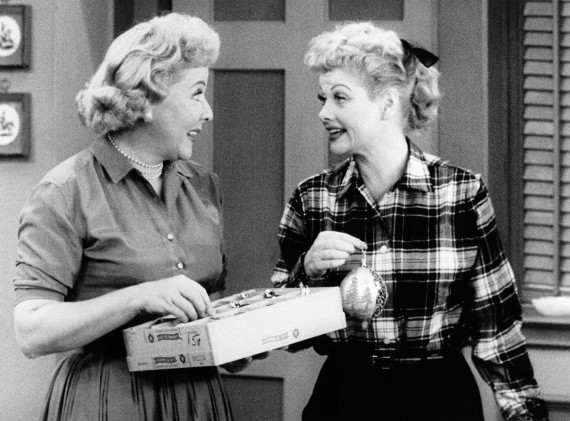 Though we now live in a "Broad City" era, it was only in recent history that television began to increase its representation of realistic female friendships. But on "I Love Lucy," Ethel and Lucy were constantly getting up to their own adventures, without falling into Hollywood's ugliest tropes about women friend pairs. As Rookie magazine writes:

But even though it was sometimes Lucy and Ethel versus the world (or just Ricky and Fred), they always cooperated with each other. They were around the same age, from similar economic backgrounds, and were both happily married. Their relationship existed on an essentially even playing field, so stereotypical female competitiveness plots -- over men or status -- never entered the picture. Whether they were snooping, spying, scheming, or going on wild adventures, their relationship was a source of constant mutual support. (In that respect, Lucy and Ethel’s escapades often passed the Bechdel Test before it even existed.)

5. Lucille Ball had to fight the network to portray Lucy and Ricky's multiethnic marriage 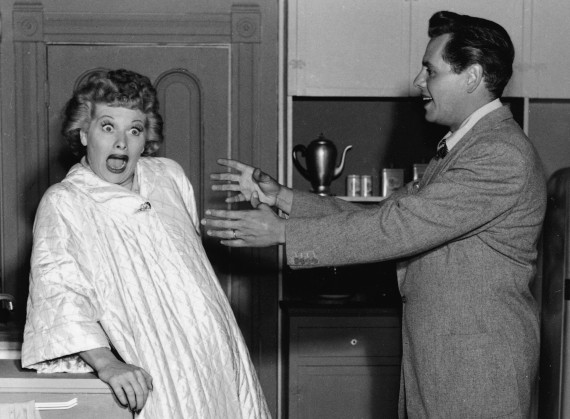 While Lucy and Ricky's relationship on "I Love Lucy," played by the then-real life couple Ball and Arnaz, is arguably the most important relationship in the show, Ball had to fight the network to get Arnaz the role of her husband.

"CBS and its sponsor, Philip Morris cigarettes, were adamantly opposed to this," Kathleen Brady, author of Lucille: The Life of Lucille Ball, told NPR. "They said that the American public would not accept Desi as the husband of a red-blooded American girl."

According to Brady, Ball told CBS she wouldn't do the show without Arnaz, and they eventually gave in.

It feels inevitable that "Lucy" will remain an integral part of the American TV landscape. Hopefully, the depth of Ball's contributions to the medium can also be a part of that legacy.

CLARIFICATION: A previous version of this article referred to Ball and Arnaz's relationship as "interracial." More accurately their relationship is "multiethnic," inasmuch as "Hispanic" is not a racial category, according to the U.S. Census.