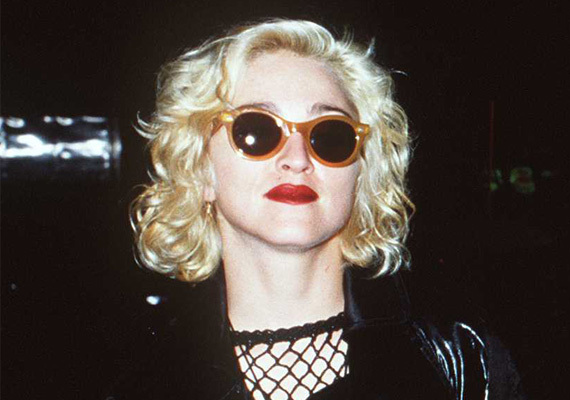 I'll never forget May 24,1991. It was a sunny Friday and my friends and I went to the Old Orchard Theater in Skokie, IL. to see the opening of the film Truth or Dare. I was still the only huge Madonna fan left in the group. The other guys respected her up until she did the lesbian kiss in the video for "Justify My Love," released on video cassette after it was banned on MTV five months earlier. We talked about it on the way to the theater in the early afternoon.

"Yeah, that video is so sick," I said, fully knowing I was a closeted homosexual, as were at least two of the five people who went with us -- all pretending to be macho straight guys.

I knew the movie would contain questionable content, but that it did receive good reviews. Besides, Madonna could attempt to murder me at that time and I would still forgive her. This was 1991, when Madonna was the Queen of the Universe. There was no mainstream Internet, but she ruled the radio airwaves, the music charts, conservative protests, magazine covers and just about everything else.

We laughed at the beginning of the film, especially when Madonna says, "I'm waiting!" only a couple seconds after she requests help on stage with the sound at a show in Japan. At that time, Madonna's narcissist behavior and rudeness were part of her appeal.

There were other raunchy scenes, but they were more funny than disgusting, although at least ten people in the theater had walked out. However, the scene where Madonna's dancer Oliver talks about the problems of being the only straight dancer on the tour led into something that changed my life forever. It was a scene of a gay pride parade - something I had never seen before. I knew they existed, but I didn't know several thousands participated in them. I didn't even realize there were several thousand other homosexuals in the world.

In the scene, Madonna's dancers stand in the sidelines while people march, screaming, "We're here. We're queer. Get used to us!" There are all types of people in the scene: some flamboyant, some simple, some old, some young, some dressed outrageously and some dressed conservatively. In other words, they represented everybody. "Even I could fit in there," I thought.

That moment changed my life. I felt a tear form in my right eye and wiped it right away, just so my friends wouldn't suspect I was gay since I was moved by the scene. I felt a tingling sensation in my legs that was both powerful and relieving. Even though I still felt I was nothing like Madonna's dancers, they were now my heroes. They let me know that it was okay to be different. Even if you are a part of the LGBT community, you wouldn't understand what I felt unless you lived through the 80s or early 90s as a teenager.

When I remember the decision to accept myself no matter the consequences (and believe me, there were some major consequences), I always remember that scene in Madonna's Truth or Dare at that Midwest movie theater. Even though Skokie wasn't considered a conservative town (the majority of people there voted for Bill Clinton in the 1992 election), saying the word "gay" was still considered a sin in the early 1990s.

There was another scene where two of Madonna's male dancers kissed each other. I remember the collective shock and awe the theater experienced. Those who stayed through the film thought they had seen it all. I remember hearing word such as "gross," "sick," "disgusting" and even "Jesus," but I just laughed. I can't say the same thing about my friends.

Truth or Dare was the first mainstream gay film that many people, gay or straight, saw. It led to acceptance of future films and television shows with gay themes (Roseanne being the biggest). Madonna's career was hurt by this film as well as future gay and sex-themed projects that alienated a lot of her fan base. However, as many gay men who grew up during that time will admit, it changed their lives. Of course, Madonna's LGBT activism certainly didn't end with Truth or Dare and she even influenced Ellen DeGeneres to come out of the closet and change history herself.

Madonna's dancers from the film, with the exception of Gabrielle Trupin who died of complications from AIDS, will appear in a documentary called Strike a Pose, which premieres at the Berlin Film Festival this week. According to the Independent, the film deals with how the dancers inspired many gay men to come to terms with themselves, how the tour affected their lives and -- most importantly -- what became of them after the tour.

Like all others who instantly rise to fame, Madonna's dancers struggled once the fame went away. A couple of the dancers sued Madonna for the film and claimed their privacy was invaded. The case was settled in 1994, but their impact on gay rights will be something that lasts forever.