Meeting Santa Claus at a shopping mall can be horribly hectic. There are large crowds, long lines, and holiday music blaring from speakers. It's a recipe for madness -- and for children with autism, it's especially unbearable.

So, malls across Canada are now offering special 'quiet' Santa visits for kids with autism, CTV News reports. A few malls in the U.S. are also offering similar programs, according to 13News Now.

The special visits occur before opening time, according to CTV. In Canada, nine malls offer the program -- eight more than last year.

“We thought we could do this and make such a difference with these families and their holiday experience," Elena Price, a marketing director from one of the participating malls, told the Toronto Star.

Carol Blossom is one of the many parents thankful for the program.

"It's about making it accessible to [my son] and all the other kiddos," Blossom told CTV. "It's such a big deal to me and other people too –- to come and see Santa." 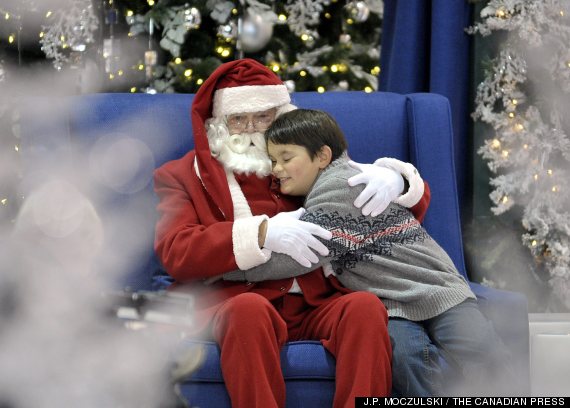 Parents at a mall in Virginia Beach in the U.S. were equally grateful. Penny Madsen, whose son, Cylus, has autism, told 13News Now that she teared up when she watched him meet Santa.

"He's such a great kid," Madsen said, "but he has such an aversion to other people, strangers usually. It's really difficult to get him to really warm up to people, so when he just jumped on his seat with Santa, it really tore me up."