A second person of interest in the murders of four Pennsylvania men has been taken into custody, a law enforcement source told Philly.com. Sean Kratz, 20, is reported to have been a possible co-conspirator with Cosmo DiNardo, 20.

A “person with firsthand knowledge” of the confession has since come forward and told The Associated Press that DiNardo killed them each separately after selling them marijuana and subsequently feeling “cheated or threatened during three drug transactions.” He then burned their bodies ― three of them inside a drum ― at his family’s farm in Solebury Township, said the person, who was not authorized to publicly discuss the case.

The source also said one man was killed on July 5 and the other three were killed July 7.

“Every death was related to a purported drug transaction, and at the end of each one there’s a killing,” the source told AP, adding that DiNardo said an accomplice was involved in at least some of the deaths.

He had been previously held on a $1 million bond until Tuesday evening for an unrelated weapons charge. Not even 24 hours after he was released on bail, he was arrested for stealing a car belonging to Meo. For that, he was held on a $5 million cash bail.

Prosecutors indicated DiNardo had been diagnosed with schizophrenia. His behavior had been “altered” after he suffered a head injury in an ATV accident a few months ago, and his gun charge cited a history of mental illness.

Thus far, investigators have only fully identified one set of remains, belonging to Finocchiaro. The District Attorney’s Office said it would hold a press briefing at 2 p.m. Friday. 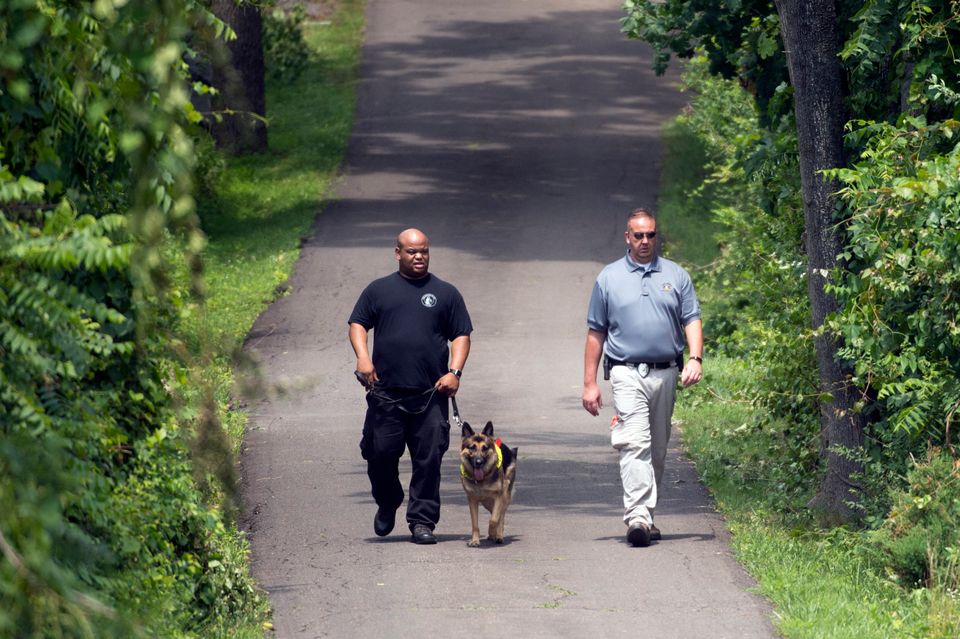 1 / 7
Investigators walk a K-9 unit dog on the property in Bucks County off of Lower York Road in Solebury on Wednesday, July 12, 2017.&nbsp;
Allentown Morning Call via Getty Images