For 13 years I've worked at a college that lies a stone's throw from Mars Hill Church, where Mark Driscoll holds court. Now that court is crumbling amidst charges of financial dishonesty and abuse of power. 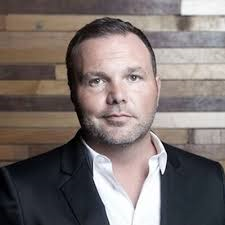 The first three suggestions are absolutely necessary. It's the fourth suggestion -- more accountability to friends -- that I don't buy. Driscoll needs something more serious, more relentless. And I've got it! He needs to hire a prophet of his own!

I'm talking about someone who keeps the church honest without an ounce of risk for speaking the truth. Think about it. Lots of churches have boards whose members sit in the pocket of the pastor. Like Mars Hill. By now, we've heard about the nondisclosure statements that departing leaders at Mars Hill are told to sign. It's pretty clear that dissenting voices aren't especially welcome at Mars Hill.

So hire a prophet! That's right. Driscoll should hire his very own prophet. But what kind of prophet?

What Not to Hire

Let's start with what not to hire. One Old Testament writer (actually, a prophet himself) named Micah described false prophets in words worth reading right now:

Here is GOD's Message to the prophets,

the preachers who lie to my people;

"For as long as they're well paid and well fed,

the prophets preach, 'Isn't life wonderful! Peace to all!'

But if you don't pay up and jump on their bandwagon,

their 'God bless you' turns into 'God damn you.'

You'll live in deep shadows and know nothing.

The sun has set on the prophets.

Micah criticizes the leaders of his day for their neglect of justice, but here his real beef lies with other prophets -- false prophets -- whom he lambastes. Why?

First of all, these so-called prophets "give oracles for money" (Micah 3:11). They "cry 'Peace' when they have something to eat, but declare war against those who put nothing into their mouths" (3:5). These prophets cozy up to power, like members of a pastor-appointed board or pastor-appointed counselors. This is the last kind of prophet Driscoll needs right now; he's got plenty of supporters.

Second, these so-called prophets refuse to recognize that criticism can be inspired by the Spirit of God. Wrong! claims Micah. It's not true that "the Spirit of God has been cut off," as they claim (Micah 2:7 in Hebrew), just because he criticizes his people. Criticism isn't a sign of God's absence but a sign that God is still all in -- and a prophetic critique is what Driscoll needs right now.

Rather than adopting relatively easy solutions like giving up social media (he's already famous, so where's the sacrifice in that?) or being accountable to people he trusts (hardly the serious stuff of honest assessment), Driscoll needs a prophet. Every leader, in fact, needs a prophet. Someone like Nathan, who blasted King David for his dalliance with Bathsheba (2 Samuel 11-12). Someone like Micah, whose concern lay with "justice, power, and might" rather than personal popularity or professional esteem.

So here's what I suggest. Mark Driscoll should take some of his royalties and hire a full-time prophet. Not a friend but an opponent. Not a pushover but a person of incisive intellect. Maybe not even a man but a woman. Someone like Deborah, who exercised enormous power among Israel's early judges (Judges 4). Like Huldah, whose prophecies led to intense reform (2 Kings 22).

Most important, whomever Driscoll picks -- or better yet, whoever is picked for Driscoll -- has to be free of self-interest, impervious to intimidation, and sure that honest criticism is the work of God's Spirit. Someone willing to stand and say, with Micah, "But as for me, I am filled with power, with the Spirit of the Lord, and with justice and might, to declare ... transgression and ... sin" (Micah 3:8).