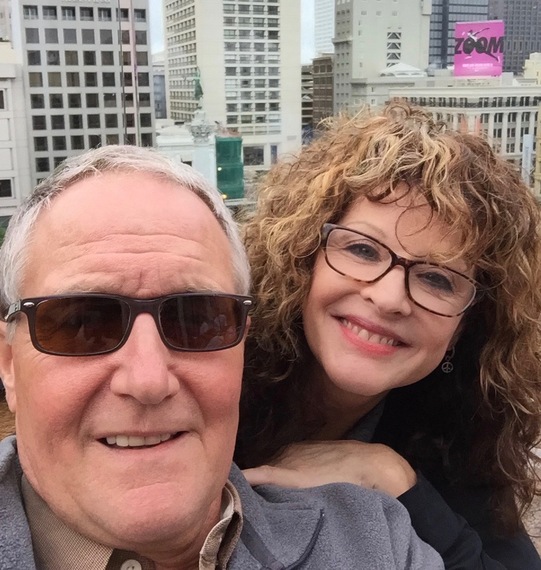 I am a Marriage & Family Therapist who specializes in helping people through the darkest days of their relationships, and I'm very passionate about it. I think that's because I've been married four times and have faced many of the marital scenarios my clients face.

Having been married four times is not something I hide, but I don't I openly advertise it either. That's only because of the negative meaning so many people make up about it. Though we've come a long way since I grew up in southern Arkansas in the 1960s when divorced people were considered crazy and/or trashy, people still harshly judge those of us who have been divorced several times. In fact, many of my clients who are in a second or third marriage (or more!) and are miserable feel they should just white knuckle it rather than chalk up another divorce on their life's resume. They just don't want to bear the negative scrutiny; never mind the shame they'll heap upon themselves.

The greatest thing that has come from my marital experiences is that I am married now to husband four and have the opportunity to get it right in a loving and mutually respectful relationship. I am thankful that my husband of three years - a gentle, intelligent and kind man - did not write me off six years ago when we met due to my red-flag-filled marital history. Instead, he sensed my genuineness and chose to experience me first-hand, over time, so he could make his own conclusions.

He says he was also encouraged by the fact that I was single quite a long while after my third marriage - almost 10 years. During those years I had not had one significant romantic relationship and had spent the time raising my two children (from marriage number two) and attending graduate school to become a marriage therapist. He was aware that I had been determined to figure out what what happened and spent enormous time and effort learning what I could about myself and the failed marriages so I could stop the pattern.

My marriage history makes me a better marriage therapist. I have a great deal of empathy for my clients and all they go through in a marriage that's not working. I can report from painful experience what getting divorced feels like, how it plays out over the years, how children and extended family are affected and react, the loneliness, what it's like to be a single mom, to date (awful), and how scary it can be to re-enter school and the workplace after many years.

I found divorce to be an agonizing experience containing numerous unforeseen after effects, and this flavors my strong bias to save marriages that can be saved. At the same time I know that if one or both people aren't willing to work and change a situation that is tearing each other down, it is often an act of courage to walk away.

For some reason, my clients seem to get comfort from the fact that I have had almost every marriage experience one could imagine, and I share with them the many ignorant and naive choices and decisions I've made in my 57 years. I think they find hope in the fact that yes, I have been blind, but now I see and thrive in a most positive way.

The reason I thrive is that I finally grew up and faced what I was doing to create the relational messes I got myself in, which is a crucial step in turning your life around. When I faced the things I didn't like about myself, I was able to do something about it. The most painful truths I had to acknowledge were:

• I was dependent financially on others. Until my 40's, I had never wholly supported myself financially. I always had relied on my dad or husbands or some windfall to supplement me so I could enjoy the upper middle class life I longed for.
• I desired to be near power and ambition. Like moth to flame, I was attracted to highly successful, powerful, ambitious men who basked in the spotlight and boy did I love tagging along. This was something learned in childhood from my family who gave standing ovations when anyone hobnobbed with the local rich and powerful. The problem is that this type of man is usually more interested in their success than anything else.
• I could not be alone. In my early adult years, I was literally terrified to spend a night alone in a house, so I would get myself in relationships to avoid that, and when it became apparent to me that the relationship wasn't working or fixable, I wouldn't do anything about it until I found someone else to slip in their slot.
• I wasn't making something of myself because of shame. I ridiculously thought I wasn't smart enough to excel in the fields I was interested in, so I didn't pursue what I might have if I had believed I could. Instead, I married men who had what I didn't and rode along on their back.

Once I realized what I was doing, it was a short walk to conclude that I needed to:

1. Do whatever it took to become financially independent doing what I love. This meant facing my shame about not being smart enough to succeed in graduate school and start the process to become a therapist. My new healthy thought was: "You are going to do whatever it takes to get into grad school and to pass the classes. If you fail, at least you'll know you tried and we'll figure out something else." Once I knocked out the prerequisites and got into school I loved it and excelled. Now I had proof that I wasn't as dumb as I thought. The year I graduated (2006) I was able to support myself and my children financially for the first time.

3. If success and ambition was important to me, I had to get it for myself, but as I got healthier I found I didn't require it anymore, so I adjusted my value system to finding a simpler life with people who have integrity, are positive-minded and kind, and who really care about me, and me about them.

Each one of my marriages contained an important life lesson that I needed to learn so that I could become the person who is able to passionately help her clients in their own life and marriage struggles. I'm thankful for the wisdom and compassion gained, and the peace and contentment that came from the journey.