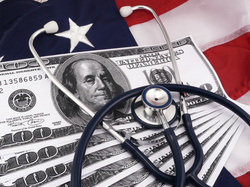 While the United States Federal Bureau of Prisons has done a great job of promoting itself as the global leader in the humane treatment of prisoners, the reality is that the BOP is now operating at 143 percent of capacity, and its ability to deliver services to the 215,470 men, women, and children in its custody has been greatly compromised in recent years. A scathing report presented to Congress by the General Accounting Office in 2012 only served to underscore this fact.

In no area of federal incarceration is this systemic overburdening of resources more evident than in the state of its medical care. According to USA Today, some 10 percent of federal prisoners are on psychotropic medications, amounting to $32 million in expenditures in the last four years alone. As the federalization of American law has resulted in exponential increases in prosecution for crimes like the possession of child pornography and white collar offenses, the federal prison population is moving toward becoming older, and more infirmed.

To serve this aging population, the Federal Bureau of Prisons has resorted to massive cutbacks in services. The result is that inmates are required to pay for most of their medications and even "sick call" visits, they have also reduced most medical care. They're also increasingly reliant on the use of "Primary Care Provider Teams" for treatment, meaning lessening involvement of MDs or RNs. And while this model "official" provides the acceptable minimum standard of care, it has been catastrophic for many inmates.

Today I sit down with Sangye Rinchen, a federal prison inmate incarcerated for bank robbery at FCI Petersburg -- a medium-security federal prison in Petersburg, Virginia. Sangye is not your typical American prisoner: She is not only a transgender woman (born male, and in the process of transitioning to female), but she also the leader of the Buddhist group here at FCI Petersburg. I have profiled the group elsewhere, and I urge readers to take a look at how the group helps facilitate prisoners from different backgrounds coming together to collectively meditate and worship. Her position that often sees her helping to calm others' rage and anger -- all while keeping her own frustrations in check.

Her frustrations primarily relate to the deplorable medical treatment that Sangye has been receiving for her leg, a serious condition that has been causing her severe problems for the past three years. For all that time, adequate medical care has been out of reach for her. The issue appears to be one of nerve function, and a condition that seems to be progressive in nature. Sangye's condition has continued to deteriorate to the point of requiring the use of a cane, and a self-made foot/ankle brace, since one has not been forthcoming from prison medical staff.

And with a fall in the recreation yard this morning -- something that occurs several times a week now -- she has finally decided to tell her story to me in the hopes that someone, somewhere might be able to help put her pain and misery -- and this negligence -- to rest.

Is it true you have been waiting for over two years for treatment for your leg? How can this be?

Yes. I've been waiting to get actual treatment for my leg since early 2012, when I noticed my foot wasn't working right. It took me a year to be seen by a doctor, an orthopedist, but he took one look at my gait and asked me if I had had a stroke. He said he wouldn't touch me, and that I needed to see a neurologist. I'm still waiting for that to happen. I've had an X-ray and in early 2014, I received an EMG test (electromyogram) at a local hospital. The doctor running the test asked me, "Why did you wait so long to come in?" I wish I knew.

Apparently, these are injuries to my knee and leg that keep the nerves in my left leg from getting electrical signals. The muscles don't respond. It's gotten worse, so now my whole leg just twitches and spasms all the time. It's pretty painful.

He told me that I may have already waited too long, that the nerve damage to my leg might be irreversible now. The test confirmed my leg isn't really functioning, and the doctor also said I need a neurologist. He also recommended an MRI of my spine, but even that hasn't happened.

That seems absurd. How badly has your injury progressed?

Well, I can barely walk now, and standing up is a real task. I don't sleep much because of painful muscle spasms.

It's very frustrating to me because until I got hurt, I was an avid runner and taught yoga here at the prison. I can't do any of that now. Just walking to the chow hall is a chore. It's a nightmare for someone who was once so athletic. Frankly, I'm terrified I won't be able to walk anymore. Prison in a wheelchair . . . I can't imagine it.

Don't you complain? Don't they see you hobbling along?

The two times I've been seen by a doctor came as a result of filing administrative remedies and threatening a federal lawsuit. At least twice a month, I talk to the Physician's Assistant in charge of my case, but his hands are tied. He did at least give me a cane last month, and I'm trying to get used to that. At least I don't fall down as much now.

When I confronted the higher-ups to complain about all the delays, they usually just tell me to be patient and pass the buck.

I see that you have a brace on your lower leg. Doesn't that help?

Well, the brace is homemade, but it helps. Earlier this year, they agreed to refer me to an orthotics person, to get a real brace, but now they tell me he has been "out of the country" for quite some time.

Surely, there's more than one brace maker in America. I'm sure that the ACLU knows of a few such doctors, and might even be ripe for the challenge to locate one for you.

Yes, I thought that too. I'm filing paperwork on it. That seems to be the only thing they listen to. I really need a real brace, but they don't seem to care.

As for the ACLU, I haven't had any contact with them, but if they, or any other legally-minded groups, would like to help, I would be grateful. I just can't seem to get treatment on my own.

What is your status now? Are you waiting for further care?

Well, I'm now waiting for that MRI. The warden answered my recent written complaint about the delay by telling me that I have "been scheduled" for one, but the medical department doesn't seem to know about that. They told me I was waiting to be scheduled for one. Someone isn't telling the truth.

An MRI isn't treatment, though.

Well, I have been told that the MD isn't going to see me until I "finish the testing," so that's my battle right now. I feel like I'm running out of time -- if I don't get some help soon, I'm not going to be able to walk anymore.

It sounds like you're in some Third World country, waiting for a doctor to arrive by riverboat.

(laughs) Yeah, it sure feels that way. Except this is the Federal Bureau of Prisons that we're talking about, not a village in Africa.

What can the average person do to help you get some medical treatment?

I really don't know. Say a prayer for me, I guess. Nothing else seems to be working.

And with this, the interview concluded. Sangye grasped her seat to steady herself as she stood, took a hold of her cane, and made the laborious trek out of the FCI Petersburg Education Department. While the prison doesn't seem interested in providing her care, her friends do what they can to assist. They carry her tray in the chow hall, haul laundry up to, and back from, the Laundry Services building, and do whatever they can to make movement that much less obstructed. Sadly, without care, his condition may continue to degenerate.

My fear is that Sangye might take another tumble, but not get up or be even more seriously injured. Maybe this would force FCI Petersburg to treat her condition with the seriousness it deserves. Then again, perhaps they wouldn't even bring the medical cart over to pick her up, and just allow her friends to deal with it as best as they can, with more homemade solutions. But hopefully that story will never have to be told. Hopefully Sangye will be able to walk unimpeded once again.