A “meditating” mummy has been found in Mongolia.

That's right. The mummified man--seated in the lotus position with his legs crossed and arms folded--was found last week in the Songino Khairkhan district of Ulaanbaatar, the country’s capital, according to Mongolia’s Morning News.

"This is an immensely important discovery that is in line with Buddhist practices in the region,” Dr. John W. Olsen, a professor of anthropology at the University of Arizona and executive director of the Je Tsongkhapa Endowment for Central and Inner Asian Archaeology, told The Huffington Post.

The Siberian Times reported that police recovered the mummy from a man who had been storing it in his home after finding the remains in a cave. The man allegedly had plans to sell the mummy on the black market.

Experts estimate that the body, which was covered in animal skin, is around 200 years old, according to the Siberian Times. It has reportedly been delivered to a state-run forensics labs in Ulaanbaatar for further analysis. 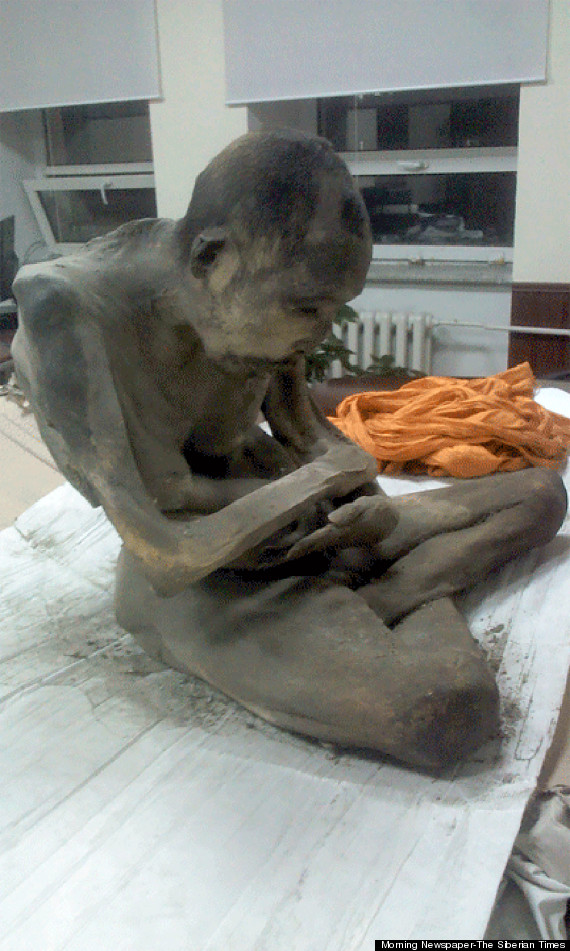 The mummification of especially important spiritual leaders, or lamas, is a Buddhist tradition in parts of East and Central Asia, according to Olsen.

Further analysis of the body could “enhance our understanding of how the various lineages of Buddhism that originated in India ultimately found their way north, through Tibet, and into Mongolia,” he said.

Weather and burial conditions may have played a role in the body’s preservation.

“Most such mummies that I’m aware of are ‘natural’ in the sense that they have not been subjected to extensive embalming practices as their Dynastic Egyptian counterparts were,” Olsen said. “Rather, a combination of a cold, dry climate and careful sequestering of the body in a spot that is not subject to radical fluctuations in temperature and humidity account for most of the corpses’ relatively good state of preservation.”