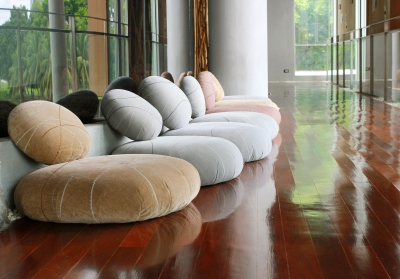 Image courtesy of nuchylee at FreeDigitalPhotos.net

We are all put on earth to explore and find our own true happiness, right? That much we know. How can we not with all the books, stories and movies about how to attain this elusive state. Like a diet that never began, the end result is unattainable until you find "the way." I believe that for me personally, the answer lies in prayer, but I'll be the first to admit I'm not very disciplined. I know, mind what you say after the words, "I am... " Still, I cannot tell a lie. I cheat by rushing through it and yes, I feel guilty. I yawn (surprise!) in church. I'm not perfect, but my noodle tells me that mere reciting, guilt and impatience is not going to cut through even a strand. My noodle's half wrapped in its own plastic casing.

How do you ACTivate and find true happiness? How do you find the AWE (abundance, wisdom, enlightenment) many want but few are privy to? The three words are found in the word "ACT" -- awareness, clarity, transformation -- but the catalyst lies in the dots in between (forgiveness, love, faith, peace). And if "awareness" is the starting point, what's the precursor?

We've all received phone calls from long-lost friends who call just as we're thinking about them, but did you know that for every manifestation there is a birth process? As your awareness level widens you begin to magnetize more frequently. Recently, I found myself in dire need of some R&R. In fact, for two years I had been contemplating a relaxing (ha!) weekend retreat to the Sivananda Ashram Yoga Ranch in Woodbourne, New York. Although a mere three hours away, getting there has been a project three years in the making, tucked away in my subconscious, but always at the surface until it was re-tucked by more excuses and procrastination. Yet here I was -- excited because I'd remembered I had $30 in Groupon credit and excited at the possibility of finding a great spa deal. Instead, with one hand on the 2011 Ashram brochure and my other hand's fingers on the keyboard, I logged into my account and all of a sudden the screen screamed "Sivananda Ashram Yoga Ranch at 50 percent off." Even half of a strand of noodle would render it a clear sign -- or offer not to be refused! Little did I know that this no-brainer would not only be the best thing for my brain, it would change my life and lead me to the next step in my journey.

Greeted by the friendly staff and overwhelming sense of calm enhanced by a tantalizing fragrance that consistently wafted through the ashram's magnificent 77 paradisiacal acreage, I was given the daily rundown of activities and (gasp!) told that 5:30 a.m. was my wake-up call (pardon the pun). I wondered if I'd made a mistake coming here, because I had become accustomed to falling asleep at 4 a.m. and rising at 12 p.m.! I could teach a crash course in "Climbing Down the Rabbit Hole of Night Owlism." After a 4 p.m. yoga session followed by an unexpectedly delicious vegan meal, this carnivore participated in "satsang," a two-hour session of breathing, meditation, kirtan (chanting) and teachings. Though I knew 30 minutes of reflective meditation was meant for stilling the mind, my intention was to use it as a prayer session to repent and alleviate my guilt. It worked! I did not fall over snoring and I achieved my goal!

Morning came and with it the dreaded bell and 5:45 a.m. chime. I wanted to crawl back under the toasty covers, but somehow managed to find myself again at satsang. I can't begin to describe the experience. Everyone says that the quieting of the mind is a difficult thing to do. As an aspiring pilot, practiced mind control comes relatively easy to me; more challenging was the urge to wipe away the stifled yawn-induced suppressed tears, but thankfully I was able to let my mind succumb to a tranquil state of surrendered serenity. It felt heavenly to be enveloped by the whispers of quiet breathing and humming cicadas. Kirtan was as uplifting and vibrational as the night before, and I enjoyed the lesson given by Mahadev Chaitanya -- our wise, young, humorous instructor.

Meditation continues to work its way through my mind, body and soul, transforming this high-energy New Yorker into a mushpot of heavenly mush. It is in this bliss-like state that I feel closer to that inner peace which allows for a deeper state of awareness and thus longer periods of prayer and more meaningful connection to God. It is in this unclogged state that I find myself stepping closer to my desired AWE.

Awareness can come at any time, at any price, but for an expedited path to true happiness, my money's on meditation.

For more information about Caryn Chow, or to pick up a free copy of her guide, "7 Secrets for Blissful Living" at www.carynchow.com.