Photography and words by David Gregory.

For as long as I've been a photographer, I've always been attracted to subjects that are whimsical and irreverent. I've never felt the compulsion to create world changing images, or work for Magnum - although like many others I probably would if given the chance - instead, I grew up admiring the likes of Arbus, Friedlander, and Eggleston. The Abject; the Abstract, and the Other held far more fascination for me. My work has changed many times over many years, as many photographers' images do, but often, at the heart of it all are people that just refuse to comply; seemingly ordinary people who do extraordinary things.

Fuelled in part by my own feelings of disconnection with many mainstream social activities, but never really stepping over some invisible line in the sand into eccentricity myself, I often feel rewarded by working with such people and find it balances my own idiosyncrasies with the conventional day to day work life we all have to endure at times.

In early 2014 a group of people were brought to my attention via social media that fascinated me in a way that made it important for me to document them: a community of people who dress as, fantasise about, and wish to be Mermaids. This work charts my time working closely with five British Merfolk: Katherine Arnold, Lily-Rose Sheppard, Vaughan Hughes, Toni Mishell, Caitlin Orr and Becki Culver. 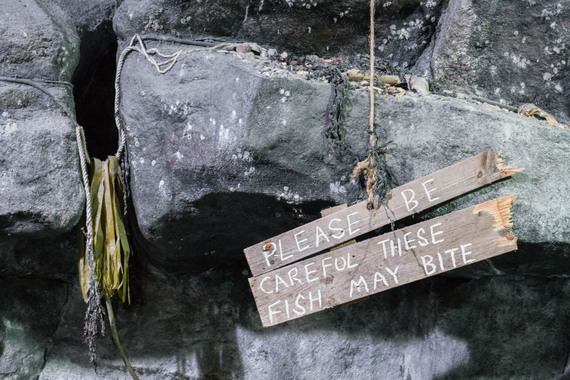 As an educator as well as photographer, I sometimes keep in touch with my
students after graduation, and it was one such student that alerted me to the fact that
there was a something starting to emerge as a new alternative lifestyle, or pass-time
- I wasn't quite sure which. She had posted some images on social media of the
work she was doing on her new 'tail' and straight away I was intrigued. I messaged
her to ask what this tail was, what it was for, and what you do with it. The reply
resulted in instant fascination, and this was clearly something that needed documenting.

I was surprised upon researching the subject that despite being a mostly
unknown phenomenon here in the UK, the whole notion of dressing as a mermaid
is not an entirely new concept at all. 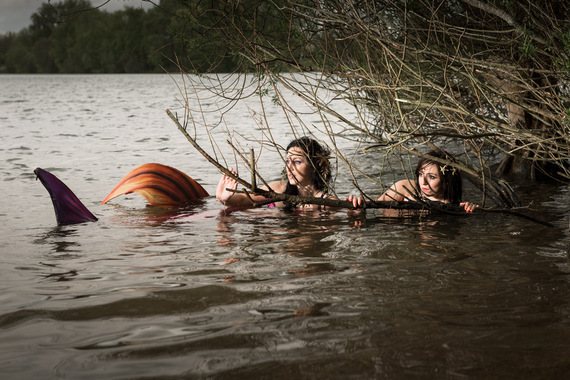 The modern history of people dressing as mermaids for entertainment or pleasure, and the beginnings of the 'Mer' community can probably be traced to the Australian swimmer and film actress Annette Marie Sarah Kellerman who performed a mermaid based aquatic act in Melbourne at the turn of the twentieth century, and in 1911 was the first person to be recorded on film wearing a swimmable mermaid costume by starring in the film 'The Mermaid' and went on to star in six more. Kellerman's life was celebrated in the 1952 Mervyn LeRoy film,'Million Dollar Mermaid'.

While relatively unheard of here in the U.K, mermaiding has enjoyed a slightly broader appeal in the United States quite possibly because of the Weeki Wachee Mermaids. Founded by a lifelong swimmer; swimming coach; consultant to Hollywood and US Navy SEAL trainer Newton 'Newt' Perry in 1947, Weeki Wachee Springs was a water theme park where the performers, mainly young girls, demonstrated their underwater prowess by performing a range of tasks such as eating, drinking, or even typing under water. Perry had devised a way of using mechanical pumps to deliver air to the swimmers via pipes concealed in the underwater scenery, and as a result the swimmers appeared to remain underwater for long periods of time. The acts were expanded and developed and predictably, mermaids became top of the springs' bill. Weeki Watchee Springs became ever more popular, and is a nationally known holiday destination, and being a mere 35 miles from Tampa,- Florida many international tourists visit the springs. Further popularity was gained in 1984 when Daryl Hannah appeared in the Ron Howard movie 'Splash', closely followed by Ron Clements' Disney adaptation of Hans Christian Andersen's 'The Little Mermaid'. The mermaid therefore has a surprising amount of popularity in recent popular culture as a result. 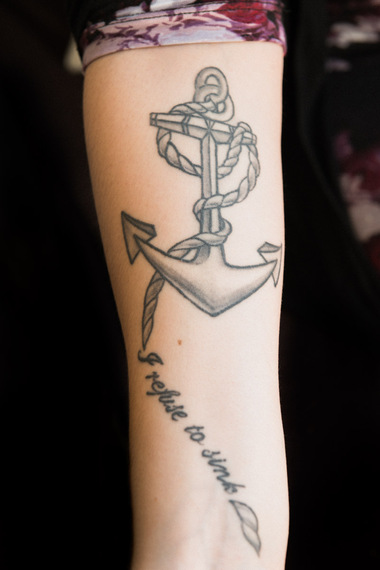 As with most people who do what they love doing, some find a way to make a living from it. As mermaids have been a source of story and entertainment for hundreds of years, it was inevitable that those who enjoy dressing, and acting out part of their lives as mermaids should be enterprising enough to earn a living doing just that. Just as Annette Kellerman did over a hundred years ago, today's mermaids seek rewards for their time by performing a range of roles, from children's entertainers, to performers in public aquariums, and as models for amateur photographers. Almost all mermaids I've spoken to have aspirations to perform professionally. Out of the four British mermaids I've been working with on this project, three of them already do; Lilly Rose, Becki and Toni. 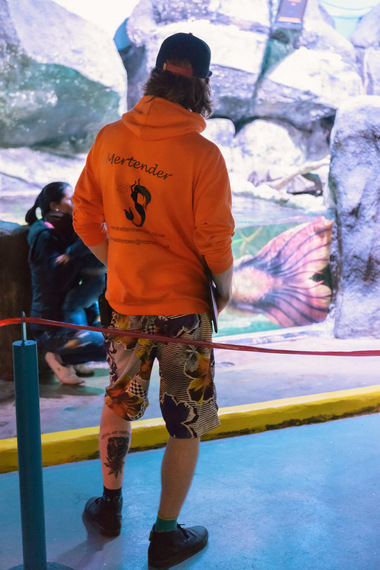 I came to this project like I do all my projects. As an outsider looking in. As a photographer, I enjoy having my preconceptions challenged, and while I imagine myself a broad-minded, enlightened person, I had a great many assumptions about who 'merfolk' were. While those stereotypes in no way engendered negativity towards them, I have to admit I assumed a great deal about the kind of person who spends so much money to dress up as a mermaid. I have had all those presumptions wiped aside however. While I still can see how a certain profile of person may have a need to withdraw into a fantasy such as this, I can now see so many parallels between such people and myself that I would have probably chosen not to see before. I withdraw into computer games; I withdraw into photography; I withdraw into cars. They're all robustly tried and tested, super-normal activities though, so that's OK. Except it's not. Not really. While dressing as a mermaid may seem unusual, or even something to ridicule to some, especially when it is men who dress as mermaids, it is nothing but an expression of free will and individuality - just people assuming an identity with something they feel an affinity towards. In a world of increasing globalisation, that ironically seems to foster more nationalism and intolerance year on year, it is surely not such a bad thing to wear a tail, have fun, and perhaps remind a few people that the water we take for granted is a finite source along the way.

"Success in modern times has introduced unprecedented predictability
and plenitude into human life. This ought to ensure happiness,
but it doesn't; it doesn't even ensure deep security". Yi Fu Tuan. 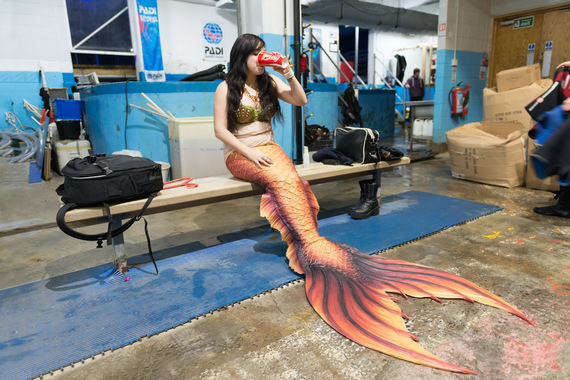 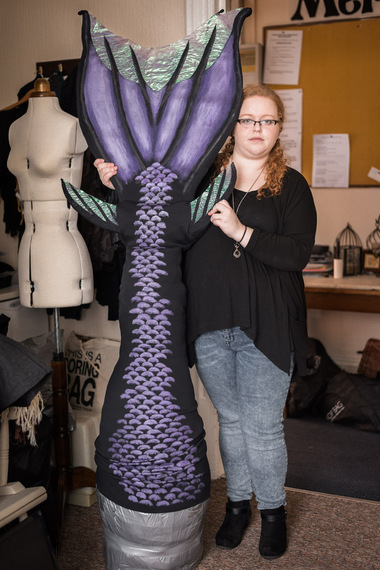 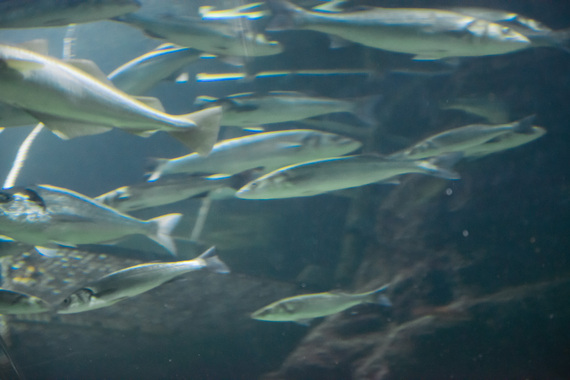 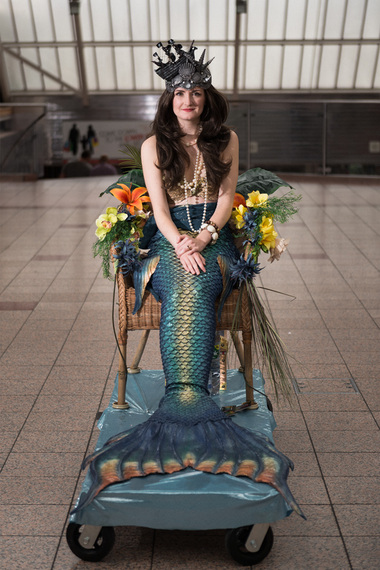 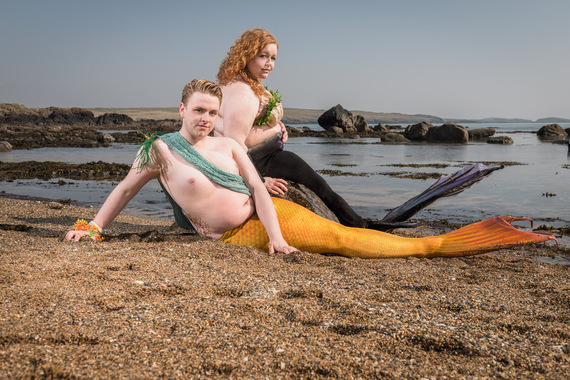 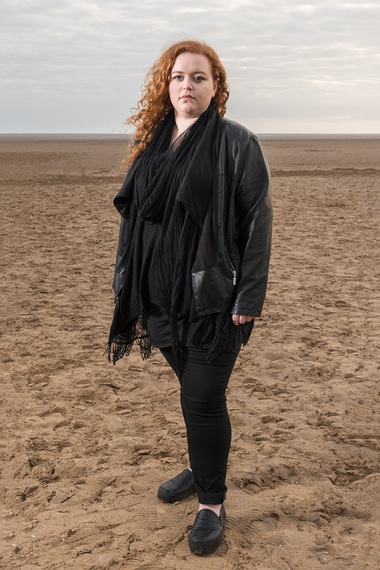 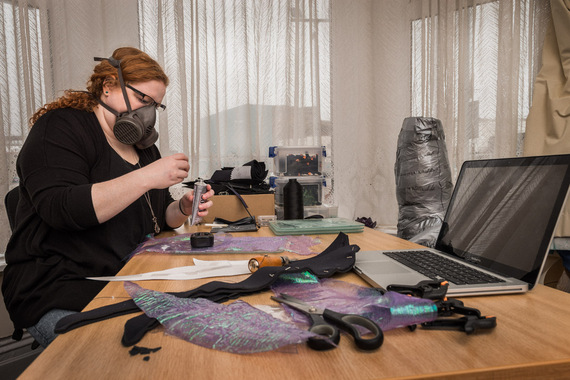 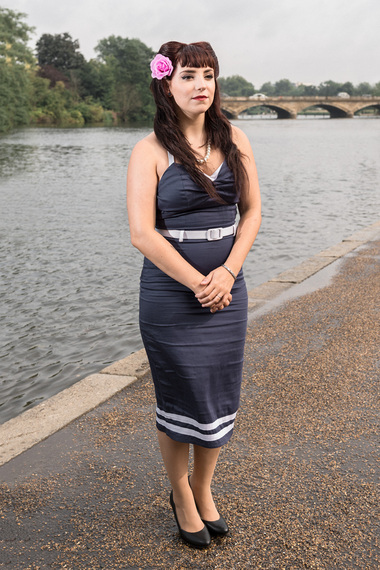 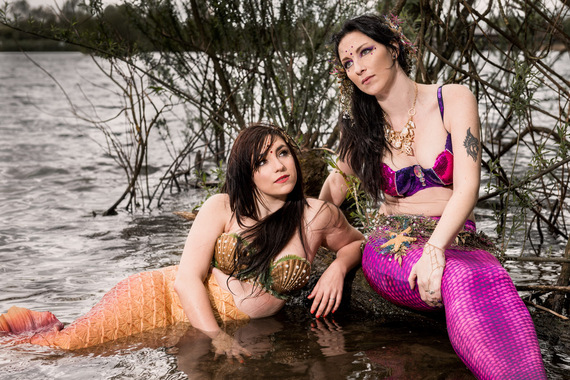 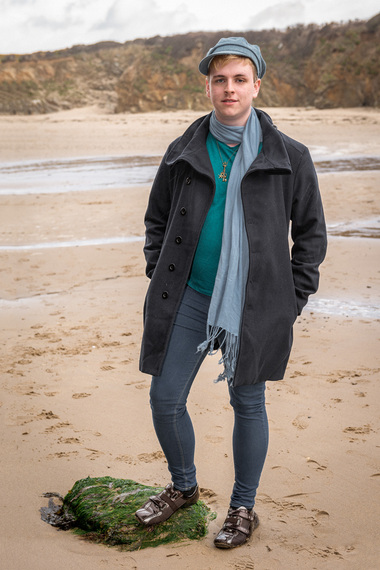 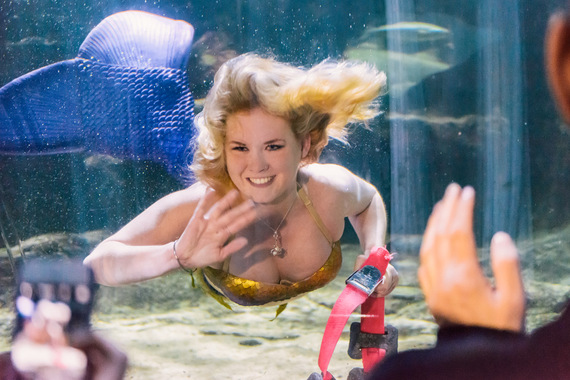 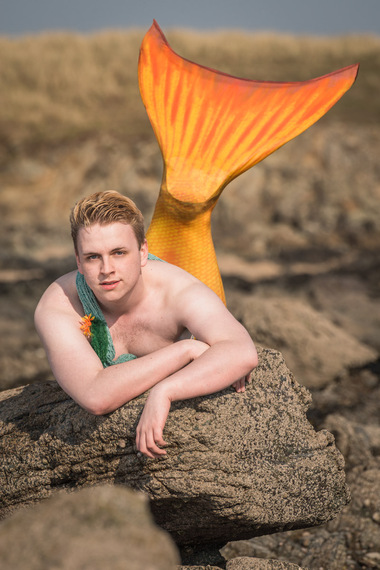 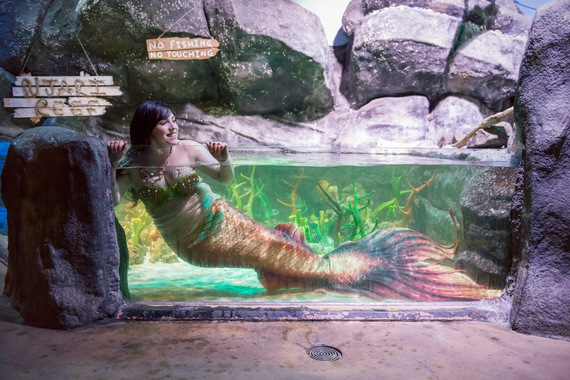 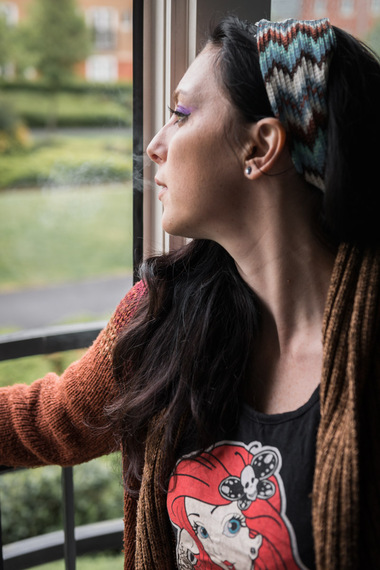 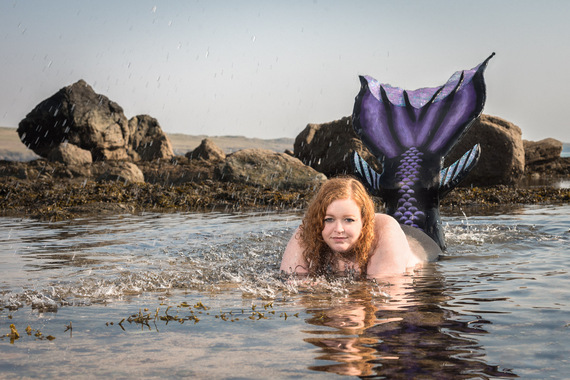 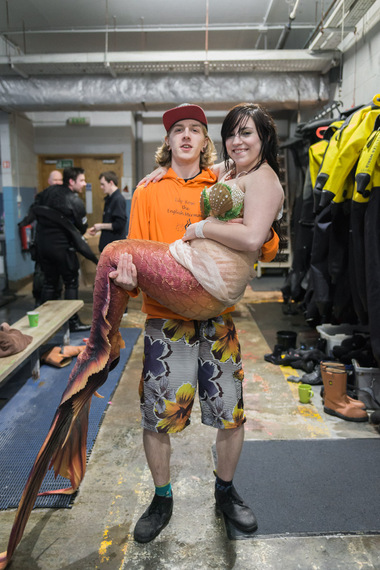 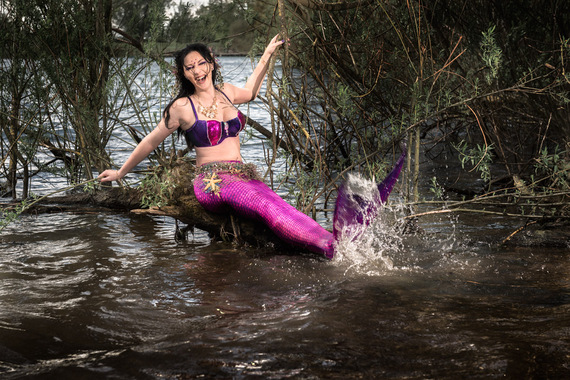 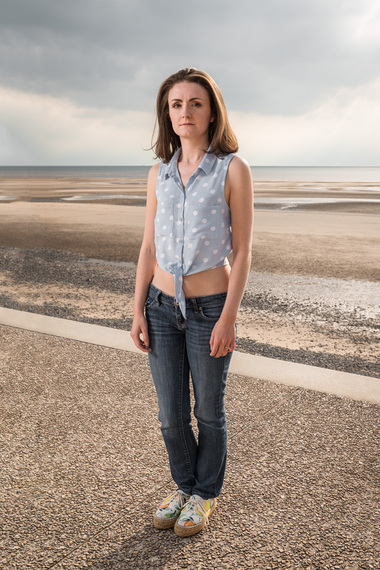 Photographer and Educator. Lives in the north west of England.