According to the Washington Post, the First Lady ordered a highly caloric meal of burger, fries, chocolate shake and Diet Coke at the new Shake Shack in Washington D.C. (The Post calculated the amount to be about 1,700 calories. For more info on the calories in Shake Shack meals, check this out: http://www.nutritionix.com/shake-shack/nutrition-calculator.)

Now, some are crying foul, considering the First Lady has been leading the charge against child obesity through the Let's Move campaign to promote exercise and healthy diet for America's kids.

The pseudo-scandal is reminiscent of the controversy last month over President Obama's sausage-featured photo-op with British Prime Minister David Cameron. 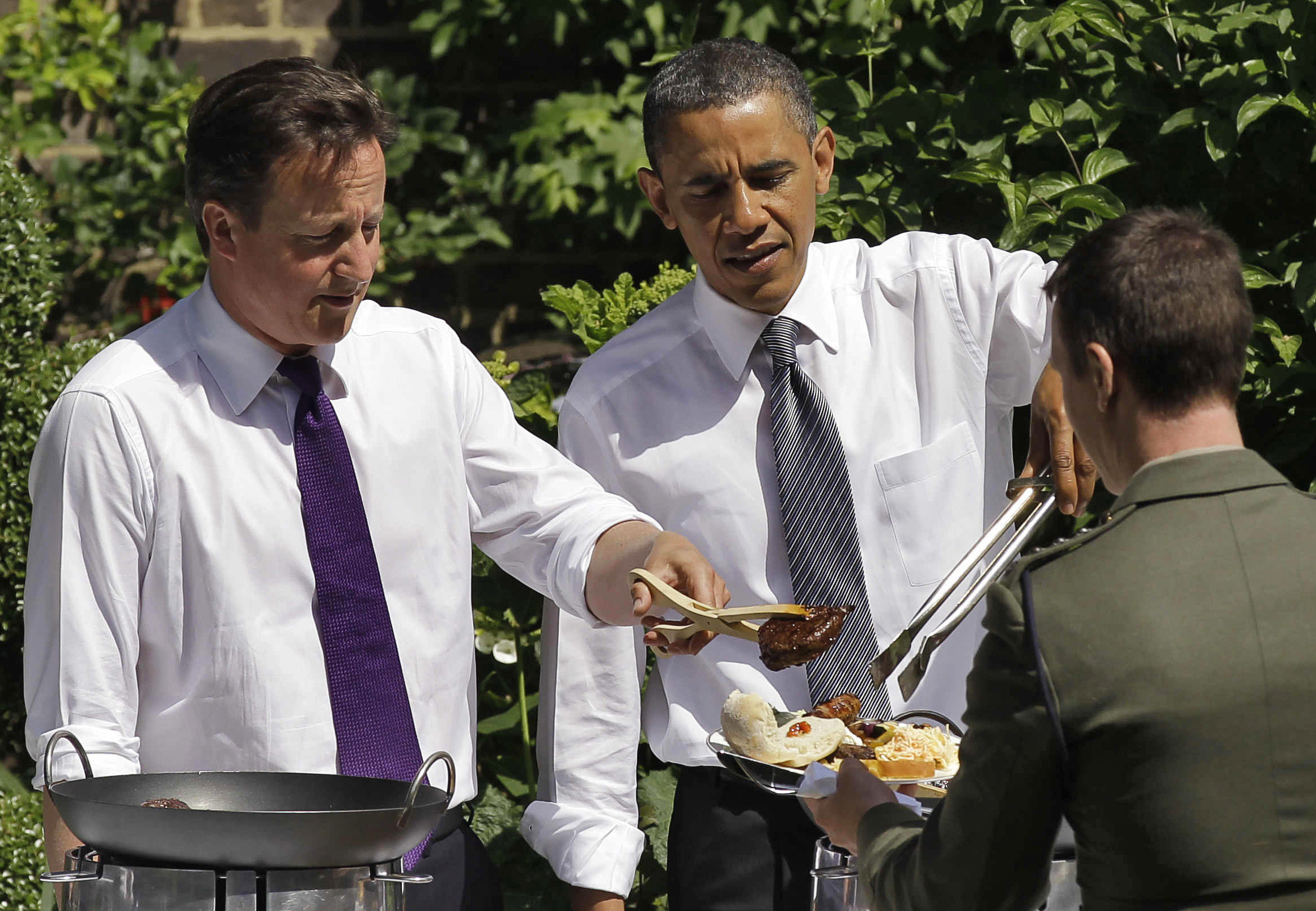 Is the criticism warranted? To what degree should the Obamas be perfect role models of a healthy diet?

Neil Barnard, M.D. president of the Physicians Committee for Responsible Medicine, wrote on The Huffington Post:

The First Lady's signature anti-obesity campaign -- Let's Move -- is no match for the administration's ongoing purchases of sausage, cheese, burgers and other fatty foods that are sent to schools everyday. And the U.S. Department of Agriculture continues to bow to the interests of meat lobbyists and heavily subsidize the production of meat and other unhealthful foods.